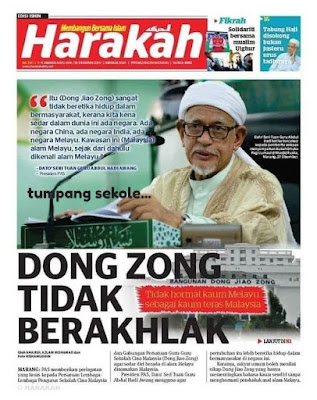 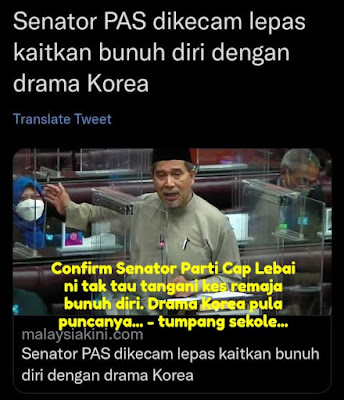 Drama Korea atau Drama Kelantan...- dr.ts
Malaysians are getting frustrated with the cabbage policy. Please revert to the status quo. Enough of helping crony companies at the expense of good internet connectivity due to the withdrawal of tech giants. Sudahlah. Enough is enough. - JazliSalleh
Instruction has been given to Wee Wee that the cronies need to be protected at all cost. Cronies are bigger than national interest. Wee Wee is unable to let Rakyat knows that this is the case. Wee Wee job is to do and die. Wee Wee is not to question why. So when issue has been blown up, Wee Wee is on his own. His PM has disavowed him. None of his cabinet ministers stood up for him too. Poor Wee Wee. Wee Wee has become the unwanted child. This is the problem when MCA has 1 seat with no friends around to defend him. In Malaysia national interest is not in the vocabulary when cronies are concerned. The cronies rice bowl needs to be protected even though they cannot do the job. It is a protected privilege. Even after 60 years, cronies need protection. It shows that the cronies cannot compete on even terms. Sad sad case. - Oct
I am quite curious. The cabotaged detail explanation is not just for Wee and Lim. The entire Malaysian wants to know now. - VioletCat3443 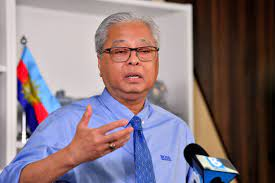 Committee formation reflects govt's
inability to make wise decisions...
Prime Minister Ismail Sabri Yaakob has announced the formation of three committees. One to conduct a comprehensive investigation into the death of firefighter Muhammad Adib Mohd Kassim.
One for the allegations made by former attorney-general Tommy Thomas in his book about judicial abuse (appointment of judges, excessive executive interference in the judiciary and selective political prosecution).
Committee three is to look for a “Tort of Misfeasance” against those who are found to have been negligent for not pursuing a judicial review of the Pulau Batu Puteh case.
Unfortunately, the formation of the three committees reflects the government's pathetic inability to make wise decisions on important issues in the country. As they say, if you don't want to make decisions, form a committee.
In July 2020, the police had already submitted investigation papers (IP) to the Attorney-General’s Chambers (AGC) to charge 12 people for their involvement in Adib's death. Why was this not done? You do not need a government committee to do justice; you ask the AG. A phone call will do.
If the police had asked for another inquest at the same time, then you ask Home Minister Hamzah Zainudin: did the police know what they were doing? If they don't have enough evidence to charge anyone, say so. Public or political pressure should not influence the decision of a professional police force.
I hope this special committee into Adib’s death will not be used to ‘compel’ the attorney-general to make a decision. The law gives the AG the discretion to decide to charge or not to charge anyone, based on evidence, and nothing else, without fear or favour. The question is, does our AG have the qualities to do that? That's all we need to know. 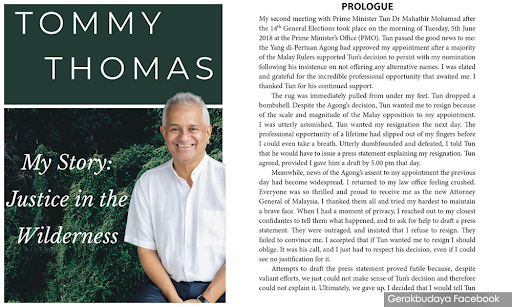 Thomas entitled to his opinion
What Thomas said in his book "My Story: Justice in the Wilderness" was nothing new. It is his book, and he is entitled to express his opinions. If you don't like it, don't read it. There is absolutely no need to waste money on more findings. Since the days of the famous VK Lingam’s "looks like me, sounds like me, but it is not me" quote, we have been grappling with the issue of judicial independence.
Although things are better now, there is no guarantee that political interference by politicians has ceased entirely. The Royal Commission Inquiry (RCI) on Lingam tapes recommended criminal actions be taken against those involved in "judge fixing", but the government refused to act on the recommendations.
We have over the years RCI such as Mohamed Dzaiddin Abdullah’s recommendations on police reform, special committees on custodial deaths, foreign exchange losses in Bank Negara, and many more, but nothing by way of remedial actions were taken. Why do we want to waste more time and money to look good to the unsuspecting public by forming committees?
'We did not lose anything in Pulau Batu Puteh case'
The third committee on Pulau Batu Puteh is the craziest of the lot. We lost the case on the sovereignty of Pedro Branca/Batu Puteh (the lighthouse) fair and square.
A total of 14 judges of the International Court of Justice (by a comfortable majority) gave the decision to Singapore. But the judges gave the middle rocks and South Ledge to Malaysia. We won partly. We did not lose everything as our emotional leaders were fond of saying. 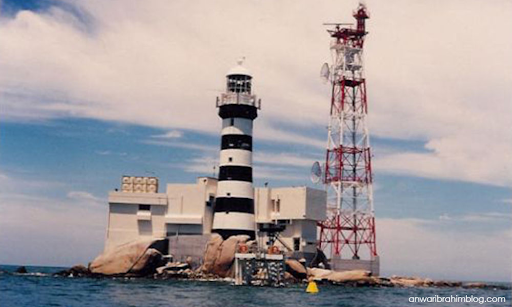 What tort of misfeasance are they talking about?
Do they want to find fault and blame former attorney-general Abdul Gani Patail? What review Apandi Ali and the battery of new international lawyers (that will cost us a few million US dollars) can do to benefit the country? Nothing at all. Gani (a good lawyer) engaged some well-known international law experts during the trial, and our witnesses were the best we had. We just lost the case after three full days of arguments.
By the way, is no one competent around here to do a "judicial review" of complex international law issues that took the International Court of Justice months to investigate and deliberate; that depended on history and incomplete documentation to boot?
It would be a bad precedent if Apandi’s committee was formed to find fault with his predecessor Gani and the AGC at that time because one day there will be another special committee to look at Apandi’s and Idrus Harun’s “tort of misfeasance”.
Do we expect this committee to also find fault with the assistant Johor state secretary who in 1953 wrote a letter to the effect that Johore had no claim on Pedro Branca? What good will this do?
I think the prime minister has to be more careful with the advice he gets from his Umno colleagues, who may have "other reasons" for going against certain former decision-makers in the country. Ismail Sabri must realise that if we take too much time looking back, we will have little left to move forward. - Zaid Ibrahim,mk 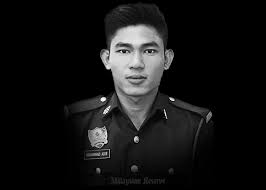 Guys, all decisions of the International Court of Justice or ICJ are final and CANNOT be appealed. Please read for yourself here. Unless new evidence is found that has not been submitted to the ICJ Court.
But as far as we know, in the case of Pulau Batu Putih (and also the case of Pulau Sipadan which we have won) Malaysia has already presented all kinds of evidence accumulated from over a hundred years ago. Unless Ismail Sabri has found new evidence that we can refer to, but if there is no new evidence, then this is just a ‘political toy’ before the State Election in Malacca.
Believe me, in their talk to the villagers, UMNO goons will twist the facts as if we can win back Pulau Batu Putih. The reality is the case is closed. Cannot appeal.
Similar to the case of the unfortunate Firefighter Adib. Trust me, Umno will accuse those people who have nothing to do with this case. State Elections in Malacca dah sampai... - Syed Akbar Ali 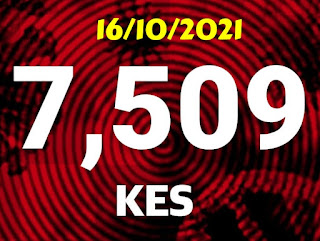