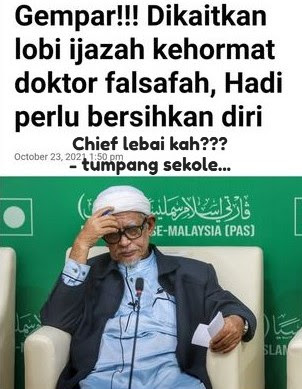 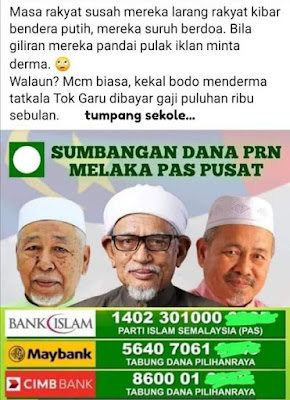 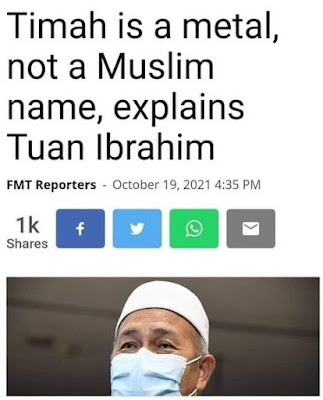 The Malays are an
easily confused people...
The religious zealots want to ban the use of Timah as the name of a whiskey because alcohol is haram and Timah can be easily confused with Fatimah.
There is a hospital in Ipoh run by the Christian Brothers called Fatimah Hospital. Maybe they should be made to change the name. We can’t have a Muslim name in a building where crosses hang and the Bible quoted and where probably haram food is served or at least the kitchen is not halal compliant. What would good Muslims think? That we encourage Christianity? It’s confusing isn’t it. But the Malay mind wasn’t just confused yesterday.
Remember the threatened jihad because roof lines bore a semblance to the cross? Remember the banning of the cross on buildings even if they are churches because that might influence us weak minded Malays? Remember the removal of all crosses in Mission Schools in case Muslim students are contaminated by the sight of the cross? 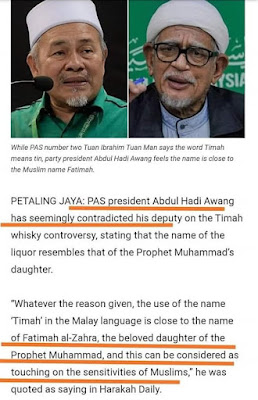 Just asking...
And what about the word “Allah” which is Arabic for God which Christians in the Middle East have been using for centuries and which Malaysian Christians have used for a long long time. We forbid the kaffirs to use the word in case we are confused as to their religion and accept them as brothers.
It is an insult to us Malays that our leaders (both religious and political) think so poorly of our intellect. But truth be told, it’s not about symbols and words which offend. I studied in a Mission School, I was not offended. I sang hymns and enjoyed Christmas carols; yet I have not converted. Najib went to a Mission School (it hasn’t broadened his outlook) and he is still a Muslim, even more zealous it would seem. Many of our young studied in the West in universities where Christian symbols abound. They have not converted.
We are not a confused people. If there is any confusion then it has to do with our leaders and imams who shout from the roof tops how holy they are but continue to steal and lie and cheat. We are confused why the self proclaimed champions of Islam behave in an unIslamic fashion. 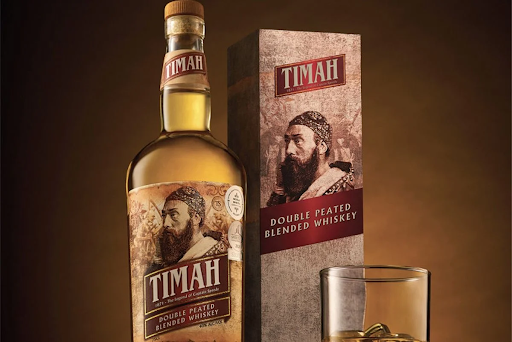 Timah Whiskey is another red herring like all the others; cast so that we forget that they have stolen from us and are still doing. They accuse the others of trying to turn this country into a Christian state.. They scream that Islam is being threatened and declare that they are the only people who can save Islam and the Malay race. They are the ones causing confusion because the Malays know it’s not the Nons we need saving from but crooked politicians and goateed charlatans in kopiah and Arabic robes.
Timah should be congratulated for producing a medal winning whiskey. Think of the foreign revenue its export will bring the country;  and the money we save with this import substitute; and of course the honour.

Whether alchohol is haram or not is not the issue here. I leave that spirited debate to Islamic scholars. However, according to Khaled Al Gendy a famous Islamic cleric and member of the Supreme Council for Islamic Affairs in Egypt, drinking liquor without getting drunk is not sinful.
During a talk show on DMC TV, Al Gendy said that getting drunk is haram, sinful and forbidden in Islam – not drinking liquor. But that is a debate best left to scholars of Islam. My gripe is with those zealots who intrude into the rights of non Muslims using the excuse that the actions of these kaffirs will confuse the Muslims and contaminate their minds.
How far do we take this? Do we stop Malay air stewards from serving alcohol. Or stop alcohol from being served on our national carrier? Jakim has allegedly raided some night clubs and arrested those Muslims who were serving alcohol. Is there a law on this or is the Religious Gestapo stomping on the rights of others not under their jurisdiction? From religious symbols to Arabic words and now the name of a drink.

While we are at it the government should ban the import of the following:
01. Aisha – a white wine from Italy. Aisha (“to live” in Arabic) is the name of one of the wives of Prophet Mohammed (pbuh).
02. Aman – in Malay meaning ‘peace’. This is a tequila from Mexico. We don’t want confused Malays finding peace in a bottle.
03. Amira – a common Muslim name. It is also a red wine from Spain.
04. Ayam – surely a great accompaniment for KFC or Ayam Penyit – it is a wine from Egypt. I don’t blame us poor Malays for any confusion here.
05. Bintang – the best selling beer in Indonesia. One way to get to space.
06. Omar - If you want to flourish and live long, drink Omar (a whiskey from Taiwan) because that is what it means in Arabic.However if you feel poetic drink Omar Khayyam (U.K). You can’t go wrong as the great mathematician wrote poems on wine after consumming it.
07. Cap Tikus - is a traditional arak from Sulawesi. There should be no problem here no one wants to drink rat piss.
08. Cinta – a sparkling wine from Italy. We don’t want confused Malays to take this bottled love to bed do we?
09. Sayang - If you don’t want Cinta take Sayang (a wine from France)..
10. Dara - If we are fed up of Cinta or Sayang then go for ‘Dara’ (Virgin in Malay)- a Spanish Red. Why wait for the 72? 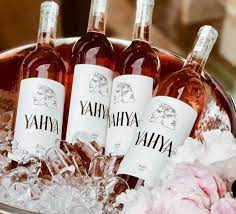 11. Tanya - If none of the above please you, you can Tanya (a wine from Israel) “Apa lagi?”
12. Jiwa - For those who worry about their soul they can take Jiwa (soul) which is a star fruit based wine from India.
13. Mata Hari - For those who want to see tomorrow, take Mata Hari (an alcoholic beverage from Austria).
14. Muaddi - Will our Religious Gestapo allow Muaddi from Palestine? The money is for a good cause.
15. Ramallah - Alternatively drink Ramallah also Palestinian and also for a good cause.
14. Raya - How about Raya to celebrate? This is an excellent wine I am told, from India – goes well with Nasi Mamak.
16. Yahya (God is gracious) a wine from Germany will settle all this confusion. Because God is truly gracious and has given us brains to discern what is good and what is bad. We don’t have to be whipped into submissive obeisance.(The above names courtesy of Coconut) 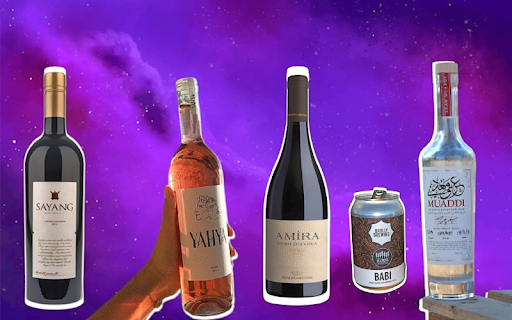 If I have been flippant then forgive me. How else to deal with this nonsense about confusing us Malays. Sometimes we have to laugh at the stupidity of some of these people, the alternative is to cry and I don’t feel like crying.
In Indonesia, the largest Muslim country in the world, other religions show off their symbols proudly yet no Indonesian has complained of being confused. They have Hindu symbols on their rupiahs yet no one has complained.
Our first prime minister Tunku Abdul Rahman was known to consume alcohol. When questioned he replied that he is only answerable to Allah. If drinking is a sin then Tunku’s sin is nothing compared to those leaders who lie and cheat and steal from the people. Ordinary Malays know that many of the Malay elite drink (there was a video of an ex-minister’s son drinking and cavorting with scantily clad women) but Jakim dare not knock on their doors.
We can find a thousand and one things to confuse us if we are so minded, each one more absurb than the last. No, Malays are not confused, Allah has given us good brains to tell  the difference between a munafik and an honest man, whiskey or no whiskey. Do what you want but don’t use us to stomp on the rights of the non-believers. Allah will judge them, not you.
In my opinion Malays are not easily confused and that if anyone is confused, it is our leaders and imams who claim to be holier than thou but continue to steal, lie and cheat. - Multatuli Murtadi 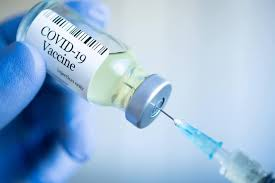 Covid-19 - Global Ranking of Vaccines...
US has grudgingly accepted the best vaccines are from China. America's New York Times reports that the TOP 4 Covid19 vaccines are all from Chinese manufacturers.
While many purported  Pfizer to be the best in the initial rollout of vaccines, its long term efficacy and safety ratings have dropped the much lauded vaccine to only sixth in the global rankings.
The safety rating of vaccines currently injected in Thailand - Sinovac and AZ are 2nd and 5th, while the demanding Pfizer is 6th. Report by The New York Times on Feb 5, 2021
In the safety ranking, the top four are all Chinese vaccines:
1. Sinopharm (China)
2. Sinovac (China)
3. Kexing (China)
4. Can Sino (China)
5. AstraZeneca (UK)
6. Pfizer (United States and Germany)
7. Modena (United States)
8. Johnson & Johnson (United States)
9. Novavax (United States)
10. Sputnik 5 (Russia)
Sinopharm has two vaccines, ranking first and second respectively.
China has exported more than 500 million doses of vaccines to more than 50 countries around the world, and it is estimated that over 200million people have been vaccinated with their vaccines.   Critically, China's vaccine accident rate is much lower and therefore making them safer.
As reported by Western media, many wealthy people in Britain actually fly to the UAE to get vaccinated with Chinese vaccines. The Chinese vaccines have collectively proven to be highly effective because they use the same old time tested methods of vaccine production for the last 50yrs. There are no long-term side effects as a result.
Unlike Western vaccines  that may likely display long term adverse effects in 10 to 20 years because of their unproven mRNA composition. 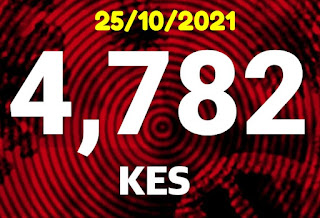