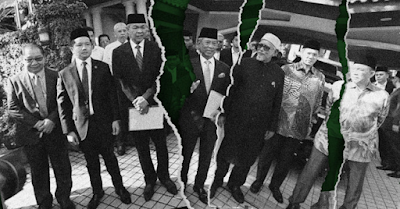 The 4th March earthquake
its and aftershock...
Malaysian politics has entered into a new and challenging phase. On 4 March 2021, exactly five years after the Citizens’ Declaration realignment, two parties in the ruling Perikatan Nasional coalition, namely Bersatu and UMNO, have officially severed ties and vowed to contest each other in the next general election.
As a result of the 4 March 2016 realignment between UMNO dissidents particularly Tun Dr. Mahathir Mohamad and the originally opposition parties especially DAP’s Lim Kit Siang, the decaying and corrupt one-party state under prime minister Datuk Seri Najib Razak fell on 9 May 2018. In a normal democracy, when a governing party loses election, the discredited leaders stepped aside for renewal. New leaders play the role of constructive opposition with the aim of winning the next election.
But Najib and president Datuk Seri Zahid Hamidi refused to let go. From October 2018 onwards UMNO, together with PAS, launched a campaign to burn the house down. The then Pakatan Harapan foreign minister Datuk Seri Saifuddin Abdullah pushed for the ratification of ICERD, which was first seized upon by self-styled progressive Khairy Jamaluddin, who alleged that the move was anti-Malay. A massive demonstration on 8 December 2018 cemented the alliance between UMNO and PAS, which was formally established in October 2019.
The aim was to seize power mid-way and not to win an election. To win an election, one needs to be able to win across a multi-ethnic population. A Malay-only alliance is not going to be electorally viable, a fact that I told Tan Sri Muhyiddin Yassin on 5 February 2020, my last meeting with him.
The 4 March 2021 official break between Bersatu and UMNO is an earthquake which will have multiple aftershocks: 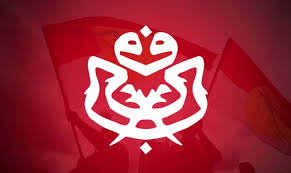 First, UMNO will break internally. UMNO is now in a precarious yet interesting position. I have long argued that the moment UMNO lost power in 2018, the party should look at Indonesia’s Golkar for ideas to survive in the long haul. Golkar continues to be relevant and winning about 1/5 of the votes in all the elections post-reformasi. UMNO will have to first disavowed the one-party “taikor” (big brother) mentality which imagined that it has the birth right to rule. UMNO has to learn to compete in a normal democracy without the aid of government machinery and cash.
Anyway, now that Bersatu is ready to use the full weight of the state apparatus to finish off UMNO, UMNO now enters into a civil war of who is to control UMNO. Those who support Muhyiddin would want to remove those who are against Muhyiddin. If pro-Muhyiddin leaders Datuk Seri Hishammuddin Hussein and Annuar Musa prevail, UMNO the brand will be Muhyiddin’s loyal servant and there will be exodus of those who lost.
But the likeliest situation would be those who are against Muhyiddin would prevail. Among those who are against Muhyiddin are leaders like Najib, Zahid and the court cluster who are toxic electorally as the Malay middle ground would still not accept them. Those who are anti-Bersatu will have to decide who would be the face to lead UMNO into the next general election when UMNO has to campaign as opposition party without the aid of government machinery and less cash compared to its time in power. 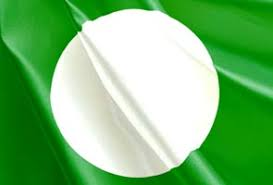 Second, PAS will have to choose. My bet is that, as long as Datuk Seri Hadi Awang is still around, most of PAS top leaders will stick with Muhyiddin though there are some who continue to press for collaboration with UMNO in futility. Since the exodus of the progressives in 2015, PAS has no more “assets” to realistically compete in states outside Kelantan, Terengganu, Kedah and Perlis. Therefore, the current PAS leadership is only seeking dominance in Kelantan, Terengganu and Kedah. UMNO has been permanent rival of PAS in these states in the past 60 years yet Bersatu has practically no bases there. What it means is that Bersatu could concede almost all seats in Kelantan, Terengganu and Kedah to PAS. In PAS’ calculus, as long as the party could win around 30 parliamentary seats, it would be a kingmaker in any government.
The risk is that in a straight fight with UMNO in Kelantan, PAS, which has governed Kelantan since 1990, may lose power and thus rendering the whole kingmaker strategy defective. In the 2018 general election, PAS was campaigning in Kelantan against Najib’s grand corruption and many of the votes PAS received were from outstation voters who went home to cast their protest votes against Najib.
If the Malay swing voters’ anger is now against Muhyiddin, PAS is tying its fate to a sinking ship. There will be many confused PAS members and supporters, some of whom would jump off the sinking ship to find sanity. 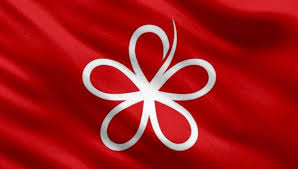 Third, Bersatu is akin to a dying patient on life support but with a machine gun in hand and tons of gold by the hospital bed. The Perikatan Nasional government is now in the danger zone of Najib’s government back in the last quarter of 2017. Nothing it does will gain any traction anymore. The swing voters have formed the opinion that it is the government that they would want to get rid of. The question is then, how?
While no swing voters would vote for Perikatan, compared to Najib in 2018, Perikatan has an added trouble: it has no base vote whereas Najib’s UMNO still won a sizable one-third of the votes cast.
What would Bersatu do? The ruling party has power and money. It has no love from the voters. The danger is that the party would use all means available to the incumbent government to continue its rule. UMNO may have to anticipate that it will be banned. There will be more buying of elected reps. Emergency may be prolonged. More opposition figures will be charged in courts on flimsy charges.
Malaysia will have to brace for aftershocks of 4 March 2021 but like any earthquakes, it is also an opportunity to build back better. Liew Chin Tong 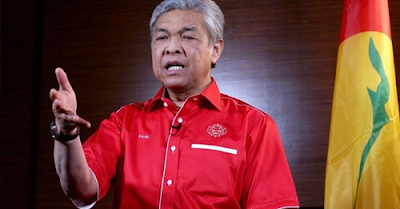 UMNO has fired the first shot...
Umno president Ahmad Zahid Hamidi has officially announced to sever ties with Bersatu, not going to work with the party in the next general election. However, Umno will stay in the PN government until the parliament is dissolved. This was the decision made in Umno's supreme council meeting on Feb 19.
Strictly speaking, this should not come as a surprise to anyone. Umno has long hoped to cut it ties with Bersatu, and making this official is only a matter of time, from the strategic point of view. As a matter of fact, neither Umno nor BN is a component of the PN coalition. It has become a part of the existing government by virtue of individual reps' support of PN.
Umno is now in a state of total disunity. Rival factions within the party do share the common goal of commanding political dominance, even as they have their own calculations as to when and how to act. They forged the Muafakat Nasional alliance with PAS in the beginning, seeing that this was going to be a winning combination. But now, as the situation shifts, this has now become dubious.
Umno has planned to make a decision on its relationship with Bersatu in the party's AGM scheduled for end of this month, but the impatient Ahmad Zahid has decided to send an early divorce letter to Bersatu, and the move is expected to aggravate the division, which is not going to augur well for the party in the run-up to GE15. 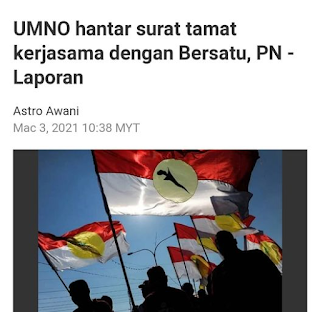 Umno's biggest problem is that it lacks a strong leader to guide the party after its humiliating defeat in the last election. Even if Umno eventually gets to come together as one solid team again, it may not bring back the glory of BN during its heyday.
PAS deputy president Tuan Ibrahim has asserted that his party will not take sides and will continue to cooperate with both Bersatu and Umno towards a grand Malay government, and this goes well with the party's consistent fence-sitting strategy to bag the max benefits.
There is no question that many of these three parties' seats are overlapping, and seat negotiations remain very much inconclusive to this day, showing that cooperation may not be a pragmatic option for them. Since joining the PN coalition, PAS has growingly tilted towards Bersatu to pave way for advancing its political ambitions.
Bersatu seems to be the weakest among the three from the sheer number of seats they're now holding. But, the party has the powers and resources that the PM can exploit to secure more political allegiance. It nevertheless must be wary of possible public backlash from bad political maneuvers. Shielded by the emergency decree, the vulnerable PN government is now buying time to strengthen itself, at least until August! 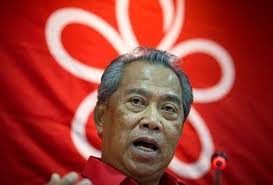 Muhyiddin must make sure he can continue to strengthen his PN coalition over the next few months, complete the vaccination program in achieving the herd immunity, and then try to capture the hearts of the electorate through various strategies so that a winnable election can be held soon. While Muhyiddin can defer the election, the longer it takes, the less favorable it will be to him.
So far GPS of Sarawak is the most likely partner to continue working with PN and will be the most formidable foundation to stabilize the PN structure. In the short term, the Umno decision appears to work in the favor of PH+, which will have boosted chances given the further split of Malay votes and possible three-cornered fights in predominantly Malay seats. But, this assumption is founded on the basis that PH+ parties will continue to work along well.
There are chances PH+ itself will restructure. Will the parties of Mahathir and Syed Saddiq be successfully registered, and will they ever reach a consensus with PH+? All these will decide how strong the opposition is going to be. No one can predict the final outcome of GE15. There is a strong likelihood no alliance will eventually claim the majority post-election, giving the party winning the most seats the opportunity to negotiate with other parties to form a coalition government.
In other words, no party will be the tai kor, and there could be a realignment of existing political pacts. - Sin Chew Daily 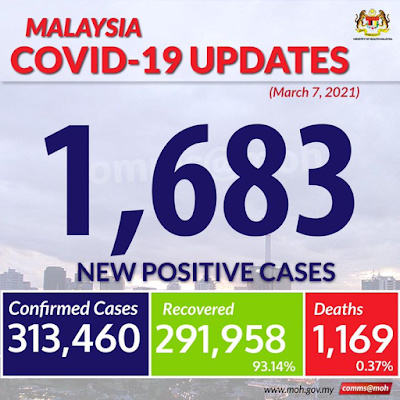