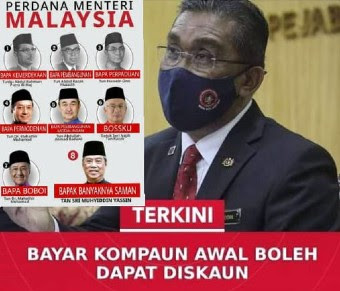 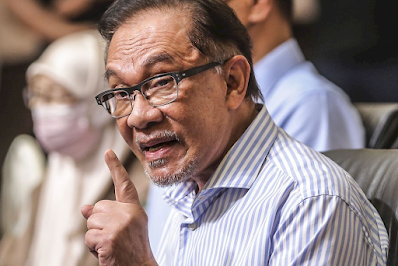 Maybe I'll contest Pagoh, Anwar quips...
PKR president Anwar Ibrahim today joked that he might consider facing off with Prime Minister Muhyiddin Yassin for the Pagoh parliamentary seat.
He said this was one of 15 constituencies where the local PKR divisions had extended him an invitation to be their MP.
"I have to weigh the 15, including Pagoh," he told reporters in Permatang Pauh, Penang today.
He said this when asked whether he would return to defend Permatang Pauh in the next general election. Anwar had been a six-term Permatang Pauh MP. However, in 2018, when he was behind bars, his daughter Nurul Izzah contested the seat instead.

After being freed from incarceration, Anwar then took over the Port Dickson parliamentary seat through a by-election.
Muhyiddin has held the Pagoh seat in Johor for eight terms now.
In 2018, in a three-cornered fight against Umno and PAS, the Bersatu president won the seat with 55.21 percent of the vote.
In that election, non-Malay voters accounted for 34 percent of eligible voters. - mk 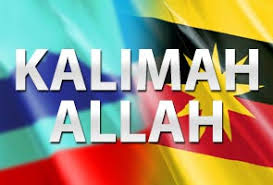 When God’s name becomes a political tool...
When Malaysians cannot speak Bahasa Melayu, they are criticised. Yet, when they pray in Bahasa Malaysia, they are told they cannot. Islam is a tolerant religion, but the attitudes and actions of some of its followers give many people the impression that it is not.
Those who believe that Islam is intolerant can now say they have been proven right by pointing to the uproar and the extremist comments on social media following the recent High Court decision giving Christians the right to use “Allah” as God’s name. Some Malays have called for churches to be closed in Malaysia, which they wrongly refer to as “Tanah Melayu”.
For decades, Umno Baru and PAS have been warning the Malays that their race and religion need to be protected and defended. Gullible Malays believe the spin because their faith is shallow.
During Dr Mahathir Mohamad’s first tenure as prime minister, non-Muslims were prohibited from using 20 words, including Allah, al-Kitab, firman, rasul, iman and ibadah. Decades later, the ban continues to divide us.
The non-Malay can never win. If he does not speak Malay, he is told off for lacking patriotism. But many non-Muslims, like the Bumiputeras of East Malaysia, use words like “Allah” in prayer. However, the ultra-nationalists attack them for insulting Islam or for attempting to convert Malays to Christianity.
So, if Malaysian society has rejected Bahasa Melayu, it is only because of government policy. The language, like race and religion, has been used to divide Malaysians and control our behaviour. Look at what 63 years of Umno and Umno Baru misrule has done to the Malay mind.
Malays are told that looking at the cross on the roof of a church, the wall of a chapel, a school badge, a football jersey, a car emblem or a copy of the Bible will make them Christians. Are Malays that gullible? Why haven’t Buddhists, Hindus or atheists turned into Christians just by looking at the cross? 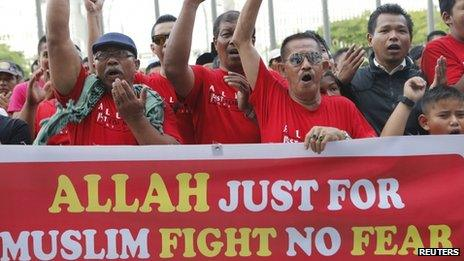 Malaysian Christians in Peninsular Malaysia were banned from using “Allah” because, the authorities claimed, its use would confuse Malays and make them convert to Christianity. One outcome of this ban was the bad blood between east and west Malaysians, which has helped to fan the flames of secession.
Another outcome is that the Malay mullahs have become a laughing stock. Why don’t the more intelligent and moderate Malays educate their more impressionable co-religionists? If a Malaysian cannot speak Malay, he is criticised. If a Bumiputera, say a Christian Iban, were to pray in the national language, he would be condemned.
It appears that the national language and Article 11 of the Malaysian constitution, which protects the right of the individual to freedom of religion, are not compatible. Is this what the Umno Baru and PAS politicians want us to think?
When will some forward-thinking Malay politician start the new narrative that there is nothing to fear when the Christians, who have been using “Allah” as God’s name for many centuries, are not the problem. The problem lies with our politicians and religious extremists.
A Malay who supports the use of the word “Allah” by Christians will be accused of being a traitor to his race and religion and of being manipulated by non-Malays. He will also be told that he knows nothing about Islam because he did not study Islam at university.
If Islam in Malaysia is under threat, because of one word, people will feel contempt for Malays. If the Muslims are reviled, blame the government of Malaysia. - Mariam Mokhtar 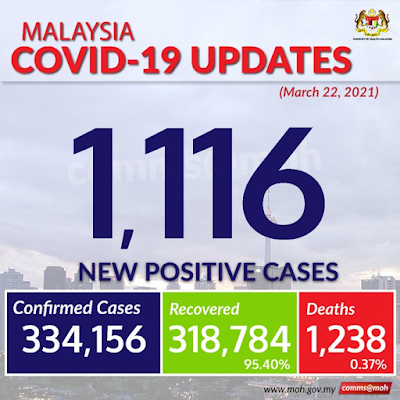