The nation observed 62 years of independence on Saturday, August 31. Looks like our hopes for a vibrant Malaysia Baru (New Malaysia) will remain just another pipe dream. It is akin to a mirage in a desert. You get to see a fleeting glimpse of it and when you get the hang of things, the image is gone only to appear yonder in the horizon. It is like stretching our imagination to the fullest. Perhaps, infinity is a better word.

What have we achieved after six decades as an independent sovereign nation? Malaysians were elated when a new government was sworn in following the euphoric yet unexpected results of the 14th General Election in May 2018.

The prevailing mood was one of high expectations, as the rakyat celebrated the ouster of a decadent and corrupt party that had overstayed its welcome. However, the outlook today is much different from then. It is short of being melancholic and disappointing.

A year on, there is not much to show that we are doing better as a nation in terms of national unity and cohesion.

Instead, the deep fissures that threaten the very foundation of the country have become more apparent, as reflected by our very liberated social media.

It is no exaggeration to say that highly provocative and sensitive comments stirring unrest among the people have become the staple today. Gone were the days when such comments were being cleverly hidden behind platitudes and clichés. 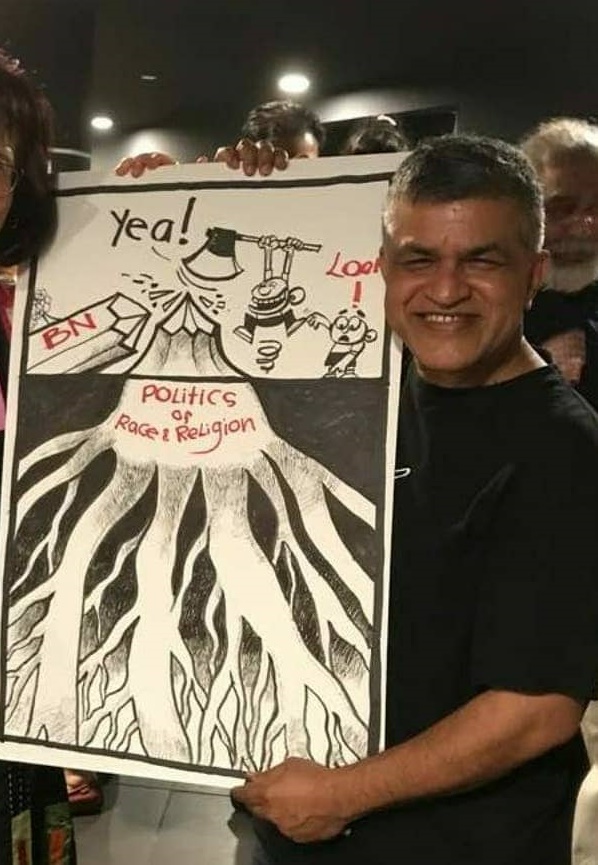 Race and religion remain the most divisive factors, as they were under the previous administration but cushioned with a relatively freer media today. They are being deliberately introduced to cause animosity and violence. On August 14, a man threatened to behead lawyer Syahredzan Johan for urging the withdrawal of controversial preacher Zakir Naik’s permanent resident status in Malaysia. A 28-year-old security guard was arrested and is being held for questioning.

Hamid Bador, the current Inspector General of Police is doing a good job but he owes his new lease of life to none other than Prime Minister Mahathir. Well past the retirement age of 60, being retained and promoted, at the same time, is a dream come true for anyone who is just out of cold storage.

On Saturday, August 17, a video of a man brandishing three menacing weapons – a parang, a sword and katana (Samurai blade) went viral on WhatsApp, I was a recipient too. In the three-minute clip, he was heard threatening non-Malays with violence while he proudly demonstrated his invincibility by running the blades across his abdomen, hands and neck.

On Monday, August 19, police arrested a 43-year-old civil servant over a Facebook posting inciting Muslims to shed the blood of non-believers. Fortunately, no one heeded his call.

The man urged Muslims to “sharpen their parangs for kafir (infidels) who may want to become like sacrificial cows”. The suspect was identified as an assistant director with the Islamic Development Department Malaysia (Jakim).

In the wake of such provocations, the Malaysia Communications and Multimedia Commission (MCMC) has set up email and WhatsApp hotlines to lodge complaints against those who insult race, religion or the royal institution. How effective is this so-called remedial action is debatable as we have heard it so often before.

Following Pakatan Harapan’s victory in last year’s election, hopes were raised for a revamped Malaysia Baru promoting a more progressive and pragmatic society. This was followed closely by the indictment of Najib Razak, the all-powerful and seemingly corrupt Prime Minister.

The excitement, however, was short-lived as one blunder after another was committed by members of the ruling coalition. Minister Azmin Ali’s sex scandal was the icing on the cake. It had a demeaning impact on Pakatan Harapan’s stature.

Shared Prosperity 2030, announced by Prime Minister Tun Mahathir Mohamad in May was to mark the ruling coalition’s first year in power. It was aimed at ensuring fair, sustainable, and inclusive economic growth; fostering unity and creating decent living standards for all Malaysians.

But events and issues over the past few months, such as the move to introduce khat calligraphy, the resistance by Chinese educationist group Dong Zong, the furore against controversial Indian Muslim preacher Dr Zakir Naik and the Selangor government’s plan to allow for one parent to unilaterally convert a child to Islam, have shown that the new government is not much different from the old Barisan Nasional when it comes to matters involving race and religion.

With Umno and PAS upping the ante in playing the race card and the Pakatan Harapan’s ebbing support in the Malay heartland, the new government is walking on eggshells, literally.

In the case of controversial preacher Zakir Naik, who faces charges of money laundering and instigating terrorism in India, non-Muslim Malaysians were dumbfounded by his hobnobbing with the Prime Minister when the preacher had openly supported the previous administration during GE14.

The government’s reluctance to deport the televangelist, who was given Malaysian PR by the previous government in 2015, was seen as a move to appease the Malay/Islamic vote bank.

But things have changed drastically for Zakir, who attracted a crowd of 70,000 and was treated like a VIP during a mammoth rally in Kota Bahru on Saturday, August 3. He is being investigated for provoking a breach of the peace by making disparaging remarks against Malaysian Indians and Chinese. He has been barred from speaking across the country.

Among other things he had said that Malaysian Indians were more loyal to the Modi government in India and described the Malaysian Chinese community as “old guests” who should go back to China before he is made to leave the country.

Tun Mahathir’s assurance that the rule of law will be applied on the preacher has allayed fears that the government would merely slap Zakir’s wrist to placate his legion of supporters.

The last thing Malaysians want is a dishevelled and skullcap-wearing agitator from Mumbai telling us how to live our lives. - Fathol Zaman Bukhari,Ipoh Echo 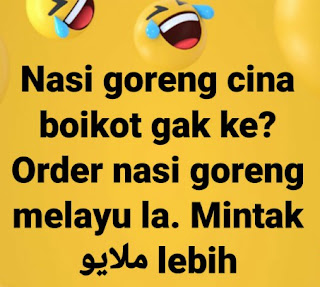