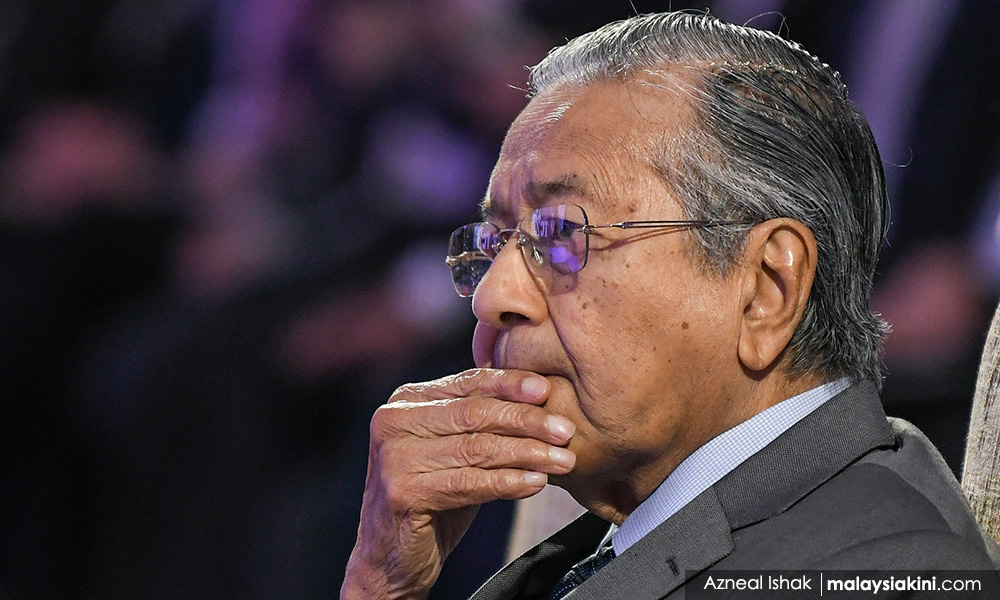 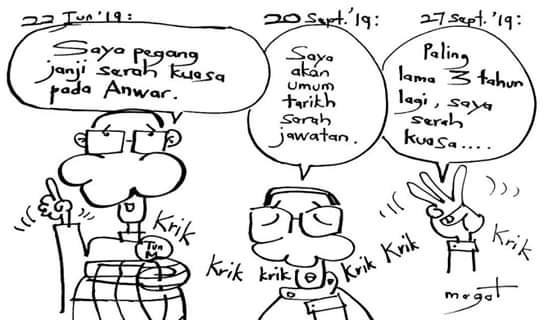 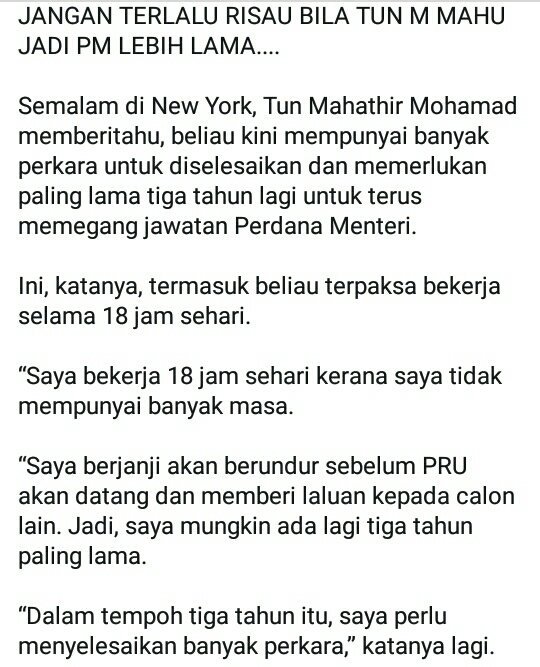 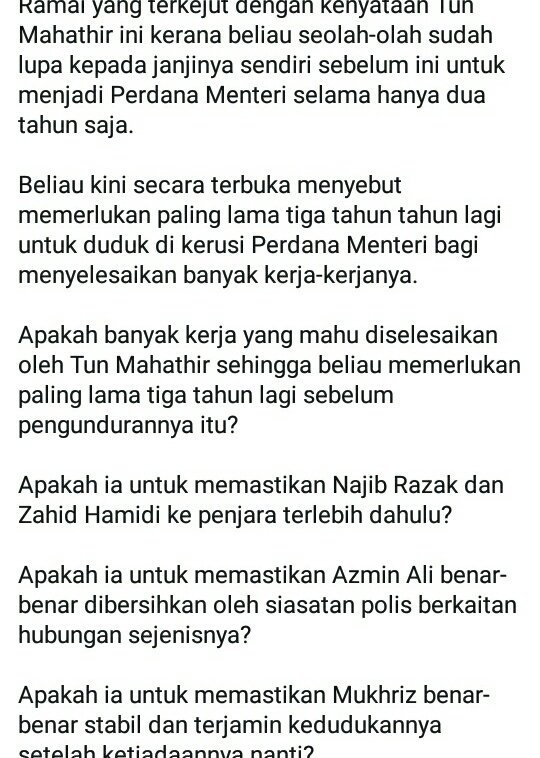 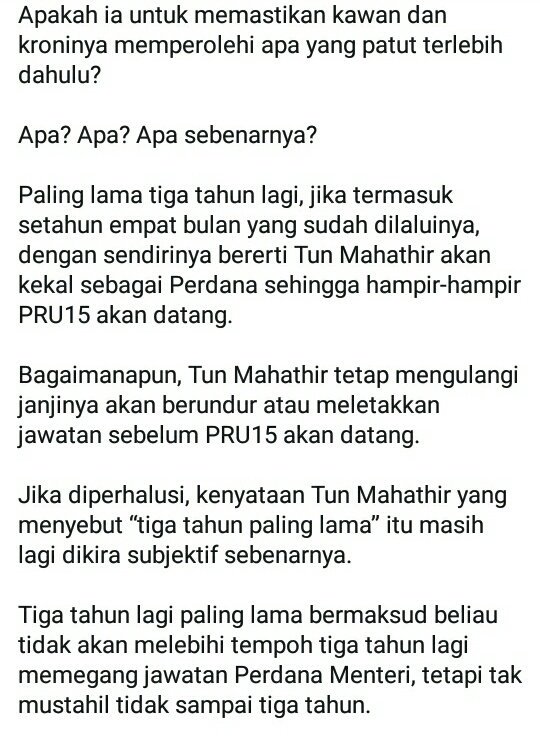 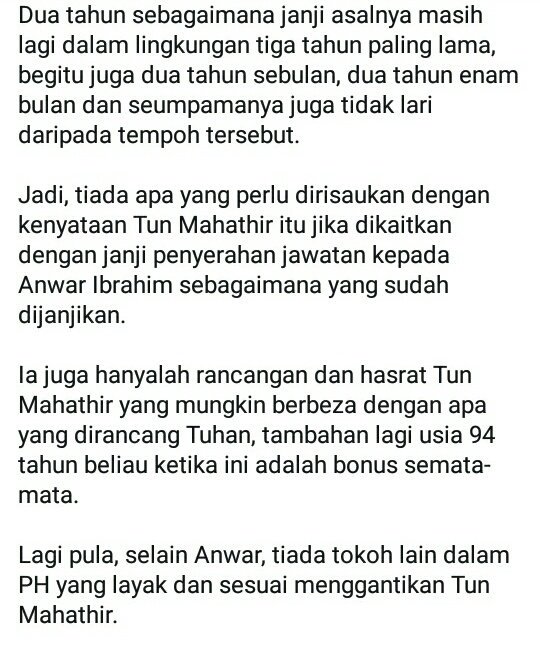 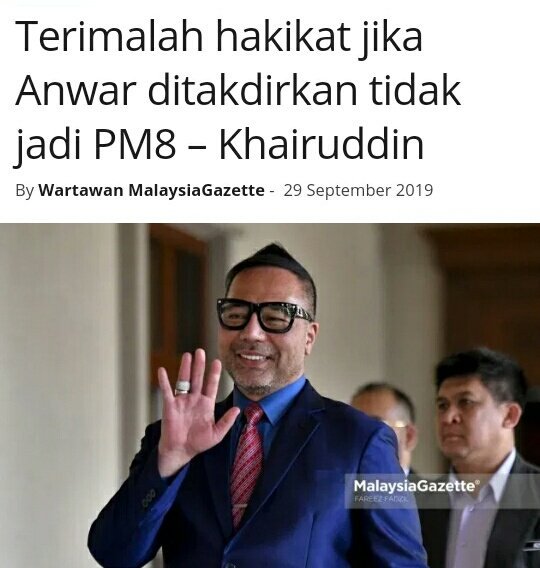 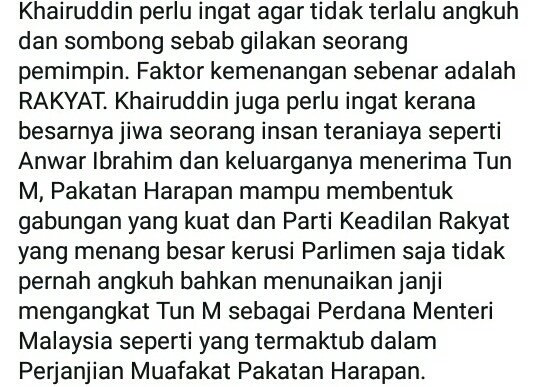 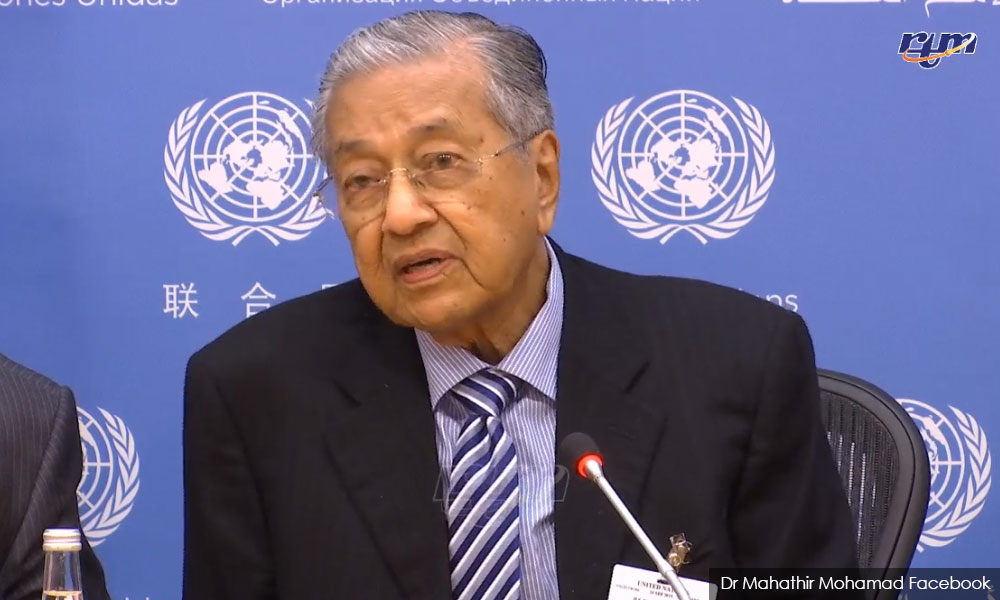 It’s good to hear from Syed Husin Ali again. The PKR stalwart has been relatively quiet in the political arena since he completed his term as senator some years ago.

This is a man who knows his place. When Syed Husin retired from active politics, he certainly knows what retirement means. He refrained from indulging in politics and commenting unnecessarily on affairs of the nation.

There must be good reasons why the former Universiti Malaya professor came out with his guns blazing, so to speak, and questioned Dr Mahathir Mohamad’s "about-turn" on the handover date of the premiership to Anwar Ibrahim.

Syed Husin spoke for many, me certainly. It would be wrong to assume or allege that those of us who questioned the prime minister’s tenure are campaigning for Anwar.

That couldn’t be further from the truth. Many of us who are not in politics or retired from the political arena campaign for nobody. Neither is there any personal agenda in stressing that Mahathir must step down after two years as prime minister.

I have said this and let me repeat. Whether it’s Mahathir or Anwar or anybody else, I don’t think any prime minister is going to change my life drastically or that of many of my fellow Malaysians.

We don’t have any personal interest in this. What we do know and had often stressed is that a promise has to be kept and that an agreement, though not cast in stone, must be fulfilled. Let us be gentleman about this, for want of a better term. Of all people, our 94-year-old premier, known as the grand old gentleman, certainly has to be and act like one.

Make no mistake, it was two years for Mahathir to be the interim prime minister. All of us heard it loud and clear before GE14.

If not, how did the two-year period come about? Wasn’t that discussed by Pakatan Harapan leaders first and then disseminated to the public?

Unfortunately, there are certain characters in Pakatan Harapan who heard it but are now pretending there was no definite time frame agreed upon.

Who are these characters? People who have personal interests to see that Mahathir stay on forever and that Anwar never be prime minister.

And these same characters and their acolytes are probably the ones who would engage cybertroopers to smear others who are adamant that Mahathir must keep his promise.

Thankfully, those of us outside of politics with no agenda, would normally take a step back whenever we have to face such attacks. We are wise enough to know there is no point in going to war in the social media with powerful politicians. Let the people be the judge.

Syed Husin’s take on the matter is timely indeed. I believe I know Syed Husin’s character well enough to vouch for his credibility and integrity.

Like many of us, Syed Husin (photo below) has no personal agenda. I don’t think he has anything against Mahathir or is that buddy-buddy with Anwar. He is not with one side to fight another, although he is still playing an advisory role in PKR.

Syed Husin was just talking straight when he said that Mahathir has a tendency to agree with collective decisions, only to change his mind later. Many can readily agree with the eminent professor on this. 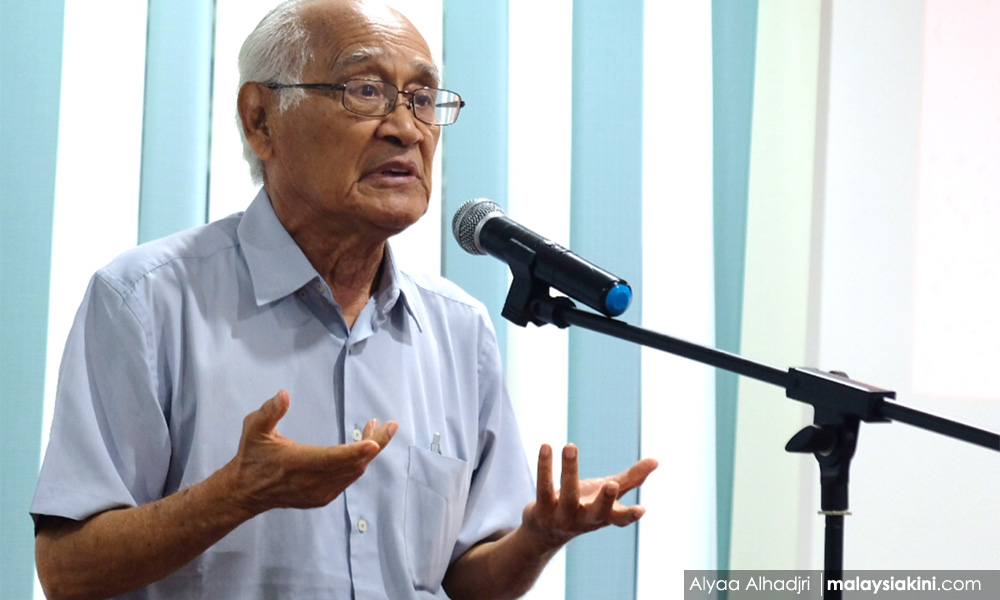 This came about when Mahathir was quoted as saying in New York last Thursday that "I may have at the most three years perhaps".

The prime minister’s statement was not very reassuring as it came just days after Anwar had told Bloomberg that he expects to take over as prime minister in May next year.

There is a public perception that Mahathir and Anwar must have already agreed on a handover date for the latter to come out with the May 2020 deadline.

Now, Malaysians are back to second guessing on what is actually the score between Mahathir and his successor.

This is unhealthy politics and not an assurance of political stability. Why are we stuck in such a peculiar quagmire today? Who can we blame except our grand old man?

Lest anyone forgets, in GE 14, Malaysians voted for Mahathir to be the interim prime minister for two years and for Anwar to take over after that. No one should pretend they were not aware of this.

This is the people’s mandate and it is incumbent on Mahathir and Harapan to ensure that they abide by the wishes of the people.

It’s two years, dear Dr Mahathir, it’s clearly two years. All of us heard it. May 2020 means in eight months, not "at the most three years perhaps". - Francis Paul Siah 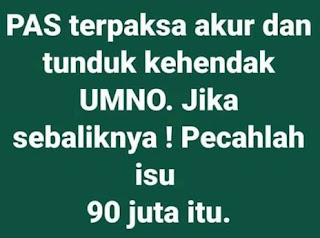 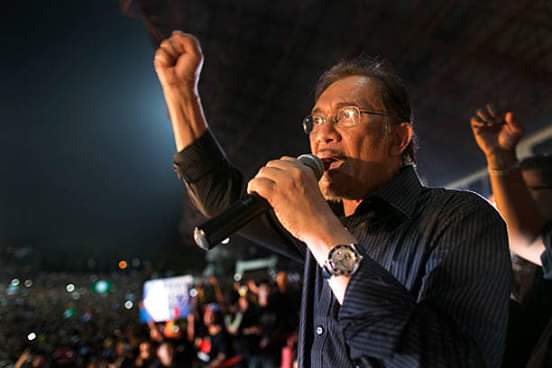