What does Saifuddin’s ‘departure from UMNO’ mean...

It is less than an hour before PKR president Dr Wan Azizah Wan Ismail announces who from Umno will be joining the party.

But all eyes are already on former deputy higher education minister Saifuddin Abdullah, who lost to a PAS candidate in Temerloh in the last general election.

Although Saifuddin himself has not personally responded to any WhatsApp enquiries, there are already reports confirming that he will be the one making a debut in Pakatan Harapan politics.

What are the implications, if Saifuddin is the one who decides to hop?

May signal an even bigger migration

Surely, Saifuddin’s former colleagues in Barisan Nasional (BN) would say there is no big deal with him moving on to Pakatan Harapan.

However, looking at the bigger picture, Saifuddin’s departure may signal an even bigger migration of his fellow Umno members to Pakatan Harapan, after members nationwide become disillusioned with Prime Minister Najib Abdul Razak.

Saifuddin is known to be one of the better Umno leaders compared to others in the like of Abdul Rahman Dahlan, Salleh Said Keruak and Ismail Sabri Yaakob.

However, his push for moderation and being vocal has not earned him very much respect from Najib himself. Saifuddin is definitely not a ‘Mr Yes’ man which Najib would prefer to have in his cabinet.

He was one of the few leaders who spoke up for the university students who had battled against the Universities and University Colleges Act 1971.

Saifuddin, who was also well-liked by the operators of private tertiary education institutions when he was deputy minister, will do better when he takes the Pakatan Harapan platform.

Saifuddin’s debut in Pakatan Harapan may also pave the way for others who are finding themselves unable to introduce reforms within their own parties.

With the latest development, it could only mean one thing - Umno will not have the pool of quality leaders that can be picked to lead the country.

In the words of former prime minister Dr Mahathir Mohamad, the present cabinet ministers are ‘half-past-six’. Instead of showing their leadership in their respective portfolios, they have become preoccupied with the politics of the day.

What is worse is when you have ministers like Ismail Sabri making allegedly racist statements without being punished for it. And a minister who talks about Malaysians preferring to have slower speed Internet connections!

What more a home minister who writes to the Federal Bureau of Investigation (FBI) to support someone who is known to be an alleged online gambling kingpin. Instead of being reprimanded, he becomes the country’s No 2 man!

What hope do Malaysians still have in Umno to lead the nation?

Saifuddin joined PKR today, saying he was fed-up with how the government had handled the 1MDB and RM2.6 billion scandals. - mk 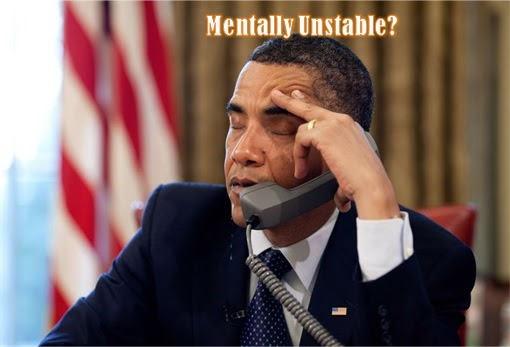 Obama Picks Najib As Friend Because The President Is Mentally Unwell...

By now, it’s an international knowledge that Prime Minister of Malaysia – Najib son of Razak – is allegedly linked to corruption, money laundering and the murder of Mongolian Altantuya. No previous prime minister has been so popular, not even the evil dictator Mahathir Mohamed. And if everything goes well, Najib could overtake Mahathir as the longest serving PM.

Coincidently, both Mahathir and his self-picked successor Najib were sworn in as the most powerful man in the country at the age of 56 (*spooky*). When Mahathir resigned in 2003, he was already 78-years-old, having ruled for a good 22-year. He, however, chose to retire because his popularity dropped like a rock. Still, UMNO controlled two-thirds majority.

Najib, on the other hand, performed worse than his predecessor – Abdullah Badawi – when he lost the popular vote to merely 47%, the first in the history of Barisan Nasional that he leads, on top of a failure to recapture two-thirds majority that Badawi had lost earlier on. He’s now into his sixth year of premiership; another 16-year to go before he can match Mahathir’s record.

But even with roughly one-third of his journey before breaching Mahathir’s 22-year-rule, Najib has already broken every Mahathir’s record imaginable. He has accumulated more than RM600 billion (new definition in debt is close to RM800 billion) in external debt within 6-year of premiership, in comparison to Mahathir’s RM200 billion by 2003 when he retired.

Judging by his habit of spending taxpayers’ money and borrowing as if there’s no tomorrow, he could easily create another record of breaching RM1 trillion in external debts before 90-year-old Mahathir could kick the bucket. Najib regime also has proudly purchased more private jet for his official (and private) use than any other prime ministers. 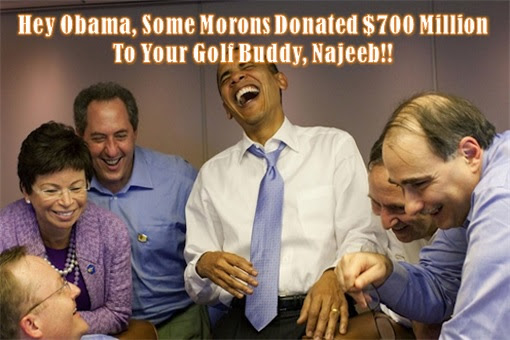 It’s perplexing to imagine why Najib and his wife need 6 private jets, with the latest ACJ319 (registered under 9H-AWK) purchased last December. Nevertheless, he is the only prime minister who had convinced some wealthy Arabs for donations to the tune of RM2.6 billion, without any strings attached, something which charismatic Mahathir couldn’t achieve.

Bad luck or otherwise, it was also under PM Najib Razak that Malaysia saw the losing of two commercial planes in 1-year – the missing of MH370 and the crashing (shot-down) of MH17 – killing more than 500 innocent lives in both incidents. Despite not experiencing global financial crisis such as the 1997-98, the ringgit plunges to as low as RM4.48 to US$1 dollar under his administration.

For the first time, a Chinese ambassador had taken the trouble to visit Petaling Street (Chinatown) while warning Beijing would do everything under its arsenal to protect its investments, after Red Shirts gangsters endorsed by Najib regime threatened to terrorise the area which could possibly start a racial riot.

If the above are not enough to make you give Najib Razak’s Facebook a “Like”, here’s another one. In a very rare event, nine Malay Sultans issued a decree urging the PM to complete the investigation into the infamous 1MDB scandal as soon as possible and to take appropriate action against those implicated; something that never happened during Mahathir’s iron-fist-and-evil administration. Continue reading...