Adnan,seats for hi-tea with Dr M selling like hot cakes...

The high tea function with former premier Dr Mahathir Mohamad have sold like hot cake with the organisers running out of tickets just three days after it was made public.

The gala event is being organised by the Pusat Bandar Taman Cempaka Umno branch to the chagrin of the party's central leadership with Umno secretary-general Tengku Adnan Tengku Mansor warning against sowing discord.

The branch's chief Syed Saifuddin Syed Harman (photo) said the organiser has had to print additional tickets to cater for the high demand to hear Mahathir speak.

He said while the tables were sold out, the additional tickets printed will allow those interested to hear Mahathir speak without food and drink.

"The ticket for the tables are sold out but we are printing additional tickets as we believe more people will turn up on that day," he said.

The event to similar to the one held by the same Umno branch for Mahathir in 2008 when the former premier was on a warpath with then prime minister Abdullah Ahmad Badawi.

Held at the same venue, the high tea event then was titled 'Fikir-fikirlah' and was aimed at pressuring Abdullah, better known as Pak Lah, to step down as Umno president and prime minister.

Syed Saifuddin said at that time, some 1,200 people turned up at Hotel De Palma to hear Mahathir speak.

In the run up to that event, several mysterious anti-Abdullah banners also appeared in the vicinity which were attributed to anonymous Umno backers.

"In 2008, Pak Lah's leadership was being questioned as it is now with Prime Minister Najib Abdul Razak.

"At that time, the majority of Malaysians and Umno were dissatisfied with Pak Lah's credibility as a leader.

"So our branch took the initiative to call Mahathir to speak on current issues and to give explanation.

Shortly after, Pak Lah (photo) stepped down," he said.


However, Syed Saifuddin denied that the high tea event this time around is to pressure Najib to step down or to pit Umno leaders against each other.

He said it is instead geared towards giving 'aspiration to the rakyat to get a new and better leadership'.- mk


Penang executive councillor for Islamic Affairs Abdul Malik Kassim expressed regret today that a letter from the state Mufti Department had been leaked to create unrest in the Muslim community.

Malik said due to the leaked letter, which was released "with bad intentions to create public unrest", the Penang government and Chief Minister Lim Guan Eng are being blamed for interfering in Islamic matters in the state.

"That is not true. This decision has nothing to do with us but because the letter has been leaked with bad intention to create problems, certain quarters have threatened to rally and carry out activities to demonise the state government.

"We are investigating how the letter was leaked and who did it, and we will act accordingly, including lodging a police report.

"It was premature to jump to conclusions about the issue as the process to gazette the fatwa takes a long time," Malik said when contacted.

He was referring to the fatwa which was stated in a letter from the State Mufti Office dated Sept 1 concerning the decision of the Penang Fatwa Committee to ban loudspeakers, permitting it only to be used for 'azan' (call for prayers).

State mufti Wan Salim Mohd Noor had said the decision does not affect the sanctity of Islam and was in line with the teachings of the Quran and Sunnah.

Perlis also made a similar ban several years ago, but opponents of the Penang government have already started blaming Lim for the decision to carry out the same fatwa in Penang.

Fatwa gazetted after approval from Agong

Earlier today, Malik said the Penang Islamic Affairs Department (JHEAIPP) has received 10 complaints from Muslims about the use of loudspeakers at mosques and suraus.

Malik said these complaints were lodged with the department from January 2012 to May this year and were related to the use of loudspeakers for the purpose of Quranic and zikir prayers, ceramah, and lectures.

He added, at the press conference in Komtar, that JHEAIPP has met with the mosque committees and the complainants.

"The department carried out its investigation on the matter and found the complaints to be valid.

Wan Salim was present at the press conference with Malik.

Malik said the outcome of the discussions were then submitted to his office and JHEAIPP, the department responsible for further action on the matter.

He said the decision to limit the use of loudspeakers only for azan prayers will be raised at the state exco meeting before the issue is submitted for approval to the Yang diPertuan Agong.

He added that only when approval is obtained from the Agong, the fatwa would be gazetted for JHEAIPP to enforce.

"The Penang government will find the best way to handle this situation," he said.

Malik also said Islam should be propagated without undermining the sanctity of the religion.

Islam cares about the welfare of individuals - Muslim and non-Muslim communities - and it is in line with the Quran and Sunnah teachings, he said.

"This means it is not right for those who want to carry out their religious duties to disturb the peace of others, especially those who are outside the mosque," Malik added. - mk 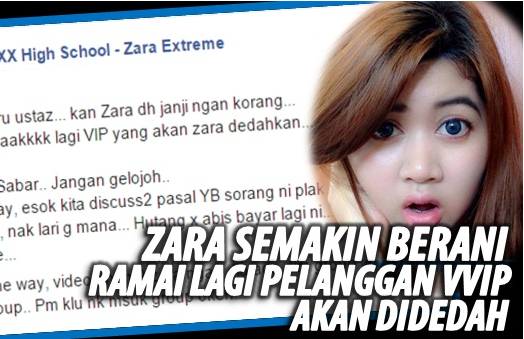 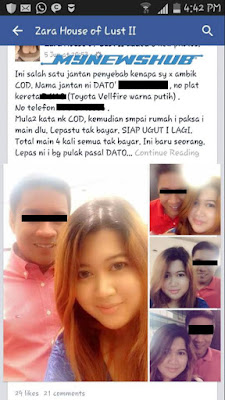 'Bangsa' is a nationality. The government is wrong to say that bangsa is 'Melayu' 'Cina' or 'India'.United Nations in bahasa is Pertubuhan Bangsa-bangsa Bersatu. It is not Pertubuhan Kaum-kaum Bersatu. -Tan Sri Prof Emeritus Khoo Kay Kim.
Ikuti penjelasannya... 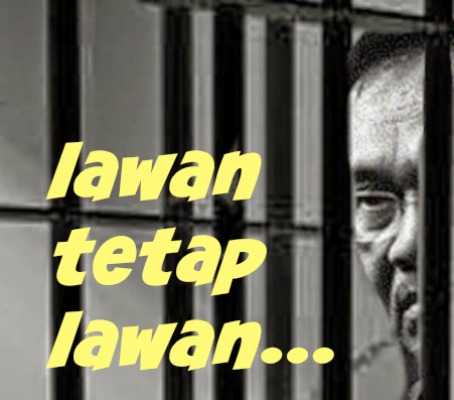