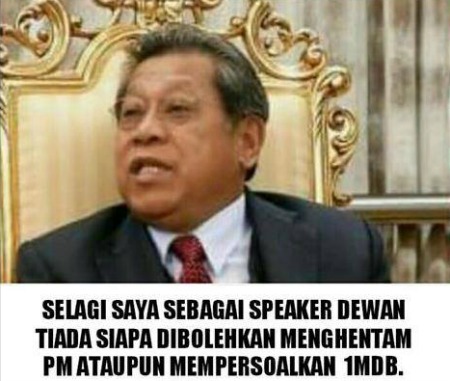 mob1900 - This Dewan Speaker is speaking through his own toilet seat!

ipoh pp - Its like me asking BToto to show me the numbers that will be drawn this Saturday before I place my bets.

Azalina resubmits motion after no apology from Kit Siang...

This is after deputy speaker Ronald Kiandee accused Lim of refusing to apologise to Pandikar when the Gelang Patah MP disappeared during the emergency debate on the haze situation.

Kiandee (photo) pointed out that Lim was to apologise to Pandikar after the hour-long emergency debate which was to end at 5.30pm.

"If Gelang Patah (MP) is not in the House, then we assume that he is refusing to retract his statement," he said.

Pandikar had earlier threatened to refer Lim to the rights and privileges committee for disrespecting the speaker after Lim accused him of sabotaging the 1MDB probe.

Lim had taken issue with Pandikar for ordering the Public Accounts Committee (PAC) to cease its probe after the government appointed its chairperson and three other members into the government instead of allowing the committee to proceed under its deputy chairperson Tan Seng Giaw (DAP-Kepong).

Several opposition MPs stood up to defend Lim after Kiandee remarked that the DAP leader’s absence would be construed as a refusal to apologise.

"Why the rush, we will convene again tomorrow," added Steven Sim (DAP-Bukit Mertajam).

However, Kiandee refused to budge, stating that the MPs should not be making assumptions.

"I stand by the speaker's decision that the Gelang Patah (MP) must explain after the emergency debate. I take it that he is not in the House and he has defied the speaker's instruction," he said.

Earlier today, Lim explained in Parliament that his remarks had no malicious intent against Pandikar.

He said he was only referring to the outcome of Pandikar's decision not to allow the PAC to proceed and not the speaker himself.

"But (I was) stating the effect of his decision to stop PAC from continuing its 1MDB investigations until the various vacancies are filled when Parliament meets some three months later," he added.

Lim said that he had never used the word "deliberately" as alleged by Pandikar and was merely asking Hanipa Maidin (Amanah-Sepang) whether he agreed that the speaker's decision on PAC was tantamount to sabotage during the debate yesterday.

Lim said he disagreed with Pandikar's decision to stop the PAC based on standing order 82(1) which stated that 'every select committee shall be so far as is practicable, the balance between the parties within the House is reflected in the committee".

He said it was Prime Minister Najib Abdul Razak who had made it impracticable for the committee to have a balanced composition after he appointed four BN parliamentarians into the government and refused to hold an emergency sitting to appoint new members to the committee.

"It is not for the speaker to cure a problem created by the prime minister – bearing in mind that the speaker must also be conscious of the need to have a PAC which has the respect of the nation as a body which is conscientious in its responsibility to uphold the integrity of government finances, as in its investigations into the 1MDB scandal," he said.

Lim did not offer any apology in the statement, stating that he "rests his case" following the lengthy explanation.- mk 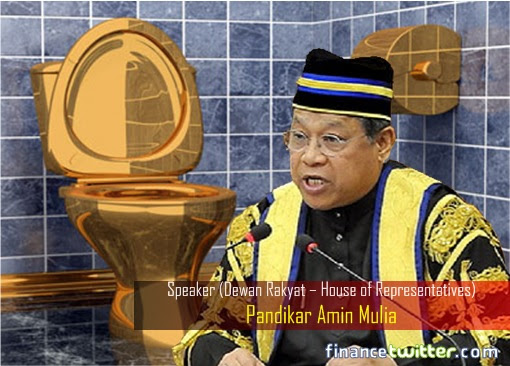