A nephew of a Filipina informed the police of the wreckage of a Malaysian plane lying in a forest in the southern Philippines.

Sabah Commissioner of Police Jalaluddin Abdul Rahman said in a statement late on Saturday night that the Special Branch would call in a man who lodged a police report on the discovery of a crashed plane in a forest off Pulau Sugbay, South Ubian Tawi-Tawi, southern Philippines.

Jalaluddin was referring to a police report lodged by one Jamil Omar, 46, in Sandakan on Friday and going viral in whatsApp. “The information has yet to be verified.”

“The Suluk man informed police that the wreckage could be that of a plane that disappeared last year.”

Jamil, an audio visual assistant with a blue IC and police identity card, claimed in the report that his Bajau aunt, Siti Kayam, had informed him on October 8 that a nephew and his friends had in early September stumbled across the wreckage of a Malaysian plane with skeletal remains in the forest and recovered a 70 inches long x 35 wide Malaysian flag. They were then hunting birds in the forest.

Jamil claimed in his report that the nephew and friends entered the wreckage of the plane and found many human skeletons and bones. “There was a skeleton still in the pilot’s seat. The pilot had his safety belt on and the communication gear attached to his head and ears.”

“They were not able to communicate the information earlier since there are no facilities on the island. So, my aunt came to see me.” - fmt 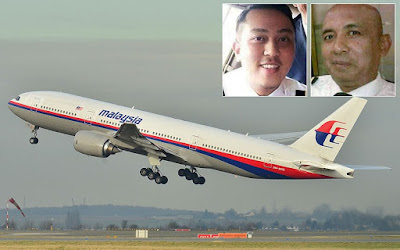 Sabah police have received a report claiming that an aircraft wreckage with the Malaysian flag painted on it was found on a southern Philippines island.

The report was made by a man who said the wreckage with human remains inside was spotted by his nephew, from the southern Philippine island of Tawi Tawi,  at Ubian Island in southern Phillippines several days ago.

State Commissioner Datuk Jalaluddin Abdul Rahman said the man made the report at the Sandakan police station on Saturday.

“This matter is being investigated,” he told The Star in a text message.

In the report the man, an audio visual technician in his 40s, said his nephew and a few others were hunting for birds when they spotted the wreckage on the island.

They managed to get near the wreckage where they found human bones. They also found skeletal remains in the pilot's chair with the seat belt fastened.

Before leaving the area, they took a flag they found in the wreckage.

The man said he informed police as the wreckage could be that of an airplane that disappeared last year.

Malaysia Airlines flight MH370 disappeared in March last year en route from Kuala Lumpur to Beijing with 239 passengers and crew on board, most of them China nationals.

The incident triggered one of the largest search for an aircraft focusing in the Southern Indian Ocean.

Last month, French authorities confirmed a  piece of wing found on the shore of Reunion Island in the Indian Ocean has been identified as part of the MH370 wreckage.

The flaperon was found on the shore of the French-governed island on July 29 and Malaysian authorities have said paint colour and maintenance-record matches proved it came from the missing Boeing 777 aircraft. - theStar

Bank Negara should cancel all financial licences issued to 1Malaysia Development Bhd if the Attorney-General continues to refuse to prosecute the state investor, PKR said today.

Party secretary-general Rafizi Ramli(also lauded the move by Bank Negara Malaysia to revoke the permissions granted to 1MDB for investments abroad totalling US$1.83 billion and directing the company to repatriate the funds.

In a statement today, the Pandan MP said the issue was raised some time ago, especially from the anti-money laundering perspective.

He said with the power of prosecution lying solely with the A-G, there was a high possibility that any investigations conducted by the central bank would not result in 1MDB being charged.

As such, he said, Bank Negara should invoke all its powers against the state investor by cancelling any licences issued to 1MDB for operating its financial business.

He said the central bank should also cancel all permits or approvals for fund transfers given to the company and to reject any future application for such transfers.

“If the Attorney-General’s Chambers refuses to use its power to prosecute, then Bank Negara should use its authority to ensure the 1MDB issue does not prolong and affect the economy.

“And one way to do that is to scuttle its financial operations ‎and practice of money transfers which are governed by Bank Negara.

“When 1MDB is hindered from taking loans and moving funds around, I am certain Datuk Seri Najib Razak will have no choice but to close 1MDB and settle its financial problems once and for all,” Rafizi said.

1MDB is owned by the Ministry of Finance and Najib is chairman of its advisory board. – tmi

Minutes of board meeting proves 1MDB's Arul a liar

1MDB president and executive director Arul Kanda has confirmed the minutes of a 1MDB board meeting published by Sarawak Report to be authentic.

“[...] I can confirm that, in this particular case, it (Sarawak Report) appears to have published an authentic 1MDB document, namely minutes of a Jan 12, 2015 board meeting,” he said in an email to Malaysiakini.

Arul revealed this was the first 1MDB board meeting he attended; a week after he joined the company on Jan 5.

Responding to the whistleblower website which described the minutes as evidence that Arul was a “liar”, the 1MBD boss begged to differ.

“My strong track record speaks for itself and my only professional agenda is to fix the challenges in 1MDB.

“There is no need for me to lie or cover-up what has happened in the past, as has been alleged by those who make sensationalist claims to drive their own political agenda," he stressed.

Sarawak Report  had said the minutes was proof that Arul was a “liar” in relation to his claim about “cash in the bank" at BSI Bank in Singapore.

Arul had said the assets held at BSI were in the form of ‘units’, which Sarawak Report claimed it had established are categorised as ‘Level 3', whereby there is no guarantee as to their actual worth.

The whistleblower site said based on the minutes, Arul had given detailed assurances to board members that there was indeed cash in the Brazen Sky company account at BSI Bank.

The 1MDB president in his response to Sarawak Report said that he had told board members based on his understanding of events that had occurred before he joined the company that the redemption of fund units happened in cash for an amount of US$940 million.

“However, upon further investigation and verification, it became clear that this was a misunderstanding, which I then clarified to the board and our shareholder, the Ministry of Finance,” he added.

Confirming via a press statement on Jan 13, a day after the meeting, that the remaining amount of US$1.11 billion had been redeemed in full, Arul said it was however not made clear that the redemptions happened partly in cash and partly through the sale of fund units, with cash payment being deferred.

“It is this important distinction which caused a misinterpretation of my statement, first during a Business Times interview on Feb 9, 2015 and subsequently by the Ministry of Finance, in a Parliamentary answer on March 12, 2015.

“I have explained in detail the sequence of events to the National Audit Department and to 1MDB's auditors, Deloitte, as part of their thorough and professional review of 1MDB's past transactions. In addition, I have openly and publicly taken full responsibility in June 2015 for the misunderstanding on this matter – the buck stops with me.

“Accordingly, I look forward to being questioned in detail on this matter at the upcoming Public Accounts Committee hearings and for my answers to be a part of the public record, to conclusively put this matter to rest,” he said

Meanwhile, 1MDB explained that the fund units, owned by 1MDB subsidiary Brazen Sky Limited, were originally valued at US$2.318 billion in Sept 2012, as the eventual outcome of various equity and murabaha loan investments totalling US$1.83 billion by 1MDB with PetroSaudi between 2009 and 2011.

“Over the investment horizon, 1MDB has received and reflected in its audited financial statements, cash returns- approximately US$81 million murabaha profit, and approximately US$263 million dividends from fund unit investments- a total cash return of approximately US$346 million and a total gain over time of US$488 million (US$2.318 billion less US$1.83 billion),” said the firm.

On Nov 5, 2014, an amount of approximately US$1.22 billion had been redeemed, in cash, with proceeds being substantially utilised for debt interest payment, working capital and payments to Aabar as refundable deposits for options termination.

“On Jan 2, 2015, prior to Arul joining 1MDB, a final redemption of approximately US$940 million was undertaken through a sale of fund units to Aabar, with cash payment being deferred,” said the company in its response. - mk 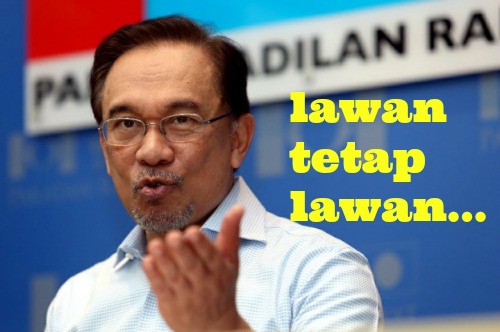