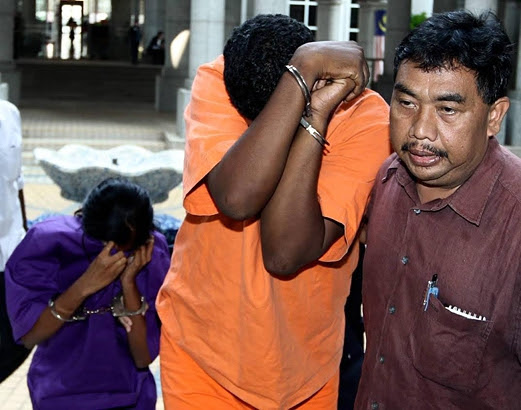 Two teachers have been acquitted by the sessions court in Seremban of an offence under the Official Secrets Act for leaking the Ujian Penilaian Sekolah Rendah examination papers last September.

Sessions judge Jagjit Singh Bant Singh ruled there was no iota of evidence to show they had solicited or made efforts to get possession of these examination papers for 2014.

“Who caused the leakage remains unsolved. It is important that the actual culprit be identified and taken to task to avoid future leakages,” Jagjit said in acquitting the two.

The decision was tweeted by lawyer M Kulasegaran (left), who is also Ipoh Barat MP.

L Subbarau@Kamalanathan, 35, and Murugan Palanisamy, 27, were charged under Section 8 (1)(c) of the Official Secrets Act 1972, which provides for a jail term of between one and seven years.

They were accused of committing the offence between Sept 8 and 16, during the UPSR examinations.

Subbarau was slapped with five charges, of having in his possession the Maths Paper 1 and 2, Bahasa Tamil (Comprehension) and Tamil (writing) and Science in his smartphone.

Murugan faced a charge of being in possession of several pages of Maths Paper 1 in his smartphone. They were charged with the offences on Nov 6, last year and were alleged to have leaked the examination papers between Sept 8 and 16.

The Sessions judge also ruled that the exam papers were not properly classified as “secret” as stipulated under the Official Secrets Act 1972.

Jagjit further said the remand orders against the two were not necessary.

The defence had argued that the purported exam papers could have been forwarded via spyware or sent to them without their prior knowledge.

It was previously reported that following the UPSR papers leak, two Malaysian Examinations Board senior officials were suspended.

The investigation done by the Independent Committee to Review Public Examinations in Malaysia had cleared them, he added.- mk

In an article written in the Bahasa Malaysia daily published on page 9 on April 10, it reads on paragraph 8:

Present were Dato' Mohd. Salleh and Dato' Abdul Malik who testified to that fact.

"I suppose we can expect more malicious reporting against the state government ahead of the Permatang Pauh byelection but we will be taking legal action against the Utusan and the reporter," he said.

On another matter, Lim and state exco for Local Government, Traffic Management and Flood Mitigation, Chow Kon Yeow have released a statement that The Star's exclusive report on the shortlisting of the LRT (light rail transport) tender were incorrect.

"The report I think was based on speculation. Yes there are plans for the LRT but as of now we are still in the process of shortlisting the open tender bidders," said Chow.

"It will only be expected that the state government will make its shortlisting decision earliest in May this year. From the shortlisted, we still have to make a thorough evaluation on the shorlisted companies. The process is still ongoing," Chow and Lim jointly told the press today. - Buletinmutiara

Is Malaysia falling apart? The very idea seems absurd. After all, is it not one of southeast Asia’s wealthiest and most stable countries, with regular elections and a solid middle class?

Unlike Thailand, presently under military rule, Malaysia is not prone to coups. Civilians have run the country since it won independence from Britain in 1957. Unlike Indonesia, which has only just graduated from low-income status, it has long been relatively prosperous.

It is praised for being a moderate majority Muslim nation; 60 per cent of its 30m people are Muslim, predominantly Malay, with about 25 per cent ethnic Chinese and the rest Indians and other ethnic minorities. Yet non-Muslims are free to drink beer and eat pork. The race riots of 1969, in which many Chinese were killed, are a distant memory.

Scratch below the surface, however, and Malaysia is undergoing a slow-motion political crisis. True, you could plausibly have said much the same at any point since 1998 when Anwar Ibrahim, the mercurial leader-in-waiting, fell out with Mahathir Mohamad, who ran the country for two decades until 2003. Since then, although the United Malays National Organisation has extended its run to almost six decades, the political system has been inherently unstable.

Last year a three-party coalition led by Mr Anwar won just over 50 per cent of the vote, which brought it close to power although the system is stacked in favour of the incumbents.

If something has been rotten in the state of Malaysia for some time, this year the sense of crisis has come to a head. First, in February, Mr Anwar was convicted on politically motivated — and in any case odious — charges of sodomy. He received five years in jail after his appeal was rejected in court. He has already served six years, ending in 2004, on a similar count. Now 67 and banned from office for five years after his release, his conviction appears to spell the end of his political career.

Mr Anwar is by no means a straightforward figure. He has flirted with radical Islam and was a champion of the system of positive discrimination towards Malays that he now favours dismantling. Still, his removal neutralises the country’s most gifted politician, creating a dangerous vacuum.

Second, Malaysia is engulfed by a scandal involving a national development fund that has racked up $11.5bn in debts. The advisory board of the 1Malaysia Development Berhad fund (1MDB) is chaired by none other than Najib Razak, the prime minister. Worryingly, 1MDB has switched auditors twice since 2009. Mr Najib has attempted to kick the issue into touch by ordering the auditor-general to look into 1MDB’s accounts. The fund is seeking to repair its balance sheet by spinning off some of its power assets. Yet the affair has cast a pall over the Najib government, which has presented itself as fiscally responsible and reform-minded.

Third, 89-year-old Mr Mahathir, who still wields considerable if waning influence, has come out explicitly against Mr Najib. He has said the prime minister, whom he helped install six years ago, does not have what it takes to defend the interests of Malays or to ensure another Umno victory. Yet, in the absence of an obvious successor, his intervention has left Umno scratching its head as to who could come next.

The confluence of events has had a deeply destabilising effect. The opposition is in even worse trouble than the government. With Mr Anwar gone, his coalition is in danger of splintering. The largely ethnic Chinese Democratic Action party has fallen out with the Parti Islam Se-Malaysia, which has imposed a form of sharia law in one northern state, a policy it would like to extend nationwide. The danger for Malaysia is that, in order to shore up the majority Malay vote, Umno will shift to more overtly Islamist ground.

Moderates already detect growing intolerance in everything from banning Christians from using the word Allah to a clampdown on traditional (un-Islamic) dancing. This month a prevention of terrorism act and amendments to the sedition act were passed, which many fear could be used to quash the opposition. Human Rights Watch said the laws would have “a chilling effect on freedom of expression”.

Mr Najib and his party must resist the temptation to polarise the country or to clamp down on its freedoms in the cause of narrow political interests. James Chin, of the University of Tasmania, fears Malaysia is drifting from its moderate roots towards radical Islam — an anti-secular cul-de-sac from which he says there will be no return. That may be too pessimistic. Yet Malaysia is certainly drifting. If that continues for too long, things will not end happily.- The Financial Times 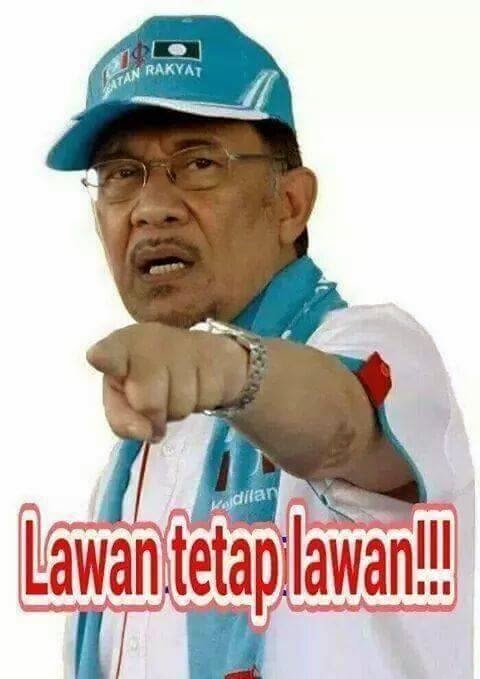