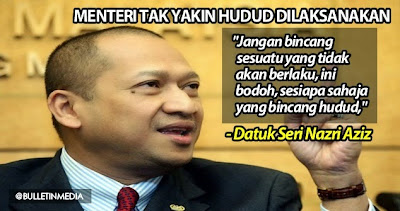 After repeated betrayals, why is Hadi falling into UMNO’s trap

PM has UMNO's support, how about the rakyat's...

It seems that Prime Minister Najib Razak is more concerned in getting the support Umno rather than the rakyat, said PKR's Batu MP Tian Chua today.

Speaking to Berita Daily, Tian Chua said that the flocks of support that Najib received from his party did not tantamount to the public support.

The outspoken PKR vice president said that the series of support shown towards Najib was just a cover up for the crisis that Najib was facing.

“It’s not a question if Najib has the support of Umno or not but it’s a question whether the rakyat is with him. What he did (meeting with Umno wings) have nothing to do with the scenario on the ground right now.

“The more support meeting he holds, it shows the depth of the crisis that he is facing. If he feels that the supports are there for him, there is no need for Najib to meet with all the Umno wings,” Tian Chua said.

According to Tian Chua, Najib’s reaction in holding a pre-recorded television interview with TV3 last Thursday also portrayed that he prioritised Umno support rather than the public.

“We have brought the matter up long time ago, the Scorpene submarine deals, Altantuya Shaariibuu murder, the involvement of police commando Sirul Azhar Umar and Azilah Hadri...we have fought for them previously.

“But within weeks of former Umno president and prime minister Dr Mahathir Mohamad raising these questions in his blog, Najib suddenly answered in the television interview,” he said.

Meanwhile, PAS deputy president Mohamad Sabu said that it was norm for political party wings to demonstrate their support for their embattled leader.

“When a leader faces problems, it’s normal for the party wings to stand behind the leader. That is normal. If they decided to go against the leader, then it looks strange,” said Mohamad, better known as Mat Sabu.

“However, during the meeting with Umno division leaders, there are also those who did not attend so it shows there is a rejection (towards Najib).

“When the president faces rejection from the divisions itself then it shows something is wrong,” Johari said.

Johari stressed that it was alarming that only a handful of Umno leaders defended Najib when Mahathir started to openly attack him.

“This is different when Anwar Ibrahim was attacked and sacked by Umno by Mahathir in 1998. During that time, waves of rakyat can be seen on the streets,” said Johari, recalling his time in Umno.

Johari also stressed that Mahathir was still influential to oust Najib from Umno.

Tian Chua meanwhile added that the parade of support made public was just part of Umno’s game plan to show that the party was united.

“The party members can support Najib all the way, but like Mahathir said, Umno and Barisan Nasional will lose in the next general election should Najib remain in power,” he said.

Yesterday evening, Najib held a meeting with Umno Youth where at the end of the meeting, the party youth members hoisted Najib on their shoulders while shouting support for him.

Najib is also expected to meet Puteri Umno today and they too are expected to announce their loyalty to the prime minister and Umno president.- beritadaily 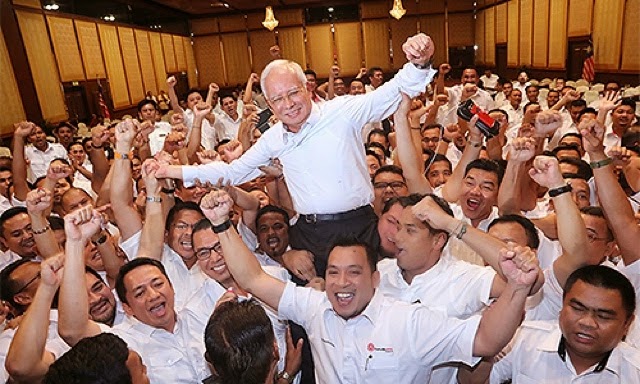 Jho Low: They blamed it on the boozing Chinaman...

Frustrated for coming under fire, businessman Jho Low has accused certain quarters in Umno of playing the racial card to create the impression that the "Chinaman stole the money and blew it on alcohol".

In an interview with business monthly Euromoney, Jho Low said detractors have painted him as the main person in transforming the Terrengganu Investment Authority (TIA) into 1Malaysia Development Bhd (1MDB).

He pointed out that five other TIA board members and advisers, such as Goldman Sachs, JP Morgan, Boston Consulting and McKinsey, were free from scrutiny.

Low lamented that his partying and links with Hollywood have also been exploited by critics.

"I made money and I spent it, and it's: 'Oh, he must've made it from TIA/1MDB.' I mean, that's basically the accusation.

"And because there are all these pictures of me and Paris Hilton drinking and all that, then you play to the bumiputra card: 'Oh, the Chinaman stole all the money and blew it all on alcohol.'

"And then I'm just like, I must be the dumbest person ever, if I really made money off the government and then to blow it like there is no tomorrow, it's like about the dumbest thing you can do," Low added.

When Euromoney pointed to Low that he is often consulted by prospective investors in 1MDB, the latter said this was due to his knowledge of Middle Eastern business, particularly in Abu Dhabi.

On his ties with Prime Minister Najib Abdul Razak’s family, Low said he has been friends with Najib's stepson Riza Aziz (centre in photo) for 16 years and this was being used against him.

"I mean, I know the stepson well, but I'm not sure I would agree that I'm the wife's (Rosmah Mansor) best friend," he added.

In the interview, Low had also remarked "those Umno guys are spin masters", prompting Umno Youth Khairy Jamaluddin to call for a probe on the businessman.

The businessman said although 1MDB had sought his advice on certain matters, he had never profited from it and has no official role in the firm.

He claimed that his only links with the company was that he had helped set up TIA - 1MDB's predecessor.- mk 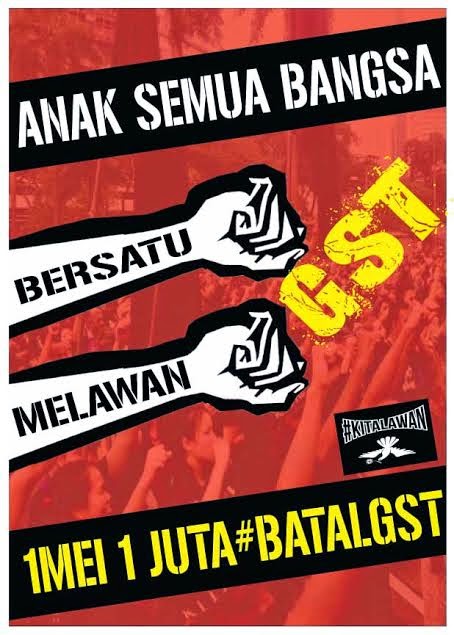 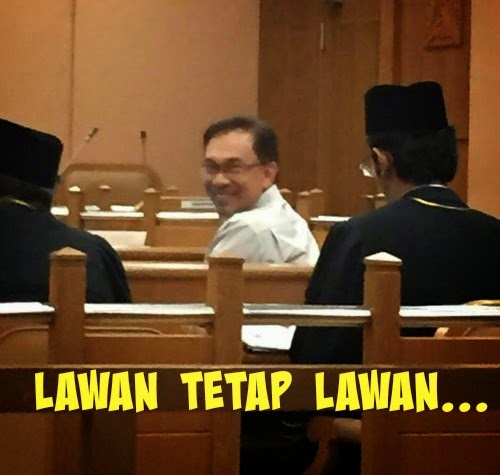