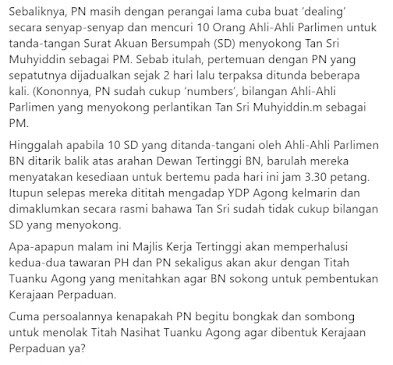 Umno Youth chief slams ‘arrogant’
Perikatan after St Regis meeting...
Umno Youth chief Datuk Asyraf Wajdi Dusuki has described Pakatan Harapan as more “gentlemanly” and “beradab” (civilised) in holding negotiations with Barisan Nasional to form a government, compared with the “arrogant” leaders from Perikatan Nasional.
On Facebook, Asyraf confirmed that a meeting occurred between PN leaders and the BN Supreme Council at the St Regis hotel, but slammed PN for reverting to its “old habits” when it attempted to silently “steal” 10 BN parliamentarians to support Tan Sri Muhyiddin Yassin as prime minister.
“That is why the meeting with PN, which was scheduled two days ago, had to be postponed several times. Ostensibly, PN had enough ‘numbers’, the number of parliamentarians supporting Tan Sri Muhyiddin as PM,” Asyraf, who lost Gerik during the recent election, said.
“Up to the (point where) the 10 SDs (statutory declarations) signed by BN parliamentarians were retracted under orders from the BN Supreme Council. did they (PN) state their readiness to meet (BN) today at 3.30pm.” 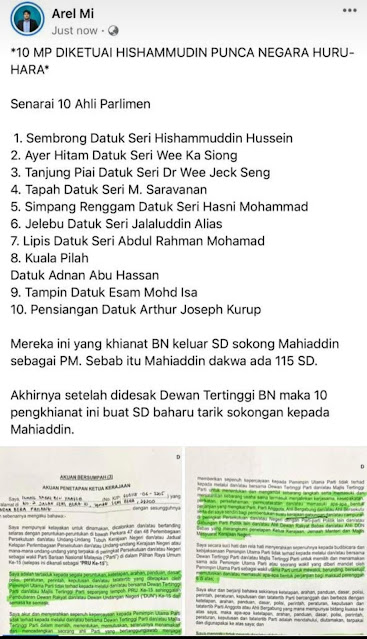 Earlier today, top leaders from BN and Gabungan Parti Sarawak were seen entering the palace but did not speak to the media. This comes as neither PH nor PN – the two coalitions with the highest number of MPs – managed to secure a simple majority of 112 lawmakers to form the government.
An attempt by the palace to get both PH and PN to form a unity government also failed, after the latter’s chairman Tan Sri Muhyiddin Yassin revealed that he rejected the proposal during his audience with the king yesterday.
Asyraf said BN’s meeting with PN today took place only after the latter had met the Yang di-Pertuan Agong and had confirmed that Muhyiddin did not have enough SDs.
He added that the BN Supreme Council will convene tonight to discuss the offers made by PH and PN, and will abide by the Agong’s advice for BN to help form a unity government.
“But the question is, why is PN so arrogant and conceited to reject the advice of the Agong to form a unity government?" - Azim Idris,The Vibes
Has Muhyiddin shot
himself in the foot, twice?
On Sept 24, Muhyiddin Yassin stated under no uncertain terms that Barisan Nasional is Bersatu’s enemy. He said this prior to the recently completed 15th general election.The objective of Bersatu and PAS under the Perikatan Nasional umbrella was to snuff out Barisan Nasional’s lynchpin, Umno.
None of the component parties in BN offered a threat to Bersatu and PAS. They were simply too insignificant to cause any worry or loss of sleep to PN. Even in the just completed GE 15, MCA retained its two seats while MIC retained its single seat.
PN had decided to go after Umno like a wounded tiger out for a kill. And naturally so because it was Umno that pulled the plug on Muhyiddin’s tenure as the eighth prime minister of Malaysia. Desperate at that time to continue as prime minister, Muhyiddin tried his best to stay in power with the offer of all kinds of concessions and goodies to Umno. But Umno was adamant that Muhyiddin had to go.
There is a saying that revenge is sweet and for Muhyiddin, seeing the annihilation of Umno in GE15 was the ultimate revenge. Umno did not even want Bersatu, the party Muhyiddin led by doing a number on ex-prime minister Dr Mahathir Mohamad, to be invited to join Muafakat Nasional, the electoral pact Umno forged with PAS.
But things have taken an ironic turn. Now, more so than ever, Muhyiddin and PAS of PN need to fall back on BN, their ultimate enemy in GE15. Muhyiddin now needs the endorsement of the 30 BN MPs to convince the King that he has the numbers to form a government.
He even had everyone believe that he already had the support of the MPs from BN until the coalition’s secretary-general, Zambry Abdul Kadir, revealed that no one, not even a single MP from BN had endorsed Muhyiddin as the 10th prime minister.
Umno vice-president and caretaker Prime Minister Ismail Sabri Yaakob, lent further credence to the fact that BN has never endorsed Muhyiddin by declaring today that BN does not support both Muhyiddin and Pakatan Harapan chairman Anwar Ibrahim in their quest to be the next prime minister.
Power sharing No!
Still had Muhyiddin been any good during his first stint as the prime minister, he could have been sworn in easily. But alas, many saw his term of office as quite forgettable. In his wisdom, the King offered Muhyiddin a compromise for a unity government as a way out of the current impasse.
It was about power sharing. Muhyiddin refused this offer and shown total disrespect to the efforts of the King. So be it. Since he has spurned the King’s attempts at bringing some sense of well-being to the nation, it is best Muhyiddin be left to wallow in what could have been.
Let’s hope no one decides to play, be it the racial or religious card, in the quest to become the prime minister. The likes of newly-elected MP for Titiwangsa Johari Ghani has just reminded Muhyiddin about what it takes to be a great leader – we are all Malaysians first.
For BN and Umno, the fact that they have refused to endorse you as the next prime minister should be seen as their ultimate revenge. Like they say, revenge is sweet, isn’t it? - Clement Stanley 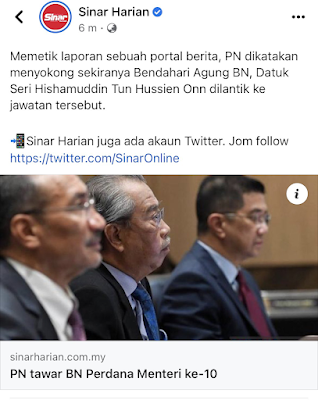 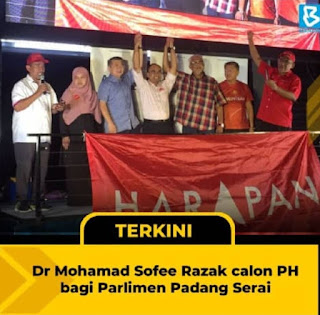 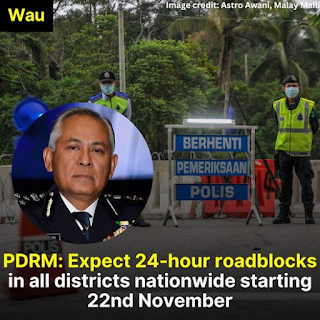 The roadblocks will remain until further notice...