From Sungai Buloh to Putrajaya... 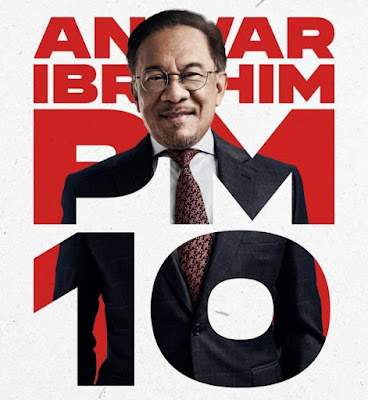 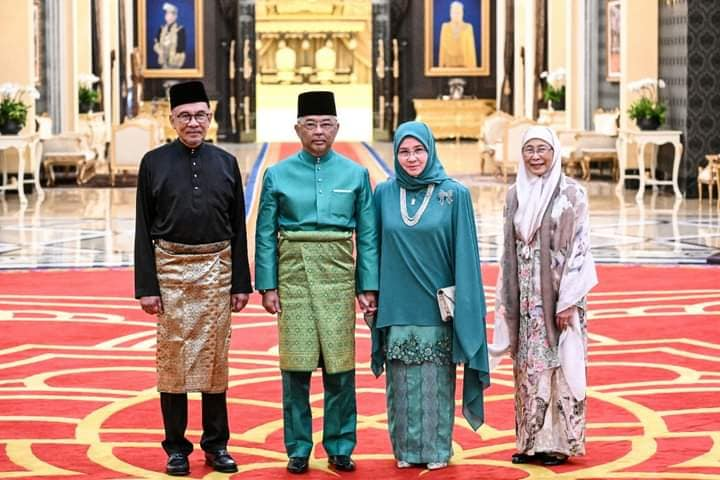 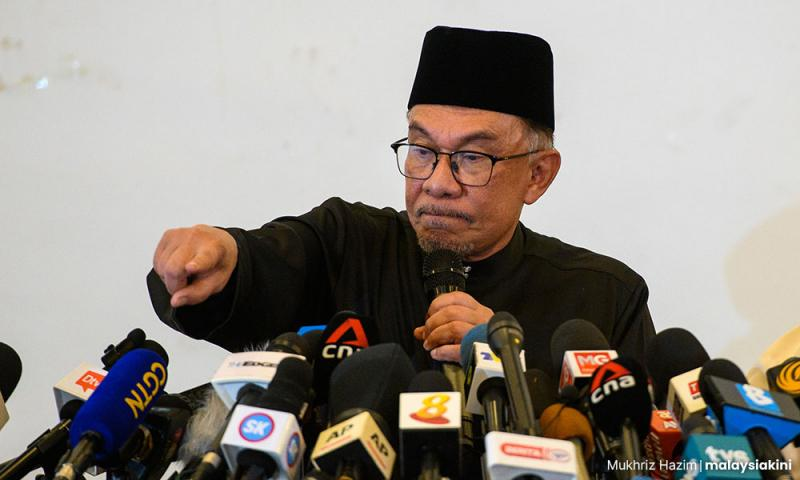 PKR president Anwar Ibrahim has been sworn in as the country’s 10th prime minister. He took his oath of office before Yang di-Pertuan Agong Sultan Abdullah Sultan Ahmad Shah at Istana Negara at 5pm today. Anwar, who is Pakatan Harapan chairperson, succeeds Umno vice-president Ismail Sabri Yaakob as the country’s chief executive.
Newly minted Prime Minister Anwar Ibrahim said that a decision will be made on the appointment of his two deputies, likely from BN and GPS as partner coalitions in the unity government. The unity government that he would lead comprises Pakatan Harapan, of which he is the chairperson, as well as BN, and Sarawak's GPS.
Speaking at his first press conference, Anwar said the two coalitions have the next most number of seats after Pakatan Harapan as the largest bloc. The unity government comprises Pakatan Harapan and its ally Muda with 82 seats, followed by BN with 30 seats and GPS with 23 seats. "The deputy prime minister's post will be from other components and Sabah or Sarawak, so we are considering GPS," said the Pakatan Harapan chairperson. 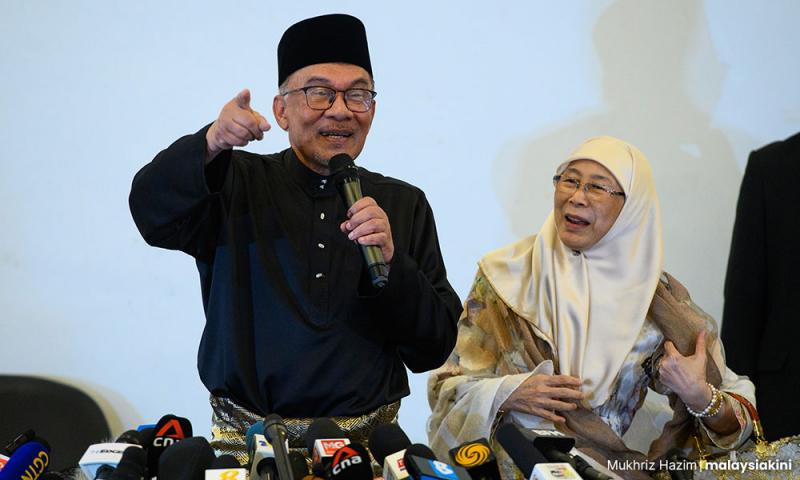 Asked whether MPs with ongoing court cases will be considered for any cabinet positions, Anwar said Harapan has stated its stand against convicted MPs but further discussions are necessary among new partners in government.
"The matter has been raised and within Harapan our stance is clear, but because it also involves the unity government, then we must discuss it (with other partners). "Once convicted, if according to Harapan it will be difficult (to join cabinet)... Give us room to discuss," he added.
Within parties that make up the coalitions, politicians with ongoing court trials include Muar MP Syed Saddiq Syed Abdul Rahman, Bagan MP Lim Guan Eng and Bagan Datuk MP Ahmad Zahid Hamidi. 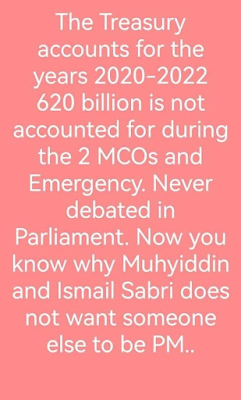 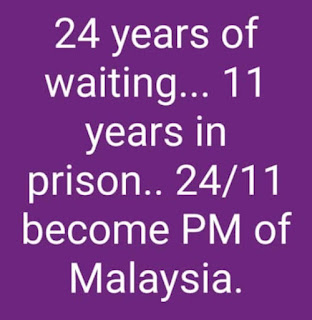