The Yang di-Pertuan Agong expressed his wishes to Pakatan Harapan (PH) chairman Datuk Seri Anwar Ibrahim for a strong, formidable, and inclusive government. “We were summoned by the king and I expressed my profound gratitude for the opportunity given,” Anwar told reporters outside Istana Negara.
“His Majesty began by expressing his desire to form a strong formidable government that is inclusive, allowing it to focus on resolving the rakyat’s problems and resuscitating the economy.“I expressed gratitude to His Majesty, I said we’ll do our best and digest the advice and wait for the final decision... which is of course, at the discretion of the Yang di-Pertuan Agong,” said the newly elected Tambun MP.
Anwar thanked Yang di-Pertuan Agong Al-Sultan Abdullah Ri'ayatuddin Al-Mustafa Billah Shah for granting him the “opportunity given” . By convention, the leader of the party with the most number of seats in Parliament will be invited to form a government.
Perikatan Nasional (PN) chairperson Muhyiddin Yassin revealed that the Yang di-Pertuan Agong had suggested that the coalition form a unity government with Pakatan Harapan.
However, Muhyiddin said he has rejected the proposal as this go against the coalition’s stance. “Since the beginning, we already discussed that we will not cooperate with Harapan.
Muhyiddin stressed that he has statutory declarations showing he has the support of 115 MPs to become the next prime minister but was told by the palace that this is inadequate despite surpassing the simple majority of 112 seats.
He also showed a letter to prove that the SDs were received by the Yang di-Pertuan Agong’s senior private secretary, Nazim Mohd Alim, on time. “We were confident that we had enough numbers to form the government. “However, it is said that our numbers were not enough.
Harapan currently has 82 MPs and Warisan - which has three MPs - says it will support a Harapan-BN coalition. PBM's Larry Sng also appears to be leaning towards Harapan.
However, BN's 30 MPs have decided to remain neutral and appear ready to support a minority government via a confidence and supply agreement.
In theory, Harapan, Warisan, and PBM - if combined - make up 86 MPs. Perikatan Nasional has 73 MPs, while its Sabah counterpart GRS has six. Three Sabah MPs, two from KDM and one independent, have aligned themselves with PN.
Previously, Sarawak's GPS - which has 23 seats after winning Baram yesterday - had initially supported PN. However, GPS has now said that it would leave it to the king to decide who becomes prime minister - implying that its backing for PN is no longer guaranteed. 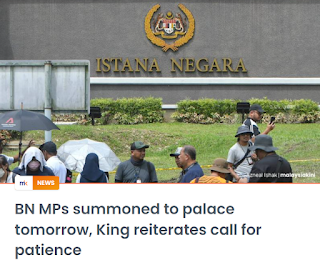 BN MPs given special privilege by the Agong to have a one-on-one interview.The outcome of the Sheraton Move on how many votes Mahiaddin obtained to become PM8 was never disclosed by the Istana. Can we expect another ambiguous outcome from this BN interviews? 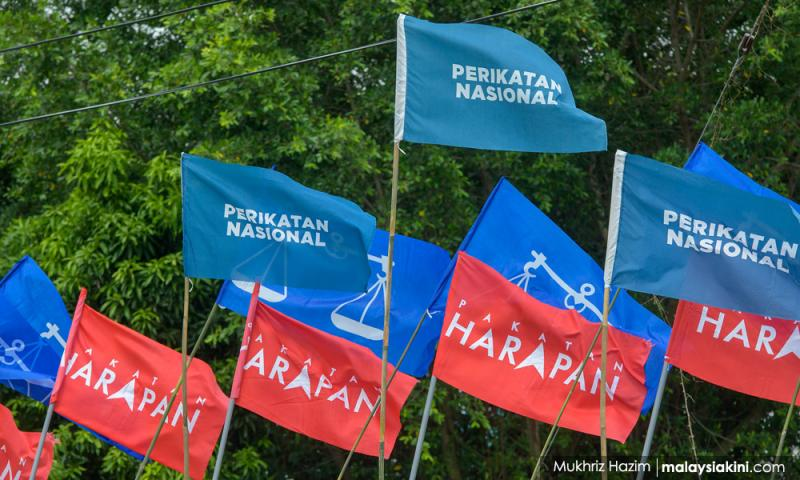 A way out of a predicament
on forming government...
At present, BN has 30 seats in Parliament. It seems that BN is a kingmaker as of now. If PH has no qualms in supporting BN/Umno in Perak to become the menteri besar despite the fact Umno merely has a small number of seats, it would be mind-boggling should BN/Umno show reluctance to support DSAI and PH in return. Like it or not, BN/Umno may be seen to be inflicted by self-interest!
In Perak, PH opted for an unpopular option in the interest of the nation and the people respectively. National interest trumps personal and political interest as far as PH is concerned.  Why can’t BN practise the same? Does it also mean PH has to form a unity government with BN? 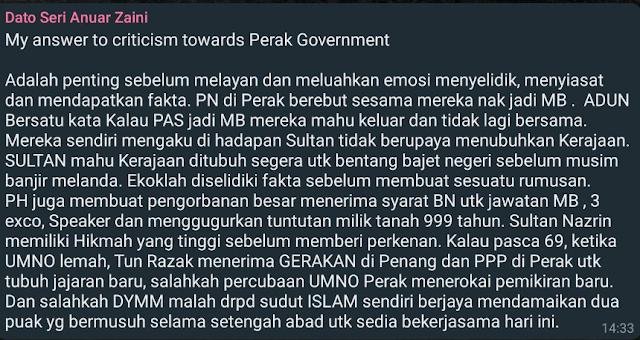 Dato Seri Annuar Zaini adalah penasihat Sultan Perak sejak krisis politik PRU14. Cerita sebenarnnya begini. Bersatu(PPBM) rupanya yang nak tarik diri dari PN jika bagi jawatan MB kepada PAS. Awai2 lagi dah berebut.Sekali Sultan putuskan kerajaan sekarang perlu ditubuhkan. Berebut sesama sendiri lepas tu buat narratif perkauman...
My answer would be a resounding no. BN may support DSAI to become the Prime Minister of a minority government via a special vehicle known as CSA or Confidence-Supply Agreement. BN does not have to join the PH-led government to govern.
By executing the CSA, BN may agree to fully support DSAI as the prime minister quid pro quo BN would be given certain benefits as an opposition front which is friendly to a minority government. This political arrangement might be a viable option in getting rid of the political stalemate. It may also produce added advantages such as by avoiding the evil of the “scheme of things” and a grandeur size of cabinet.
Finally, with the politics of hate and religious extremism demonstrated by PAS and Bersatu, it would be unimaginable for YDPA to let PN govern our beloved land without any damaging repercussions to Malaysia’s economy. – Datuk Mohamed Hanipa Maidin,the Vibes 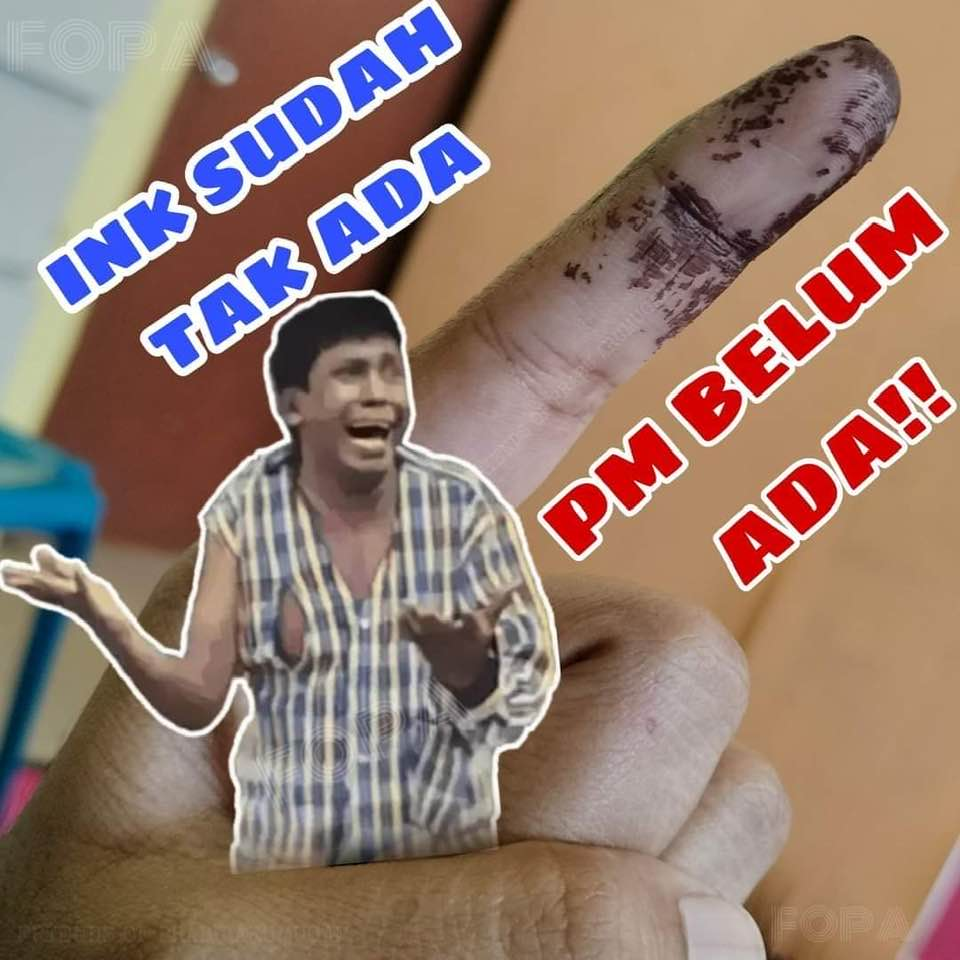