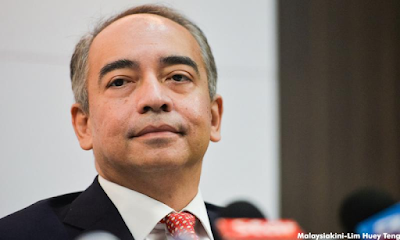 Nazir regrets helping Najib cash RM25.7m 1MDB-tainted cheques for GE13...
Former CIMB Group Holdings chairperson Nazir Abdul Razak expressed regret for helping his eldest brother, former prime minister Najib Abdul Razak, cash cheques for the 13th general election that later turned out to be 1MDB-linked.
Detailing the incident in his memoir 'What's In A Name', Nazir (above) said in the run-up to the 2013 polls, Najib approached him to help turn four cheques totalling RM25.7 million into cash to be used for campaigning.
He reiterated in the book that he saw it as only helping his brother, and had no reason to suspect the money came from fraudulent sources beyond legitimate campaign contributions.
"It never for a moment crossed my mind to think the funds could be of questionable origin.
"Of course, with the benefit of hindsight I regret agreeing to be involved at all," he said. 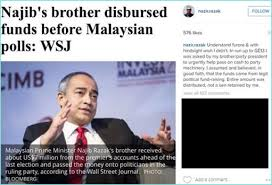 In 2016, it was revealed by the Wall Street Journal that the cheques came from an account owned by Najib where misappropriated 1MDB funds had been channelled.
Nazir said the revelation was distressing and prompted him to take garden leave as the head of CIMB to allow for an internal probe.
'1MDB became a sore point'
CIMB would later find that Nazir did not misuse his position in disbursing the cheques.
Nazir, who had been vocal about 1MDB, said in his memoir that he warned Najib on several occasions between 2009 and 2013 about the wealth fund, and expressed concerns that funds were being siphoned.
He said 1MDB became a sore point and strained his relationship with his brother.
"After a while, 1MDB became almost a taboo subject for us.
"I couldn't get through to him, and a couple of times he even quipped that I must be jealous or just have a personal dislike of Jho (Low)," he said.
Low, who is now a fugitive, was a close confidant of Najib and is believed to have played a key role in siphoning 1MDB funds.The 1MDB problem later caused tension between the two brothers, which seemed to be a topic that both of them avoided.
Nazir detailed in his memoir that his personal unease with 1MDB led him to work together with others such as The Edge's boss Tong Kooi Ong to investigate the fund, and even approached Dr Mahathir Mohamad for help in 2015.
His actions also caused his sister-in-law Rosmah Mansor to turn against him, he claimed.
He claimed that during a Ramadan dinner on July 15, 2015, at Najib's house, Rosmah loudly told Najib not to speak to him.
"For Rosmah, life was very simple; you were either with them or against them. There was no middle ground,
"Now at the Ramadan party, she grabbed Najib's hand and looking straight at me said, loudly: 'Don't talk to him! He's working against you and trying to topple you'," Nazir recalled.
He said Najib tried to calm Rosmah down, but to no avail.
"She added, with more than a hint of venom: 'I know what you're up to. I have eyes. You had better watch out'," Nazir wrote.
He said his sister-in-law was not entirely wrong, but that his motives were to get to the bottom of the 1MDB scandal and not to hurt Najib. - mk 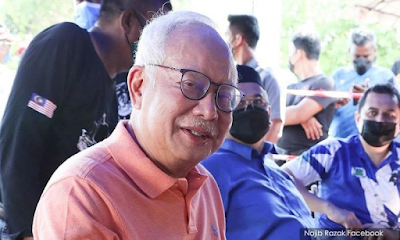 When politics is involved,
justice flies out the window...
The definition of a Malaysian minister is someone who does not care in which direction the car is travelling, as long as he remains in the driver’s seat and gets the taxpayer to pay for the vehicle, preferably a Toyota Vellfire. Ministers and politicians are not the only ones to insult our intelligence. One institution which we are regularly reminded is independent, is also testing our patience. The judiciary.
Convicted felons and allegedly corrupt ministers and their cronies are treated like pampered pooches. Recently, corrupt ministers, some of whom have been convicted, or who are awaiting trial for corruption and money laundering, had their passports returned. They can now travel overseas to conduct business, await the birth of a grandchild or seek medical treatment.
Would you, or I, be allowed such freedom even if we had been accused of a lesser crime? Malaysians are wondering if the allegation that justice comes with a price tag is true. When there is politics, there can be no justice. When those at the top of the judiciary keep quiet, it reflects badly on them.
If you owe the Inland Revenue Board RM100 or RM1,000, you will be told, “pay first, talk later”, but the rules are reversed for the Malay elite, like the convicted felon, Najib Abdul Razak and his son.
Should Malaysians prepare themselves for the time when Najib is set free? Will he sue the government and demand compensation for tarnishing his reputation, putting him under undue stress, and making his hair fall out? He claimed he had money problems and members of his constituency willingly pawned their jewellery to help him out.
Najib and his spouse were accused of stealing taxpayers’ money to purchase expensive jewellery and handbags, round-the-world shopping trips, foreign homes and luxury holidays. He claimed that the money was from his personal account, whilst his spouse lashed back at her critics and told them that perhaps they should stop being envious, and start saving from the time they were teenagers. Would the common folk be given leeway? 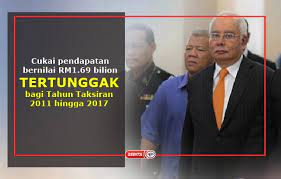 When the law finally caught up with the couple, police raids revealed a stash of hundreds of millions of ringgits and foreign currency, gems, handbags, luxury watches, and designer spectacles.
In the SRC International trial, he backtracked and said that the money was intended for a group of orphans. The decision to ban the former PM and his spouse from travel has been rescinded. The seized luxury items and hoard of cash and foreign currency have been returned because of a technicality.
We are a nation of incompetent politicians, lawyers, lawyers’ aides, civil servants and court officials. Where are the MPs and bar council to demand the retraining of these court officials? We waste taxpayers’ money, time, and valuable resources because an official failed to do his job properly.
Bringing the convicted felon, Najib, to trial was akin to extracting one’s teeth. There were numerous delays. He claimed to have fallen sick. He was late for his own trial. He wandered off to the toilet and failed to inform court officials. His lawyer and the lawyer’s pet dog were also caught up in the delay drama. If that was not bad enough, the judge granted Najib’s lawyer a week’s leave to attend his son’s wedding in February 2020. Most people plan their children’s weddings months in advance, but apparently, not this lawyer.
If you, or I, were to behave in a similar fashion, we would probably have been in contempt of court. Why were Najib and his spouse given so much leeway? Why are politicians allowed to repossess their seized money, just because they claimed it was for political funding? You, and I, if convicted, would be forced to lodge an appeal from prison. To date, we have not heard anything about Najib’s appeal for his SRC conviction.
Two other politicians, Ahmad Zahid Hamidi, and Bung Moktar Radin, both of whom will face trial for alleged corruption, are now allowed to travel overseas. The former for medical treatment, the latter to attend business meetings in the Middle East. Would the rules be relaxed for us, had we been on trial? It affects all of Malaysia 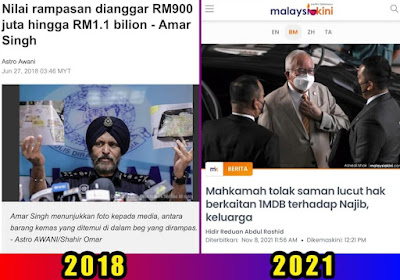 So, what is happening to the judiciary? Dispensing justice is only as good as the men and women who are appointed judges. They have to be rational, fair, honest, and ethical. They ensure that the system and administration of justice will work.
If people with no quality are appointed as judges, the law becomes flawed and justice will fail. The duty of judges is to administer justice, but in Malaysia, political interference will undermine them.
Judges, like those in other professions, have to look after their periuk nasi. They are subject to pressure from outside. They have peers who will influence them, or peers with friends in high places. They have to work with incompetent court officials, or officials who allow politics to interfere with their work.
The Bar Council is aware of this, so what are they doing about it? The man in the street is not interested in the small print or the legal mumbo-jumbo. He sees corrupt ministers slowly being returned to power. He fears the increasingly flawed system. He wants to know how MPs, and the judiciary will react. How will they address the rakyat’s lack of trust?
This is not just a problem for the legal profession. This is a Malaysian problem because it will affect everyone. - Mariam Mokhtar 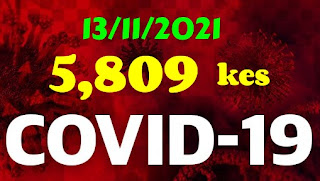