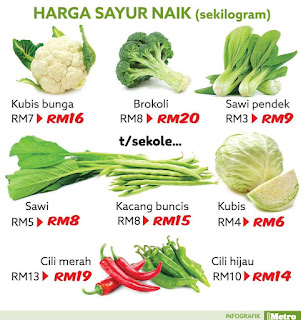 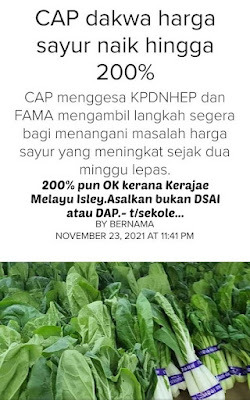 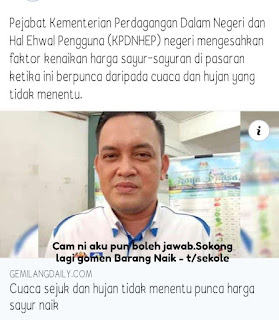 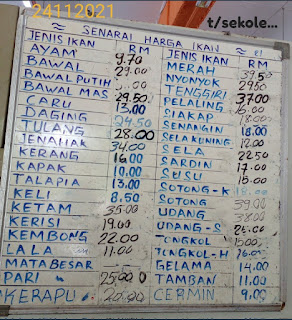 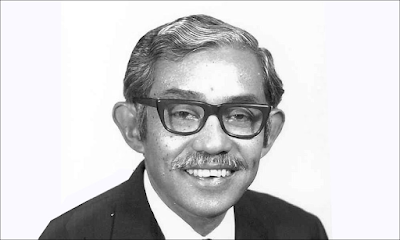 Can I as the son of Tun Dr Ismail ask,
like Najib, for a govt property?...
Life is unfair. When Tunku Abdul Rahman retired, Kenny Hills was renamed Bukit Tunku and our first prime minister was given a house at the foot of Bukit Tunku.
When Abdul Razak Hussein passed away, his widow and family were given a house on Jalan Eaton just off Circular Road which was renamed Jalan Tun Razak.
When my father (Dr Ismail Abdul Rahman,pix above) died, he died as acting Prime Minister in a house he owned. My mother had to surrender the government car and received nothing from the Razak government except for a pension that my father was entitled to.
Several government properties were named after my father but some – such as the Tun Ismail Atomic Research Centre (Pusat Penyelidikan Atom Tun Dr Ismail or PUSPATI) – were renamed during Dr Mahathir Mohamad’s premiership.
A memorial budgetted for, and supposedly to be implemented by the National Archives, has not taken off and many Malaysians, as a result, have largely forgotten Dr Ismail and the ideals he fought and lived for.
Would it be proper for me, as his eldest son, to ask for fairness from the government to an entitlement now as passed by Parliament? 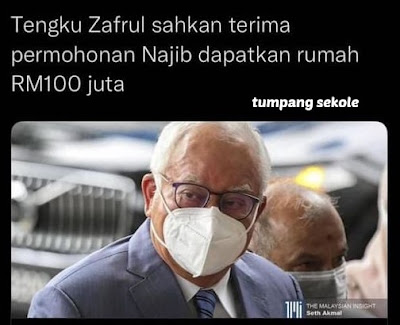 If former Prime Minister Najib Razak can request property worth RM100 million, what is my late father’s worth in 1973 values at today’s prices? If the children of past prime ministers can inherit lucrative properties gifted to their fathers or the widows of the ex-prime ministers, should I and my siblings be deprived?
What can subsequent governments since Razak’s premiership point to that was given to my family, even as a token, of the nation’s gratitude?
Can I at least ask for seed capital or an asset I could monetise to set up a fund for scholarships in my father’s name, The Tun Dr Ismail Scholarship, which incidentally was Maybank’s proposed tribute to him as ex-chairman of Malayan Banking, but which never took off?
My late father asked for no reward or recognition for the work he did, voluntarily and willingly giving his life for to the nation he loved, and it would not be proper for me to burden the nation with any guilt or regret for not giving material wealth as reward.
But I do ask that his vision and ideals for the nation as recorded in his Hansard speeches and his policy pronouncements be enshrined and imparted as education in schools and universities so that we can be a better nation. - Tawfik Ismail 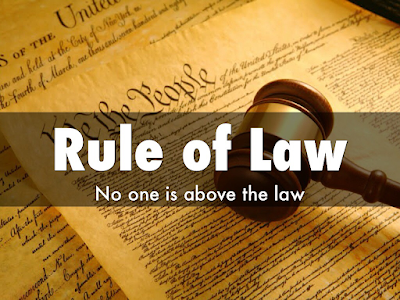 1. Malaysia is said to believe in the rule of law. The essence of the rule of law is that it must apply equally to every individual. There may be a range of punishment in consideration of the seriousness or otherwise of the crime. But everyone is entitled to be punished within the same range of fines or imprisonment.
2. Still monarchs are given certain exemption but for most crimes the law applies equally.
3. In Malaysia we are seeing blatant discrimination in the practice of the law. Specifically, we see vastly different treatment between Anwar Ibrahim and Najib Razak.
4. While the police broke Anwar’s door and arrested him, handcuffed and thrown into a police car to be detained before he was charged in court, Najib was never arrested or handcuffed or taken to a lockup in a police car. He goes to the court in his car and after the hearing he went home. Yet the charges against him are more serious.
5. Even when he was found guilty and sentenced to 12 years jail and a fine of more than 200 million Ringgit, he has not paid his fine or been jailed simply because he had appealed his case. 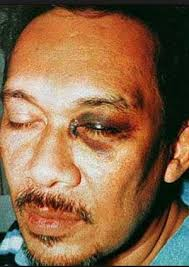 6. When a person is found guilty, he is guilty until the appeal court decide that he is innocent. But the appeal court has not decided that he is innocent. Therefore, he is guilty and he should serve his sentence. But he is treated like an innocent person, not paying his fine or jailed.
7. As far as is known no other person has been treated this way. More than that he is now allowed to leave the country. Again, there is no such precedent anywhere.
8. With Najib remaining free, it has allowed him to undermine the High Court’s decision and inevitably undermine the whole institution. And given Najib’s sphere of influence, he is able to spread this mischief among his followers who are naive and gullible.
9. On what basis are these privileges given to Najib when it was not given to Anwar or any other convicted person. Clearly the rule of law has not been applied equally between them. All these may be claimed as legal but they are not in accordance with the rule of law.
10. And now the Government has decided to reward him for his so-called service to the country. Yes, other retired Prime Ministers have been awarded old Government houses in recognition of their service. These PMs have not committed any crime and had not been found guilty of stealing Government money. Najib borrowed billions of Ringgit which have not been recovered. Now the Government has to pay interest on the loans amounting to 2 billion Ringgit a year for decades. Government will also have to pay the loans amounting to 40 billion Ringgit. 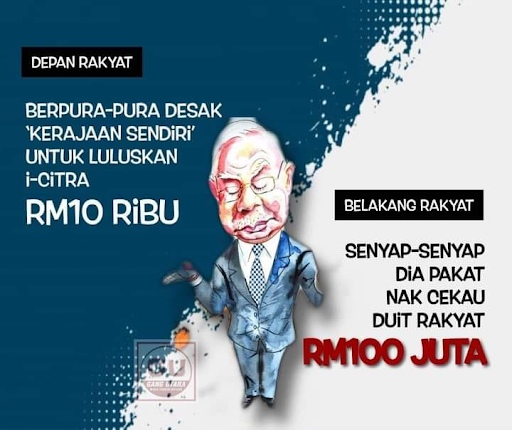 11. Yet the Government proposes to reward Najib with RM66 million worth of land and build a house at RM40 million Ringgit for Najib. Legal but not in accord with requirement for equal treatment before the law.
12. Najib is a convicted criminal who had lost billions of Ringgit of Government money. But the Government of Ismail Sabri thinks stealing and losing Government money and forcing the Government to pay billions back for the loan that Najib had borrowed deserved to be rewarded with 100 million Ringgit.
13. What is clear is that the Government of Ismail Sabri has not adhered to the equality before the laws as expected by the rule of law. No other convicted person in Malaysia has been treated the way Najib is being treated.
14. There is a need for the Governments of Mahiaddin Yassin (Perikatan Nasional) and Ismail Sabri to explain why the treatment of a convict like Datuk Seri Najib is different from all other convicts in Malaysia, all other retired PMs of Malaysia. - chedet 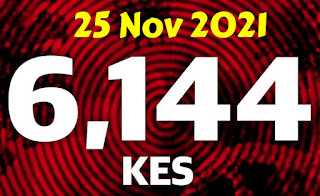