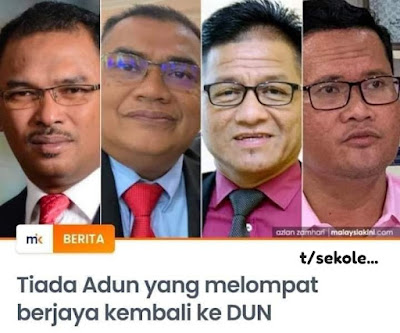 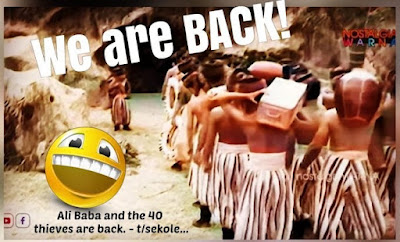 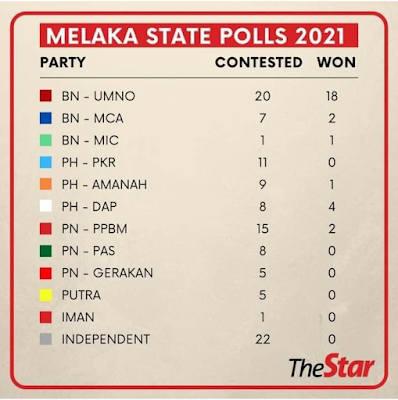 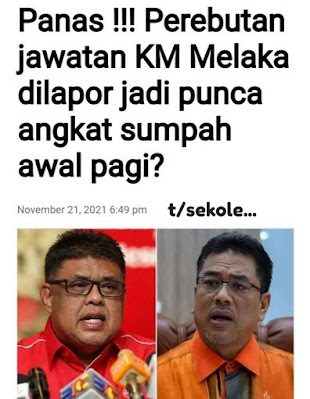 A tussle over CM's post
after big win?...
The Umno political circle in Melaka has been abuzz over the hasty swearing of Datuk Seri Sulaiman Md Ali as Chief Minister at 1am on Sunday (Nov 21) morning.It is understood that the decision to rush through the swearing-in was made after an unexpected attempt by newly-elected Tanjung Bidara assemblyman Datuk Seri Rauf Yusoh (pic) to claim the chief minister post.
Rauf, who is the state Umno chairman, was absent from Sulaiman’s swearing-in before Governor Tun Mohd Ali Rustam. Rauf had tried to lobby top party leaders including Prime Minister Datuk Seri Ismail Sabri Yaakob, party president Datuk Seri Dr Ahmad Zahid Hamidi and also Datuk Seri Najib Razak who is Barisan Nasional advisor.
It is learnt they put their foot down and insisting that Barisan cannot go back on their manifesto choice of Sulaiman for the top post. Rauf, when contacted, said it is up to the party to explain why he was not present at the swearing-in ceremony. He declined to comment on whether he made a last-minute bid for the chief minister post but said that he has no intention of rocking the new government. 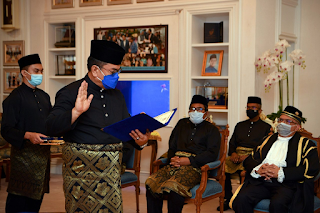 “Why should I topple the government that I helped to set up? I will help Sulaiman, he is my buddy. I will give him my strong support," said Rauf “I want to avoid situation where there are two tigers on a hill. I want to see a good combination so that we can work together to take Melaka forward,” he added when speaking to The Star.
Rauf (below) was a central and controversial figure in the events leading to the dissolution of the state assembly. He struggled to defeat Perikatan Nasional candidate Datuk Mas Ermieyati Samsudin by only 364 votes, down from a majority of 4,865 in 2018.
Asked about his absence from the swearing-in event, he said that was for the party to answer. Despite professing support for Sulaiman, Rauf indicated he was meeting Umno division chiefs today and would hold a press conference later in the day. 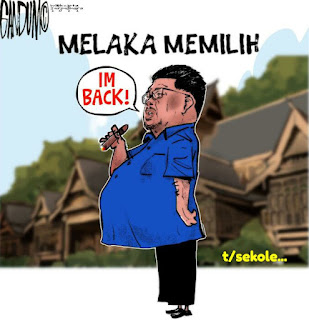 He was coy about the purpose of the press conference but said he only wants to play a role in the state government and that it was up to the chief minister to decide on a role he is suitable for. “They should show some appreciation and discuss with me,” said Rauf who was previously the state assembly speaker.
It is possible that Rauf, having failed in his eleventh hour bid for the chief ministership, is now trying to make sure that Sulaiman does not exclude him from the state exco. Barisan swept back to power in Melaka winning 21 out 28 seats on Saturday (Nov 20). - A Malay tsunami in Melaka... - A Malay tsunami in Melaka...  - Joceline Tan 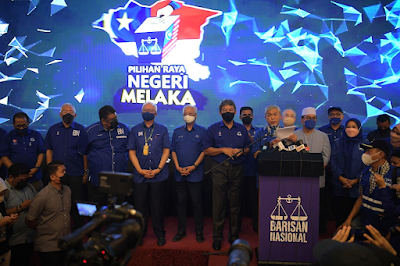 The Malaccans chose BN ...
For good or evil the Malaccans had decided to bring back the Barisan Nasional (BN) to power in the state. The party won 21 out of 28 seats in the State Legislative Assembly - giving it a two-third majority. Pakatan Harapan (PH), the victor at the 2018 General Elections under the leadership of Dr Mahathir Mohamad was humbled, winning only five seats under Anwar Ibrahim. His own party, PKR was wiped out. Mahiaddin Md Yasin's Perikatan Nasional (PN) was nearly annihilated, winning two seats.
But it wasn't an outcome to honour but also not one to homour. The turnout was disappointingly low. Only 65.85 percent out of 476,037 registered voters cast their votes. The resurgence of the kleptocratic BN could nullify all efforts to reform the government and rid the country of the corruption scourge. Hopefully, the folly of the Malaccans in endorsing the kleptocrats and members of the court cluster will not become a nationwide pandemic. Maybe the Malaccans had been condemned centuries ago to live in darkness and subjugation forever.
The dismal showing by the PH reinforces the widely held view that its ageing leadership can no longer fire the imagination of the voters. Anwar had tried unsuccessfully to lead the opposition to victory since the 1999 GE. When the PH won the 2018 GE, Anwar was in jail. At its helm was Dr Mahathir. As much as we want to see the BN and Umno liberating themselves from the clutches of the corrupt, we also would like to see the PH being led by younger, baggage-free leaders. It's heart wrenching to see bright young leaders growing old and becoming disenchanted because the incumbents are unwilling to make way for them. 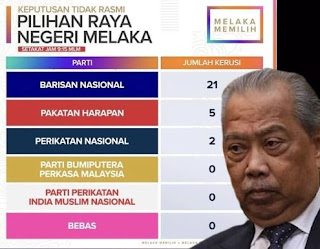 As for the PN and Bersatu, their future is unconvincing. Their laughable situation can be easily described this way: Mahiaddin betrayed the PH, Umno betrayed him and went on to clobber him silly in Melaka. Pas as a partner is a joke. I'm not surprise if the politically promiscous party gravitates back to Umno via the Muafakat Nasional (MN). Be that as it may, the BN victory in Melaka should not be taken to mean that its leaders are cleansed of their sins and wrongdoings. Justice must still be delivered. For this, I would like to believe that our Judiciary is independent and fair although the Attorney General via the Public Prosecutors has the power to influence trials.
It is for this reason that the legal fraternity and members of the federal legislature must continue to be strident and relentless in demanding explanation as to why the Attorney General's Chamber dropped the appeal against the acquittal of Adnan Mansor in a  corruption case. - A Kadir Jasin 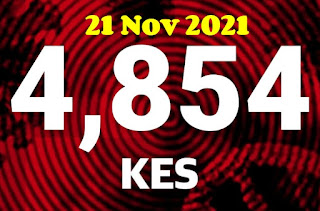