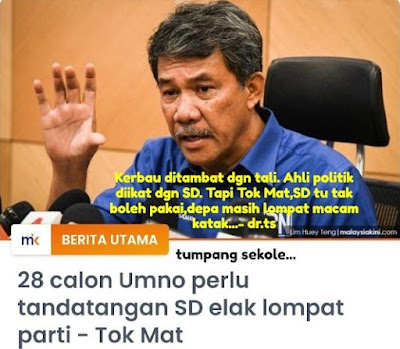 Only laws can stop
party hopping, not SDs...
Statutory declarations (SDs) alone will not prevent elected representatives from defecting to another party after winning an election, said DAP organising secretary Anthony Loke. Responding to a statement by BN deputy chairperson Mohamad Hasan, he said this can only be achieved by enacting an anti-party hopping law after amending the Federal Constitution.
“Tok Mat himself has received political frogs during his first term when he was the Negeri Sembilan menteri besar, namely the Bahau assemblyperson (Lim Fui Ming) who won on the DAP ticket in the 2004 election and hopped over to BN in 2007,” he said, referring to Mohamad by his moniker. After this, I hope all parties would jointly support an anti-party hopping law in Parliament. Let there be some dignity in politics,” he said through his Facebook account last night.
He was responding to a Bernama report that quoted Mohamad saying that all 28 candidates chosen to represent BN in the upcoming Malacca state election must sign an SD to prevent them from leaving the party after winning.
Mohamad said the SDs were being prepared by lawyers to be signed by the candidates before their candidacies are announced today.
“As there is no such act or enactment in Parliament or the (Malacca) state assembly yet, we need to have this declaration and two or three more documents for the candidates to sign before they receive their credentials tomorrow,” he was quoted as saying, adding that this is for the sake of political stability in Malaysia. 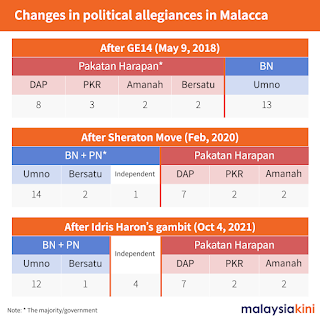 Political defections have been an issue since the 2018 general election, which has led to the downfall of the Pakatan Harapan federal government as well as several state governments. The upcoming Malacca by-election was triggered by four defections from BN led by Idris Haron in a failed coup, which led to the dissolution of the state assembly.
Nomination day for the Malacca state election is set on Monday, while polling day falls on Nov 20. Early polling will be held on Nov 16. - mk
With multi-cornered fights all round, Melaka state polls are just too close to call. Three major contenders BN, PN and PH are betting on young candidates given 40% of almost half a million voters  are below the age of 40. 28 seats up for grabs, nomination is today Nov.8, polling Nov 20. - MelGoh 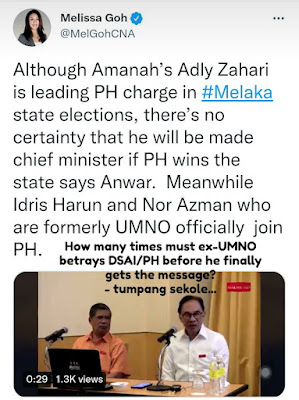 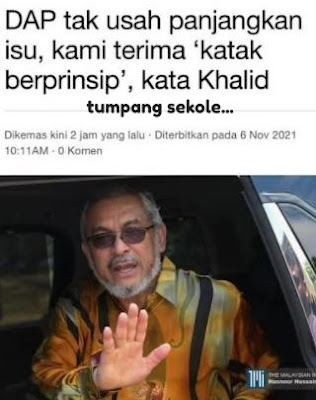 So when they lompat from another party to your party you call it "katak berprinsip". Its ok with you. You accept the katak. But when they lompat from your party to another party then they become "katak tidak berprinsip". You dont like it. You want to make an anti-hopping Law - for the "katak tidak berprinsip" only.
So what will the DAP do now?  Very simple. The DAP will put on very heavy, "tepung gandum" makeup. Wayang China mah. Chinese Opera style. To the DAP,  oklah itu lu punya pasal. I really dont care.
But for now I have FOUR requests to the DAP...
Whatever "tepung gandum" make-up you put on, get this done asap (because you have the MoU with UMNO).
Priority No 1.  Completely liberalise the banking and financial system. Not because I am too clever or you can become popular. This is to save the future of the economy and the country. The screwed up Malaysian economy is reaching "end of shelf life".  Another few more years of this bullshit and we are Zimbabwe or Lebanon.
So Priority Number 1 completely liberalise the banking and financial system. We need a competitive and free market credit lending system. 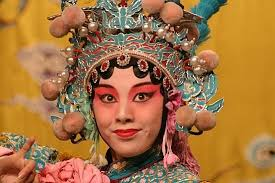 Priority No 2.  Cut car and automobile prices by no less than 33% (1/3). You can do this by cutting import duties, import taxes, levies, etc. And abolish APs for cars and motor vehicles which are basic consumer items. Cut car prices by at least 1/3. This will instantly give the Malaysian people an automatic pay rise (via a 20% - 30% savings in their monthly car instalments).
Priority No. 3  Abolish the toll highways. Worse case scenario cut tolls by at least 33%. A former Finance Minister told me personally that cutting tolls by 30% is entirely feasible.  Cut the tolls.  This will lower the monthly cost of living of millions of Malaysians. It will also lower transport costs in the Malaysian economy and make our industries more competitive.
Priority No. 4 Abolish the Sedition Act. This will stop the people from being un-intelligent.  Orang akan menjadi kurang bodoh.
If you can do this, you can have as many kataks as you want. Or need. I hope the DAP is listening. -  Syed Akbar Ali 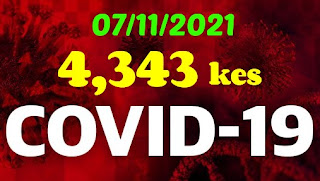