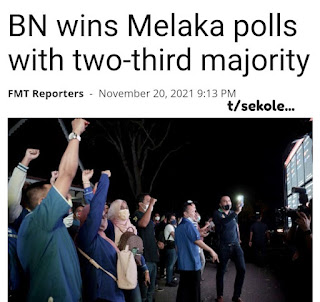 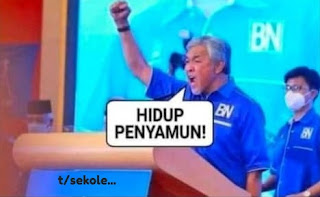 BN has secured two-thirds majority control of the Malacca legislative assembly.This is a major turnaround for the coalition, which previously had only 13 out of the 28 seats.With a two-thirds majority, BN can amend the state constitution.
The Anwar Ibrahim-led PKR fielded 11 candidates for the state election but failed to win a single seat. Anwar is also the chairperson of Harapan. PKR came close in Paya Rumput, which saw its central committee member Shamsul Iskandar Md Akin being edged out by BN's Rais Yasin. In the 2018 general election, PKR won 3 seats. Nasib baik ada DAP, jika tak malu besaq PH...
Meanwhile, PN component parties PAS and Gerakan, both of whom decided to stick with former premier Muhyiddin Yassin's Bersatu instead of BN, were also left empty-handed . PAS fielded eight candidates while Gerakan five. - dr.ts 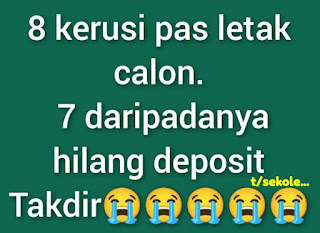 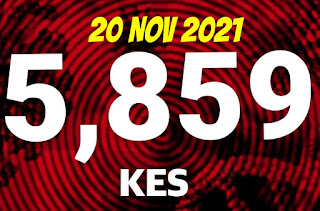