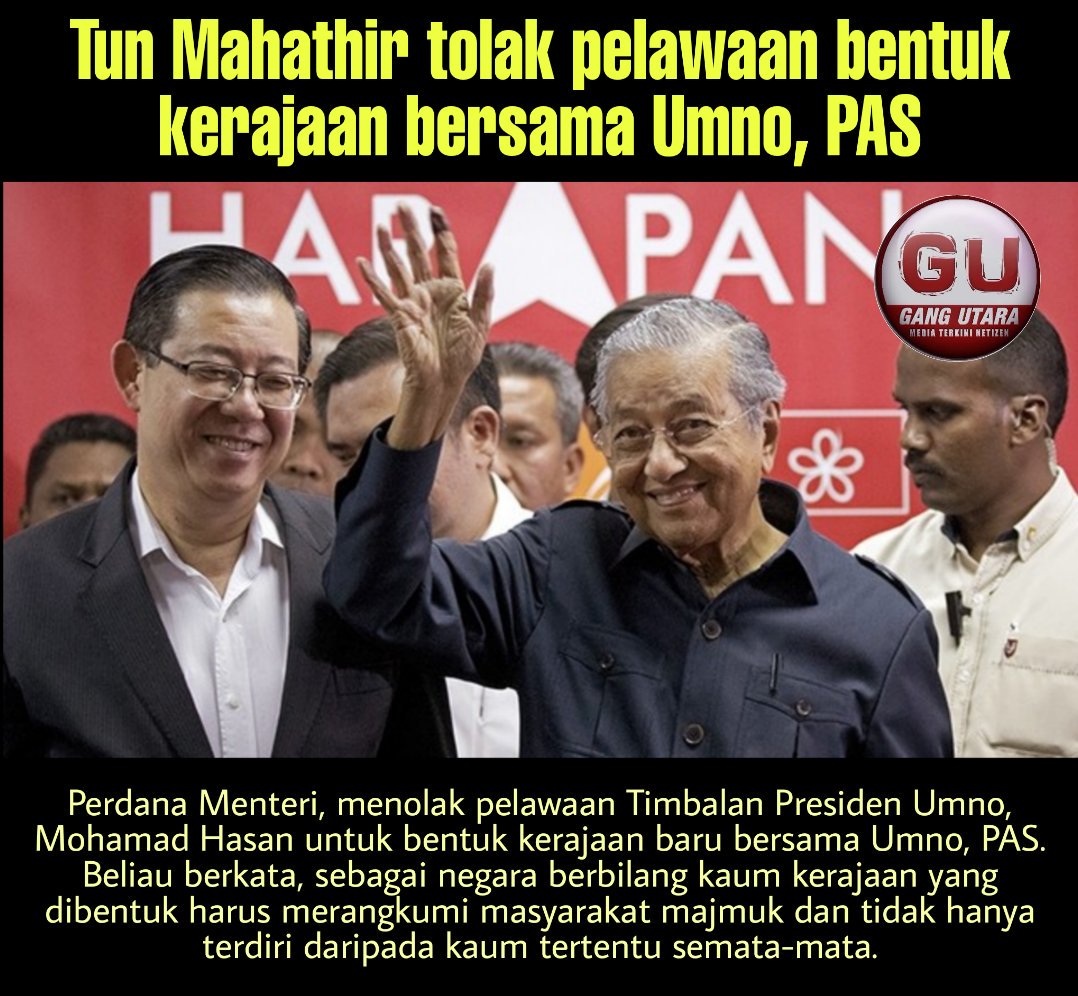 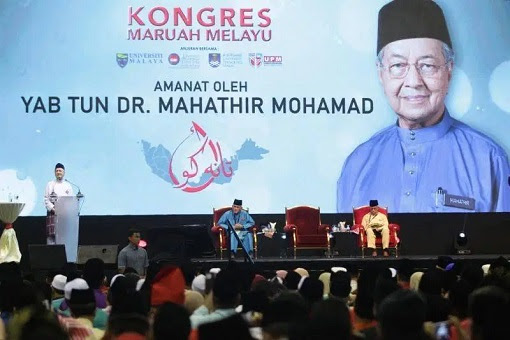 After opposition parties UMNO Malay nationalist party and PAS Islamist party joined hands in a Muslim unity gathering last month, Prime Minister Mahathir Mohamad had no choice but to arrange a similar gathering just to show that his own Malay-based party (PPBM or Bersatu), too, is as Malay and Islam, if not more Malay than UMNO and more Islam than PAS.

Hence, the Malay Dignity Congress (MDC) was organised to counter UMNO-PAS’ gathering. Exactly what was the purpose of the MDC is beyond comprehension. You don’t whine, moan and bitch about losing dignity unless you had lost it. So, has the Malays, forming 50.1% of the population, really lost their dignity? More importantly, to whom have they lost their dignity to?

The congress, which was jointly organised by Universiti Malaya (UM), Universiti Pendidikan Sultan Idris (UPSI), Universiti Putra Malaysia (UPM) and Universiti Teknologi MARA (UiTM), opened with a bang when the chief organiser – Zainal Kling – issued a warning to other minority communities, particularly ethnics Chinese and Hindus, about their “social contract” with Malays.

Actually, it was more of a threat than a warning from the “Kling” guy. He basically said the Chinese, Indians and other non-Malay minorities in Sabah and Sarawak – the natives Kadazans, Dusuns, Muruts, Bajaus, Bidayuhs, Orang Ulus, Melanaus, Ibans, Dayaks and others – are not worthy to be treated as Malaysian citizens or are inferior as compared to the ethnic Malays.

Zainal Kling was probably clueless that there is an estimate of 42 ethnic groups with over 200 sub-ethnic groups with their own language, culture and beliefs in Sabah alone. Sarawak has more than 40 sub-ethnic groups, and Malays are actually the minority in the state. But what do you expect from a professor who said in 2011 that Malaya was never colonised by the British?

Yes, the racist Zainal Kling was the same professor from  Universiti Pendidikan Sultan Idris, who exposed the biggest secret that then-Malaya was never colonised by the British from 1824 to 1957. In the same breath, the country was also never colonised by the Portuguese (from 1511 to 1641) and Dutch (from 1641 to 1825). Why the heck do the people celebrate Independence Day then? 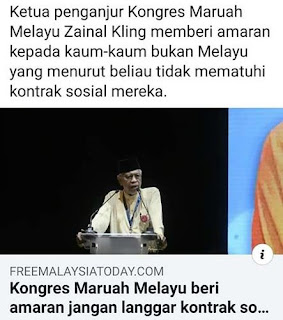 Darell Leiking, the current Minister of International Trade and Industry in the Mahathir administration, was so offended by Zainal Kling’s ignorance that the Member of Parliament from Sabah lectured the professor that the so-called “social contract” did not exist because Sabah, Sarawak, Singapore and the Federation of Malaya had jointly formed Malaysia in 1963.

The previous Barisan Nasional government, led by dominant party UMNO, had consistently used the social contract to threaten, bully, intimidate and oppress minority communities whenever they wanted to rally for Malay support. The social contract refers to the understanding made by Malaya’s founding fathers pertaining to the granting of citizenship to minorities, especially Malaysian Chinese and Indian.

Mr. Leiking, disgusted with the unfair blame game, said – “I hope Zainal will understand it clearly that Sabah and Sarawak did not ‘join’ but ‘formed together as separate entities’ the federation of Malaysia. He should make a detailed research on the Malaysia Agreement 1963 before using the social contract in Malaysia as his basis of argument.”

Mahathir admitted – “There is no written social contract. But there was an understanding among the founders of the Alliance that we should share. Tunku (first Prime Minister Tunku Abdul Rahman) gave one million citizenships to the Chinese, and in response, he expected the Chinese to give some support to the demand for independence and to the sharing concept.”

In other words, if you ask Zainal Kling to show the social contract, he can’t, simply because such written document did not exist in the Constitution. And based on Mahathir’s confession in 2008, it was all about exchanging the country’s independence with citizenship to the minorities Chinese and Indians, without which the British will refuse to grant independence and continue to rule.

Why was the social contract not written in the first place if indeed the British agreed that the Malays were the Lord of Malaya (Malaysia after independence)? In fact, the “social contract” phrase was never used by the Malaya leaders seeking Independence and members of the Reid Commission, which was the body responsible for drafting the Constitution prior to Independence.

At the congress, Mr. Zainal Kling said Muslims are allowed to terminate their treaties with non-Muslims if the latter break the conditions. Well, does that mean Malaysia will be handed back to the British since the citizenships of Chinese, Indians and close to 100 ethnics and sub-ethnic groups in Sabah and Sarawak will be suspended or terminated due to all treaties being null and void?

The despicable Zainal said Malaysia is for Malays, the same way Thailand is for the Thais, China for the Chinese, and India for the Indians. Using the same logic, Sabah is for Sabahans and Sarawak is for Sarawakians because both states were never part of Malaysia until 1963 as equal partners, years after the Independence on 31 August 1957.

In the same breath, perhaps the Chinese in Sabah and Sarawak possess special privileges unlike Chinese in Malaya. And based on Zainal’s twisted logic, South China Sea belongs to China and Indian Ocean belongs to India. But the most hilarious part was when the half-baked professor claimed the Malays “inherited the country for over 5,000 years.”

Participants of the congress, mostly Malay undergraduates, who cheered and applauded in agreement with Zainal Kling’s racist statements about the erosion of dignity should be ashamed that despite being the majority race in the country, they still have to threaten, intimidate and bully the minorities with false accusations in order to redeem their so-called dignity. 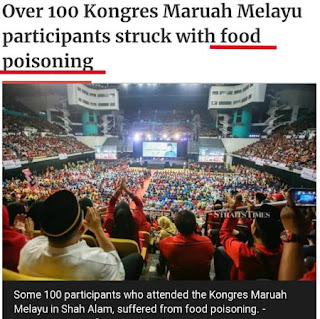 Mahathir, interestingly, claimed he did not hear Zainal Kling’s hate speech, despite them being widely reported. Nevertheless, netizens quickly mocked, joked and ridiculed the racially charged event after 192 undergraduates who attended the congress came down with diarrhoea and vomiting from eating contaminated “nasi lemak” served at the event.

One user unleashed a tweet – “Where is the dignity in eating rotten food? Now the only dignity left is in the jamban (toilet).” Some said that despite lobbying for more Malay special treatment, organizers couldn’t even get simple event catering right. One netizen sarcastically wrote – “This must be the work of a dignified Malay caterer. Or a sign that God is angry.”

Another internet user joked that the food poisoning had made “nasi lemak” lost its dignity, while one said he hoped the country does not need another congress to rebuild the lost dignity of “nasi lemak”, a Malay fragrant rice dish cooked in coconut milk and “pandan leaf” – considered as the national dish.

Zainal Kling could be trying his best to impress PM Mahathir, but the drama appeared to have gone haywire. That probably explains why the premier pretended to be not aware of the professor’s extreme racist remarks. It’s one thing to be racist. It’s another thing altogether to make racist statements which are downright stupid. Clearly Kling has done more damage than good to Mahathir. - FT 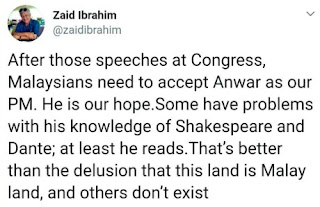 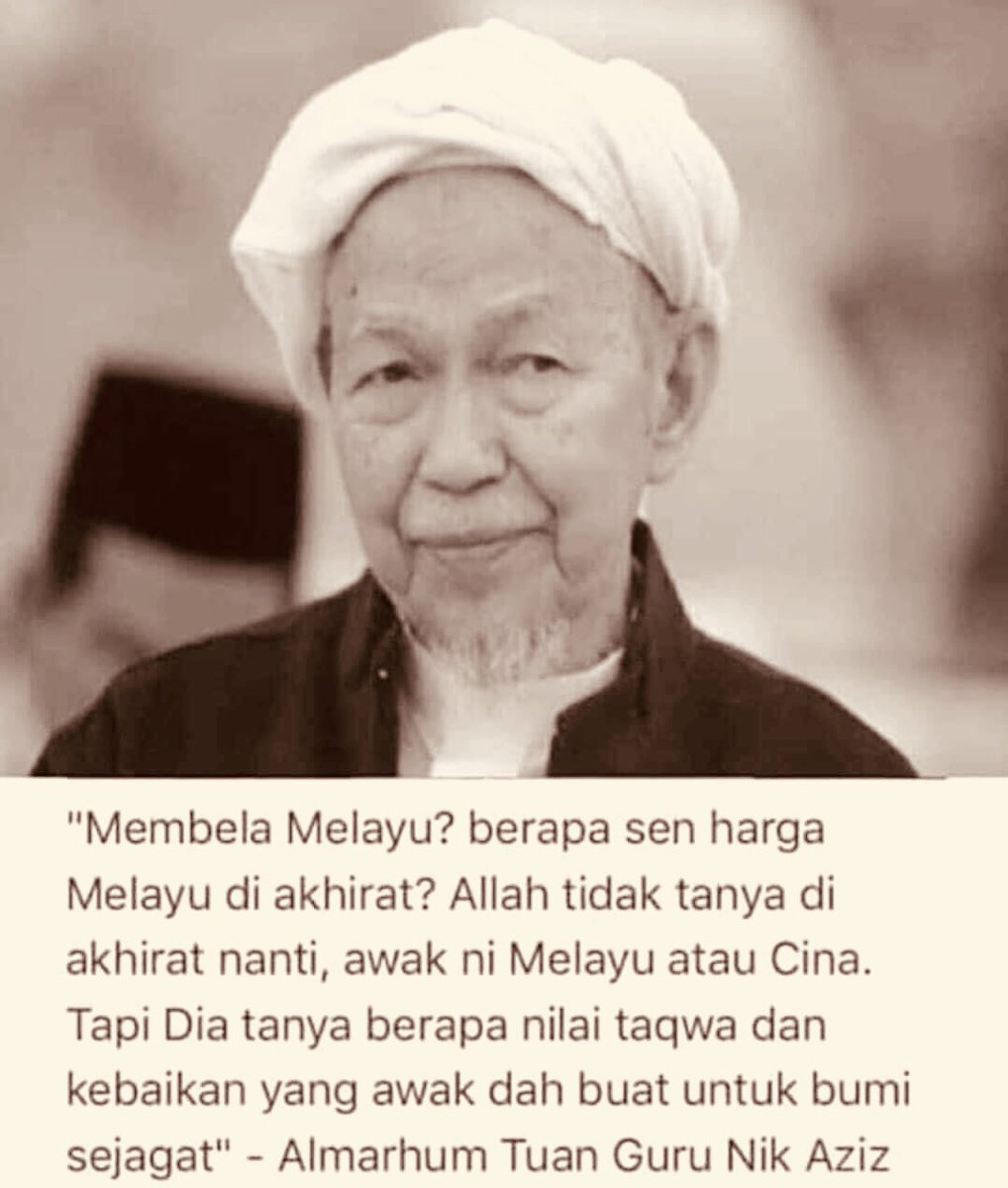 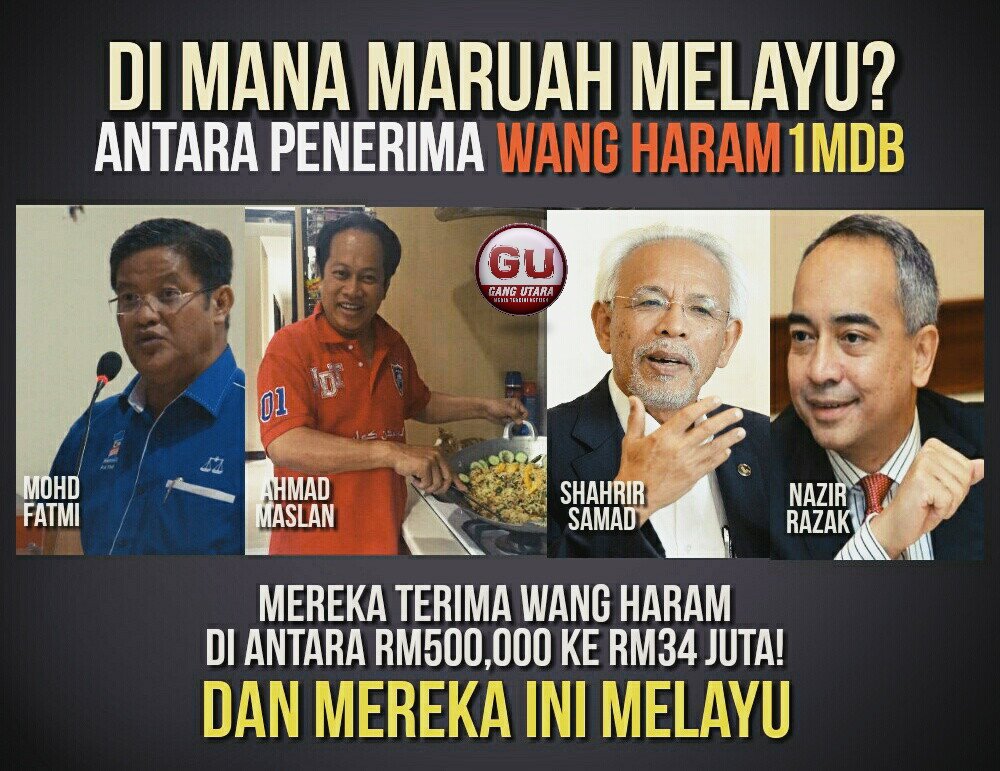