When 4 Professors Were Too Coward To Meet Students...

4 Professors and A Crown Prince

By now, it’s as clear as crystal that the four law university professors and a big shot crown prince were nothing but a bunch of cowards who had chosen to hide instead of attending a forum to defend their case – Rome Statute of the International Criminal Court (ICC). Despite widespread publicity and invitations extended, the so-called top brains of universities did not turn up for the event.

The Tun Suffian Auditorium in Universiti Malaya was reportedly packed to the brim for the public forum titled “Malaysia dan Statut Rom (Malaysia and the Rome Statute)” on Saturday (April 27), with some even sitting on the floor and on the steps leading to the seats. Unlike the controversial professors, Attorney General Tommy Thomas was there to take the bull by the horns.

During his political campaign, PM-in-waiting Anwar Ibrahim loved calling local university professors, largely appointed by the previous Barisan Nasional government as running dogs of the regime, as “professor kangkung (water spinach)” – a derogatory, demeaning and deplorable words fit for the professors who were actually empty vessels without substance.

As university academics of the highest rank, the four professors of UiTM, IIU and USIM should lead by example. Unfortunately, their absence at the forum has lent credence to the allegations that the supposedly intellectuals of institution of higher learning aren’t that intelligent after all. The cowardice of the four professors essentially legitimized them being labelled “professor kangkung”.

The gang of four who had apparently ill-advised the Conference of Rulers when they used the tribunals set up against Emperor Wilhelm II of Germany and Emperor Hirohito of Japan – two monarchies who were involved directly in World War I and World War II, respectively – to conclude that the Malay Rulers in the country were not immune from prosecution by the ICC (International Criminal Court).

One doesn’t need a rocket scientist to tell that the “consultation” given to the monarchies was extremely suspicious and fishy from the beginning. It was done with the utmost secrecy. It would take nine student activists to expose how some biased justification papers on Rome Statute were drafted and presented to the Conference of Rulers – leading to the rejection of the Rome Statute.

So, why none of the four law university professors dared show their face in the forum to explain, argue and defend what they had written in the papers presented to the Malay Rulers? With four top brains against Tommy Thomas, should not the four professors – Rahmat Mohamad, Shamrahayu Abdul Aziz, Fareed Mohd Hassan and Hisham Hanapi – have little trouble crushing the Attorney General?

Exactly how the professors could continue lecturing students in their respective university after their mind-boggling cowardice is beyond comprehension. In fact, Universiti Kebangsaan Malaysia (UKM) law graduate Asheeq Ali Sethi Alivi, who was one of the nine student activists who leaked the paper, openly criticised the four academics’ paper as nothing but “stupid”.

But the biggest star was Tommy Thomas. The Attorney General explained that the “Yang di-Pertuan Agong (King)” will not be charged or held responsible for any war crimes even if Malaysia commits them after accepting the Rome Statute. He used UK as an example. There were no calls for Queen Elizabeth to be charged for any war crimes as she is a constitutional monarch like the Agong.

Mr. Thomas  said – “The Yang di-Pertuan Agong is a constitutional monarch who must act on the advice of the elected prime minister who represents the democratic will of the majority of voters. So for example, if war is declared, although the Agong (King) is the supreme commander of the armed forces, the decision to go to war is always made by the prime minister and the Cabinet and the minister of defence.” 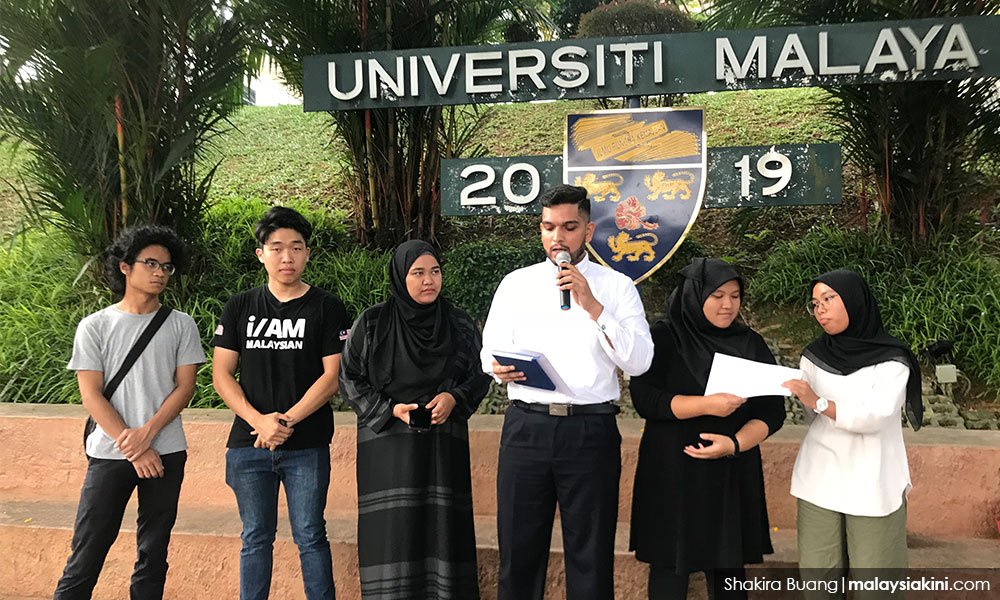 A.G. Tommy Thomas also lectured those attending the forum that the Rome Statute was created following some of the world’s worst crimes such as genocide and the Holocaust that occurred in then Hitler-led Nazi Germany. Thomas questioned the objection against acceptance of the Rome Statute, noting the four crimes are practically non-existent crimes in the country.

The jurisdiction of the ICC covers four international crimes – genocide, crimes against humanity, war crimes, and crimes of aggression. Since the country’s independence in 1957, the Parliaments and lawmakers, including all past prime ministers and attorney generals did not require the four international crimes to be legislated simply because such crimes are non-existent.

To argue that the four international crimes might happen in the future could only mean one thing – one or some of the Malay Rulers have an evil plan to conquer the world, the same way Emperor Hirohito of Japan or Dictator Adolf Hitler of Germany slaughtered millions during the World War II. But if that’s true, then the more reason for Malaysia to sign the Rome Statute.

Responding to allegations that Malaysia’s Malay Rulers or Sultans would not be immune to prosecution in the ICC once the treaty is signed, Thomas pointed out that their legal immunity was long lost. True, the Article 181 of the Federal Constitution initially stated that the monarchs cannot be sued or charged in court – in their official capacities as a Malay Ruler or personal wrongdoing.

Thanks to the Johor Crown Prince Tunku Ismail Sultan Ibrahim’s grandfather, who beat up hockey coach Douglas Gomez in 1992, not to mention the murder of a golf caddie in 1987 while serving as Agong (King), then-PM Mahathir Mohamad amended the Artile 181 in 1993 to create a Special Court where the rulers can be charged with any personal wrongdoing.

The Special Court, established under Article 182, is the only place where both civil and criminal cases against the Yang di-Pertuan Agong (King) and the Ruler of a State in his personal capacity may be heard. Such cases can only proceed with the consent of the Attorney General. Therefore, the Malay Rulers or Sultans have already lost their immunity since 1993.

A.G. Tommy Thomas also dropped a bombshell – that the former Barisan Nasional government had actually decided in March 2011 to ratify the same Rome Statute that they are now rejecting. Noor Farida Mohd Ariffin, who was directly involved in the preparation of the cabinet paper for Malaysia to ratify the statute in 2011, has confirmed that the paper was sent to all relevant agencies for feedbacks.

Noor Farida, who was also the Ambassador of Malaysia to the Netherlands, said – “All agencies (that received a copy of the cabinet paper) agreed, except for the AG’s Chambers at the time, who were vehemently against it. Unfortunately, the foreign minister at the time never signed the instrument until he left office after the defeat of BN on May 9 (14th general election) last year.”

Clearly, A.G. Tommy Thomas was right to slam the previous Barisan Nasional government as a hypocrite for criticising against the Pakatan Harapan government’s move in March to sign the Rome Statute of the International Criminal Court, when the previous regime had itself decided that Malaysia would accept the international treaty.

Comically, fellow forum panellist Shad Saleem Faruqi pointed out that 14 other countries with a constitutional monarchy system – including the United Kingdom, Netherlands, Belgium, Norway, Denmark, Spain, Sweden and Japan –  had signed the Rome Statute without experiencing the same “false fears” like Malaysia, suggesting monarchies such as the Sultanate of Johor should stop embarrassing itself unnecessarily.

Yes, not only opposition Barisan Nasional has demonstrated its highest hypocrisy condemning the signing of the Rome Statute, the four “professor kangkung” have lost their integrity and reputation in the eyes of university students and should be sacked. More importantly, the crown prince looks incredibly dumb for believing some stupid papers prepared by the half-baked professors.

However, Constitutional law expert Shad Saleem was absolutely correct in recommending that enforcement authorities such as the army, police, and others should be briefed on the Rome Statute. After decades of feudalistic mindset and 60 years of racism, bigotry, intolerance and extremism indoctrination by UMNO, the backbone of the Barisan Nasional, it’s wise not to underestimate their blind loyalty and ignorance. - FT

Imagine, when Najib was in power and when the RM 2.6 billion "donation" and SRC scandals were first exposed, the bank branch Mgr, Uma Devi knew EXACTLY what was going on in Najib's banking transactions, but she had to keep her mouth shut because the #Malaysian Crook was at the helm.Kalau tidak, guaranteeeee 1000% dah kena simen!!! - f/bk