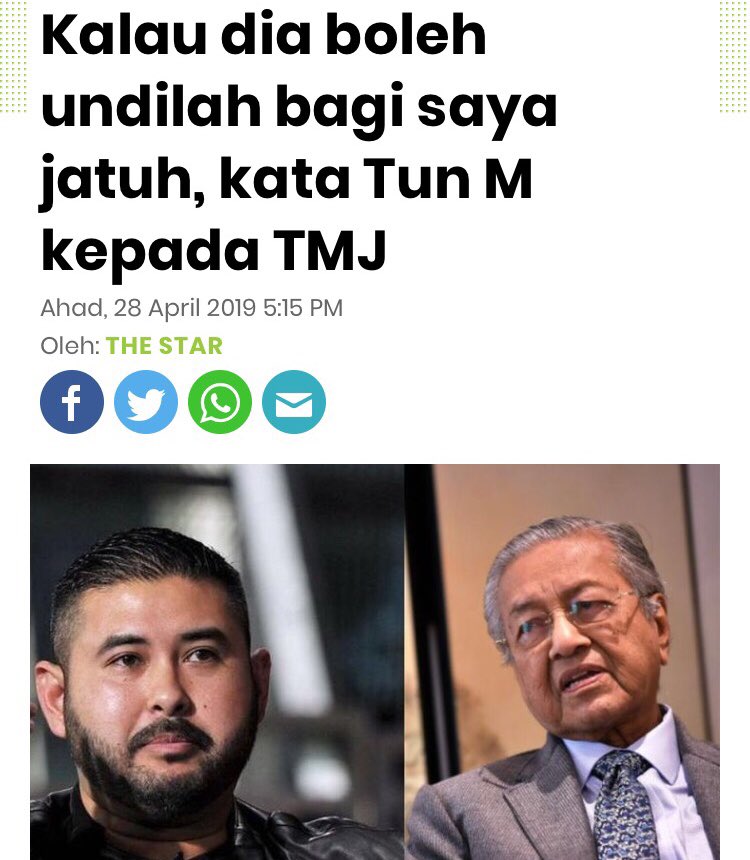 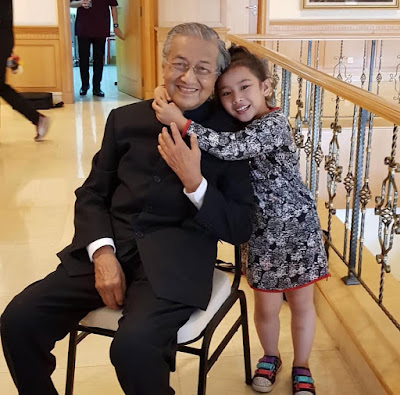 When Dr Mahathir Mohamad announced that he was stepping down during his first term as prime minister that fateful afternoon on June 22, 2002, it came as an extreme shocker because no one had expected it. Even Dr Siti Hasmah Mohamad Ali told the media the following day that she gasped in disbelief at her husband’s announcement, because he did not inform her earlier of his intention.

We can all recall the drama of tears and pleadings that took place at the Umno general assembly 17 years ago. That was the Mahathir of old, and no one should expect the new Mahathir to change. He was 77 then and 93 today. Is there a new Mahathir, by the way? 77 or 93 is still old. There is only an older Mahathir. I doubt I would be shocked today even if he announced his intention to step down tomorrow.

Immediately after the pandemonium that erupted at the Putra World Trade Centre, and anguished cries of disbelief from party loyalists, Mahathir was persuaded to adopt a prolonged transition period, which he accepted. Malaysia’s fourth prime minister eventually stepped down in October 25, 2003, and passed the baton to his anointed successor, Abdullah Ahmad Badawi.

In recent days, talk about Mahathir stepping down has been making its rounds. I don’t believe there was anything sinister in it this time. In fact, it was Mahathir himself who started it by saying that he wanted to resign, in a fit of anger perhaps.

All present at the Bersatu meeting last Monday could see that the prime minister was one unhappy man that day over the Johore exco debacle and his constant exchanges with the state royalty. Thankfully, Muhyiddin Yassin  was able to defuse the tense situation and he did the right thing by being apologetic to Mahathir over the Johor exco issue.

However, I think Muhyiddin’s aide went over the top in the defence of his boss by stating that an “influential person” offered Muhyiddin the prime minister’s job soon after Pakatan Harapan won last year's general election.  That was unnecessary and out of line because, even if it was true, Muhyiddin was never a contender for the premiership. A case of an overzealous and overenthusiastic aide!

I was in Parliament early this month and over tea in the cafeteria, an MP friend asked me whether I’ve heard that Mahathir will be stepping down in November this year. “No” was my reply, because I had not heard anything about it and told my friend that he should know better since he is within ear-shot of decisions made at the top. He is a Harapan MP.

As he elaborated, I began to see where he came from and thought what he said was logical and sensible. The MP said that Mahathir probably had informed those in his inner circle that he had had enough as the prime minister and that he has done whatever he could. There was nothing more he could do even if he were to carry on as prime minister.

The other thing, as all are aware, is the age factor. It is a fact, as stated by Mahathir himself, that he did not expect Harapan to win GE14.  Returning as prime minister at 93 is not something anyone would have wished for in a thousand years. But as fate would have it, it happened. Harapan’s victory was nothing short of a miracle.

I then asked my friend, “Why November?” "That would be exactly a year and a half from May 2018. The agreement is two years for Anwar Ibrahim (below) to succeed him.

"Mahathir would probably bring Anwar into the cabinet as a senior minister over the course of this year in preparation for the transition,” he said. While I was aware that the MP was merely speculating, it makes sense to me too. 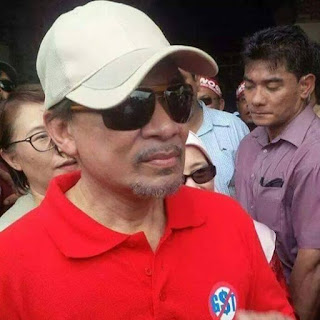 I have no doubt that Mahathir will honour his promise to Anwar. He had repeatedly assured that the PKR president will succeed him. I honestly do not see a U-turn by Mahathir on this one. It would be a mortal sin to renege on this all-important promise that is known to all.

Whether we think highly or have little respect for Mahathir or Anwar is irrelevant. Anwar is the anointed eighth prime minister of Malaysia of the Harapan coalition, not just of Mahathir this time. All must accept this as Harapan was duly voted into power and democracy demands that this decision of the government in power be respected.

If there is anyone out there, within or outside Harapan, who attempts to curtail Anwar’s ascension to the premiership, let him or them be forewarned that such a dirty move would incur the wrath of many right-thinking Malaysians, irrespective of whether they support Harapan.

I would not be surprised if certain quarters were to make life difficult for Anwar when he is prime minister. I believe Anwar is aware of people lurking behind the dark shadows, watching his every more and ready to fault his every misstep.

Meantime, Anwar must be prepared and ready to step into Mahathir’s shoes any time. After the June 2002 shocker, no one should be taken by surprise anymore if the prime minister suddenly announces his resignation.

Assuming that Mahathir does so in November, as speculated by my MP friend, perhaps a three-month transition period would be good. This will give Anwar enough time to pick his own team in the cabinet and plan what he intends to do during his first 100 days in office, at least. 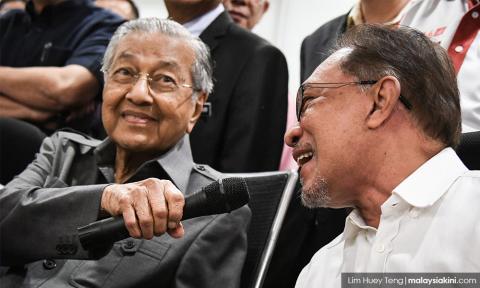 That will take us to February 2020, the year Mahathir had proudly declared for Malaysia to be an industrialised nation in his “Vision 2020”. It appears that ‘2’ and ‘0’ are his preferred numbers. Mahathir also chose June 22, 2002, as the date when he announced his first resignation from the premiership.

If that is so, then the date of his second departure as PM will be more significant if he chooses Feb 20 next year – it will be 20.02.2020. That will be a date few will forget. Let me declare that this is just a speculative story and a harmless one. It can happen or will never ever take place.

What is true and void of any speculation is that Mahathir will make way for Anwar within two years from May 2018. He has said that “a promise is a promise." February 2020 is just three months earlier and there is nothing to prevent my speculation from turning into reality.

Hey, Mahathir also kept Siti Hasmah in the dark of his intention to step down in 2002. If he did not even inform his wife, what makes us think that he would tell any of us? Only Mahathir himself knows when he wants to step down.

Meanwhile, Anwar Ibrahim, get ready! Putrajaya should beckon within the next nine months. This time, it’s for real! - Francis Paul Siah,mk


Tun Daim Shares His Takes On The ECRL