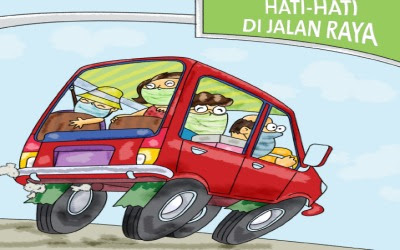 A picture tells a thousand words but in Prime Minister Najib Abdul Razak's case, the photograph of him playing golf with US President Barack Obama in sunny Hawaii tells a million words.While thousands of Malaysians are braving the worst floods in decades, the PM was seen holidaying in Hawaii, and ostensibly to discuss the Trans-Pacific Partnership Agreement (TPPA) with the US president. Najib left the country on Dec 20 after visiting his home state of Pahang and in particular his constituency of Pekan, the royal town which has been ravaged by floods every year.                                                           National news agency Bernama had three reports of him meeting flood victims, including one about him having nasi dagang, and a victim who had walked kilometers to flee the floods and was happy to see Najib’s hands-on supervision of flood relief efforts. However, this is seen as part of a public relations exercise for the embattled PM, who is not only receiving criticisms from human rights groups for his about-turn in the Sedition Act, but also from former premier Dr Mahathir Mohamad over the controversial 1Malaysia Development Berhad. That photograph of Najib playing golf with Obama indeed did not sit well among the thousands of others circulated in the social media of Malaysians suffering from flood waters.

Several hours later Najib uploaded a photograph of him having a chat on the phone with his deputy, Muhyiddin Yassin, in his Facebook page along with a statement that he was concerned over the deteriorating flood situation, but the damaged had already been done. Najib should know politics is partly about the art of perception. That is why photographs of leaders kissing babies, politicians stirring dodol or trying their hand at tossing a roti canai, or them jumping on a garbage truck to do spot checks can work wonders. In this case, the PM's photograph of him at the golf course has the reverse effect - it resulted in bad publicity which may take days, if not months, for Najib to recover from. History repeats itself History, as they say, repeats itself and that is why it is important to learn from it so that mistakes do not reoccur. Former premier Abdullah Ahmad Badawi’s trip to Australia in 2007, when floods ravaged the Umno stronghold of Johor, had also resulted in adverse publicity for the politician who only three years earlier had delivered BN's best showing at the 11th general election. A year later, Abdullah and BN suffered their heaviest setback at the polls. His vacation exploits, combined with his unpopular move to drastically raising oil prices, among others, may have contributed to the poor showing. Will Najib's photograph of him rubbing shoulders with Obama have the same effect? To compound problem, it was only less than two weeks ago that Malay rights group Perkasa warned Najib to cut his overseas trips or he may risk losing power. And was it necessary for Najib to use the government jet for the trip when he is on a personal vacation? Najib said that this was holiday-cum-work trip to discuss the TPPA, but why is there the need to go all the way to Hawaii for that?

After all, in the aftermath of MH370 and MH17 tragedies, Najib did speak to world leaders, including Obama, over the phone. Wouldn’t that be a better and cheaper option?
Certainly, the country is waiting for Najib to return and chair the National Security Council meeting, which has been delayed despite the flood conditions worsening by the day. Even cabinet minister Mustapa Mohamed has conceded there was a lack of coordination in flood relief. A picture tells a thousand words and Najib’s Hawaiian holiday has unwittingly eclipsed his overseas achievements this year, which among others, securing the MH17 black box from the Ukrainian rebels and scoring a coup playing golf with the most powerful man in the world. But the flood victims are demanding why he was not here with them in their time of need. He has some explaining to do. But will he? - mk

‘Damage has already been done to his almost non-existent reputation.’ 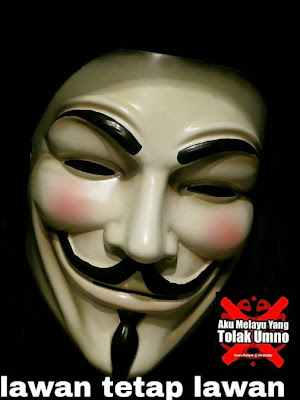