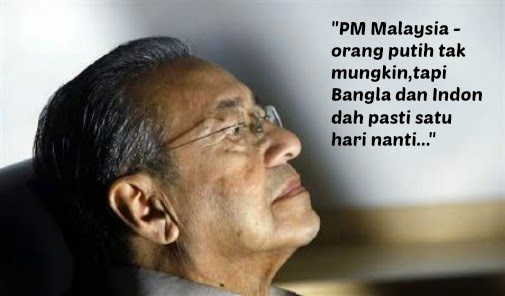 Former prime minister Dr Mahathir Mohamad continued with his sarcasm today over the government's move to appoint a German to head ailing Malaysia Airlines (MAS), suggesting that perhaps the prime minister too can be a white man (orang putih).

"I am worried. If we do not believe in ourselves, one day, when we need a prime minister, we can get a white man because he is 'smarter' than us.

"If people want to get angry, so be it, that's my opinion," Mahathir told journalists at a press conference in Putrajaya this morning.

However, Mahathir clarified today that he did not mean by his remarks that Malaysians were less intelligent.

Instead, he said, Putrajaya's move to appoint to a foreigner to head the top job in MAS made Malaysians look stupid.

Yesterday, DAP secretary-general Lim Guan Eng rebutted Mahathir, saying that it was the BN government, not Malaysians, that was "stupid" and this has led to the ailing fortunes of MAS.

Responding to this, Mahathir said the government must not think that Malaysians are not talented.

"If we do not believe in our own abilities, then don't become government," he said.

Separately, PAS information chief Mahfuz Omar questioned if Mueller's appointment means that a foreigner will be appointed to helm the Finance Ministry since Prime Minister Najib Abdul Razak has failed in this role.

The Pokok Sena MP said the appointment proved that the BN government had failed in realising the "Malaysia Boleh" slogan.

"Malaysia boleh can be changed to 'Malaysia bodoh' just like (former premier) Dr Mahathir Mohamad’s cynical comment that Malaysians are stupid and not fit to helm MAS," he added in a statement.

He also said it was strange how those who were involved in MAS' problem now were given the responsibility to recover the ailing company, citing Idris Jala and Azman Mokhtar

"By right, foreigners who are more capable should replace them," said the PAS information chief.

"Does this mean the government is considering giving the Finance Ministry portfolio to a foreigner who will be able to improve the country's economy as the prime miniser has failed to do so?" he asked.- mk 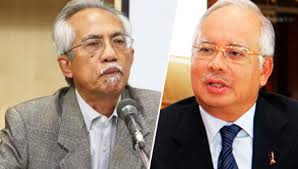 As  we all know, the Prime Minister, Mohd Najib Abdul Razak had send legal notices to Pakatan Rakyat’s Members of Parliament Tony Pua Kiam Wee of the DAP and Rafizi Ramli of the PKR.

I had not wanted to comment on his action simply because I find politicians suing each other as infantile. But when the former PM, Tun Dr Mahathir Mohammad, commented that he never had to resort to legal action against his critics when he was in power for 22 years, I am compelled to put things in perspective.

Dr Mahathir said he would simply answer to the people whenever an issue arose. Damn him or praise him, he is in his own class. It is simply inappropriate to compare Mohd Najib to Dr Mahathir. 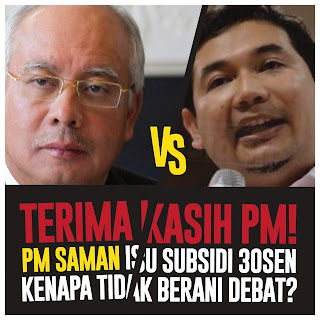 I believe that politicians, especially the elected ones should use the Parliament and State Legislative Assemblies to sort things out and to convince the people. They should debate and banter with the people as judges.

As elected representatives they make laws. They are their custodians. The courts merely interpret the laws they made. By resorting to the courts, the politicians are admitting that they can no longer defend themselves politically. They admit that they have lost the debate and can no longer rely on their wits and wisdom to survive.

Furthermore, in our country threats of legal actions are an effective way of shutting up opponents when nothing else works. Many such actions were abandoned or settled out of court when the threats are over. 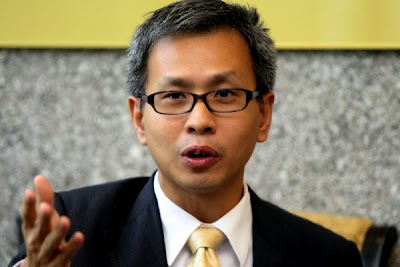 On Nov 24, Mohd Najib issued a letter of demand in which he accused Pua of making defamatory remarks against him on November 3 in relations to the 1Malaysia Development Bhd (1MDB). The PM alleged that Pua had caused him “tremendous stress and embarrassment.”

Mohd Najib demanded that Petaling Jaya Utara MP publishes a retraction and apologise within 14 days in two national newspapers or face legal action for his speech recorded in a November 3 video entitled “Tony Pua: Najib is creating the biggest scandal ever in the history of Malaysia” in reference to 1MDB.

Then in early December Mohd Najib sent a similar letter through the same legal firm to Parti Keadilan Rakyat’s vice president and MP for Pandan, Rafizi Ramli, accusing him of making defamatory remarks on the removal of fuel subsidies.

Rafizi in a statement on Dec 4 said he received the letter from law firm Hafarizam Wan & Aisha Mubarak demanding an explanation for his speech “Kenapa Kita Pertahan Subsidi Minyak” (Why We Defend the Fuel Subsidy) on Nov 22.

Both 1MDB and the abolition of petroleum subsidy are hot potatoes for the PM. 1MDB recently reported a loss of RM665.4 million for the year ending March 31, 2014. It has assets worth RM51.4 billion and liabilities (mostly debts) of RM48.9 billion. The total abolition of petroleum subsidy was to take advantage of the lower crude oil prices and also to dress up the book so that the target of reducing budget deficit this year to 3.5% of the GDP could be achieved.

When you are a young and upcoming politician like Rafizi, being threatened with a sued by the PM gives you bragging right.

“I am proud to be sued by a prime minister, for defending the rights of the public to receive fuel subsidy of at least 30 sen per litre,” Rafizi said in a statement.

“[This is] amid the situation where the country’s leaders spend public funds nonchalantly in projects that burden the people such as 1MDB,” he added.

Like Mohd Najib, Rafizi too was educated in the UK. He graduated from the University of Leeds in Electrical and Electronic Engineering, passed the Institute of Chartered Accountants in England & Wales (ICAEW) examination and was admitted into the Malaysian Institute of Accountants (MIA) in 2003 and served Petronas from 2003 to 2009.

Like Mohd Najib and Rafizi, Phua too studied in the UK. He graduated from Keble College, Oxford University with a degree in Philosophy, Politics and Economics and served as a consultant at Andersen Consulting for two years and as business development manager with Aqua Works and Engineering Sdn Bhd. Altogether he has more than six years of experience in the information technology and e-business consulting industry.

I would like to think that Rafizi and Chua are more of a match to the “shooting star” of Umno and the government, Khairy Jamaluddin, than the PM. For background and reflection about KJ, read here.

Mohd Najib should be picking up fights with people of his age and stature. While Rafizi is 34 and Phua is 42, he is 61.

Him taking legal action against Phua and Rafizi reminded me of Anwar Ibrahim making a police report over the Ummi Hafilda letter back in 1997. The letter was considered a “surat layang” and a “fitnah” until Anwar, on the advice of his lawyers, made a police report. Overnight what was considered by many, including Dr Mahathir, as a “fitnah” became a legal document that eventually resulted in Anwar’s downfall.

Similarly, Mohd Najib’s legal action against Phua and Rafizi could turn out to be a double-edge sword.

And maybe too that Mohd Najib is giving his own twist to Charles de Gaulle’s oft-quoted saying “I have come to the conclusion that politics are too serious a matter to be left to the politicians.”

So he is taking his spat with the young PR leaders away from the political sphere and into the legal arena. He is joining the crowd of desperate Malaysian politicians who are using the law to muzzle their adversaries and, along the way, make some pocket money.

Mohd Najib had also sued the portal Malaysiakini over readers' comments it published. 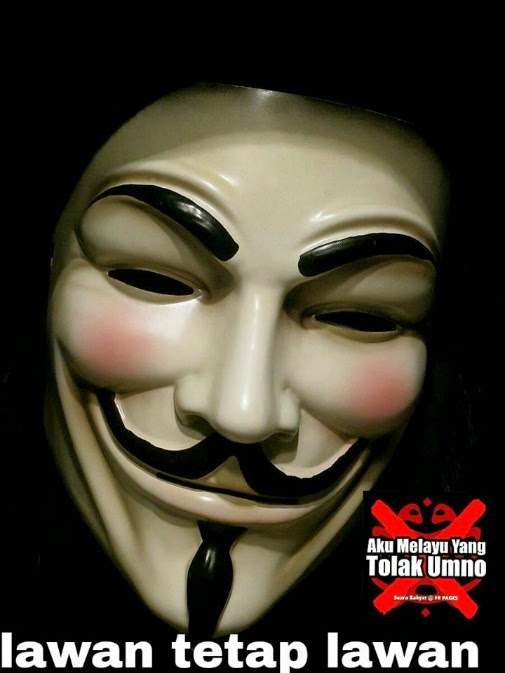