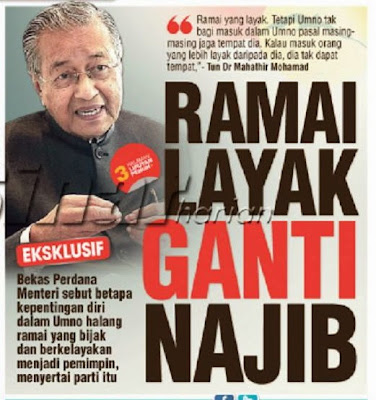 Time for Mahathir to name his choice for PM...

In one of his recent postings on shahbudindotcom.blogspot.com, the blogger stated it was high time for former PM Tun Dr Mahathir Mohamad to come clean as to whom he really supports as Malaysia’s prime minister.

In the article titled “Sudah sampai masa Dr Mahathir berterus-terang calon PM pilihannya” (It’s time for Dr Mahathir to name his choice for the post of PM), Shahbudin said it appears as though the fourth prime minister wanted the present premier as well as Umno president Datuk Seri Najib Razak to be removed.

In an interview which was recently published in Malay daily Sinar Harian (Dec 8), Mahathir said there were other qualified candidates who could replace Najib, if Umno allowed their president to be challenged.

Nevertheless, the present batch of senior Umno leaders have been preventing young Malays from joining the party in a bid to safeguard their dominance.

Mahathir also took a swipe at the government’s decision to appoint Christoph R Mueller as the new Malaysia Airlines CEO as it was tantamount to an admission the Malays were “stupid”.

“I fear that due to our distrust in ourselves, one day we will appoint a white man to become PM as they are more brilliant than us,” he said.

Shahbudin believed Mahathir was criticising Najib, possibly in an attempt to convince Umno members to oust the latter as party president.

Previously, during Tun Abdullah Ahmad Badawi’s five-year tenure as Umno president, Mahathir was his loudest critic and the latter's efforts paid off when Umno decided to replace the Kepala Batas leader with Najib in 2009 following Barisan Nasional’s inability to win its customary two-thirds majority in parliament.

Shahbudin opined that Mahathir seems bent on doing the same thing to Najib today though the question remains who his preferred candidate to helm Umno is.

If the Kedah-born Umno veteran fails to name his choice, attempts to undermine Najib in the eyes of his own party men will definitely come to naught.

Hence, Shahbudin argued that Pakatan Rakyat has a better chance to woo voters in the next general election if their sole candidate for the post of prime minister is still Anwar Ibrahim.

“Mahathir will definitely try to avoid that from happening, but if he hates both Najib and Anwar, then who does he want to lead the country?” asked Shahbudin.

Will Mahathir lend his support to Umno deputy president, or either one of the three vice presidents?

Or will he support Kedah Menteri Besar Datuk Seri Mukhriz Mahathir or maybe Youth and Sports Minister Khairy Jamaluddin, who are both younger in age compared to the present batch of party leaders?

Is it possible that Mahathir is secretly supporting Anwar whom he had groomed since the early eighties until they fell out in 1998?

Perhaps Mahathir doesn’t fancy anyone for the post, for the seasoned politician might think the one person who could shape the nation had announced his retirement in 2003, some 17 years before Malaysia’s grand vision could be fulfilled.- theantdaily

From left Yeow, Dania and Suresh


Regardless of race and religion,we are all human,we are Malaysians...

With all the news of kidnappings, killings and chaos, stories of everyday individuals going out of their way to help others certainly warms the heart.

In this season of giving, individuals Chua Chee Heng, Suresh Menu and Yeow gave their time and effort to help Dania Qaisara who was stranded in the middle of the road with a sick daughter in her car.

According to a Facebook post by Chua, he and Yeow were on their way to Johor Baru at about 1am on Friday, Dec 19, when they saw a man standing in the middle of the road, directing cars to the fast lane.

“Just as I noticed a car and motorcycle parked in the side of the road, I saw the man signalling me to stop my car.

“I was skeptical as it was past midnight, but I noticed a lady standing at the side of the road as well, so Yeow and I decided to stop,” he said.

Chua said he and Yeow eventually found out that the car belonged to the lady (Dania) and had broken down while going uphill.

“What is worse is that her young daughter who was ill was with her in the car.

“My friend then started diverting traffic with the flashlight from his handphone, while Suresh and I tried to jumpstart the car with my car battery. It worked but the engine died soon after.

“Despite many attempts and even switching our car batteries, nothing worked and so I suggested to send Dania and the daughter home first and for them to come back the next day with a mechanic to sort out the car,” he said.

He added that Dania was concerned that others might miss the stationary car and crash into it as it was parked at a rather sharp turn.

“At this point we have given up on towing services, as our numerous attempts to reach them for assistance was returned with ‘Tak tahu jalan apa la’ (we are not sure of the road)

“Another attempt of jumpstarting the car worked but failed after she switched on the car lights and so we decided to take a chance and have her drive her car without lights while we trailed behind,” he said.

Chua said everything went as planned until they reached a point where they needed to go downhill, when the engine died.

“Since it was a downhill journey though, the car continued moving for quite a distance, but eventually started slowing down.

“This was the point when our hero, Suresh who was on his bike swooped in and pushed the car to move further and miraculously it did.

“Every time it slowed down, he would swoop in and push it and we managed to reach her house and park the car safely,” Chua said, adding that the entire episode took an hour.

Chua expressed his gratitude to Suresh who willingly aided Dania and acknowledged the fact that it was no easy task pushing a car while riding a bike.

“Regardless of race and religion, we are all human after all, and thus we must help one another. This incident truly has reflected on what it means to be a proud Malaysian,” he added.

Netizens have commended Chua, Suresh and Yeow, with many speaking of how it touched their hearts.

Chai Yi Heng wrote: “This is how a peaceful country should be, not worrying about possible crime and helping others. Bravo!” while Gan CG wrote: “Great people! You have rekindled my faith that there are still kind people who put their lives at peril even to help strangers.” - f/bk 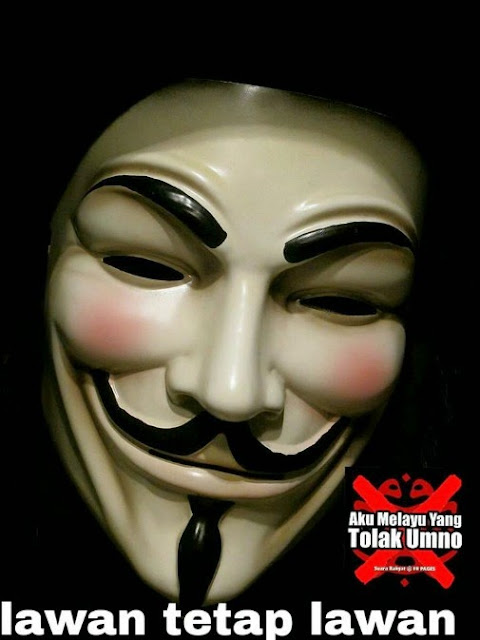