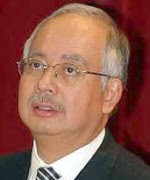 DPM Najib Razak today defended the government's crackdown on dissent, including the arrest of ethnic Indian activists and suppression of street protests, saying it had averted a serious risk of racial violence. He said,"If the Malays of Kampung Baru come out then we have the spectre of a serious possibility of a racial clash in this country," Najib said in an interview with AFP. The Malay enclave was one of the flashpoints of the 1969 riots. "There were signs that they were preparing to come out so we had to tell them, 'look, don't make the situation any worse'," he said. "The government was actually taking action to prevent anything worse from happening." - AFP.

I received this piece in my mail yesterday, just to share with you guys. Decide for yourself whether Najib is telling the truth.

I refer to the Malaysiakini report Najib: Crackdown on dissent averted racial clash. I thought this reason given by the deputy prime minister for the arrest of the Hindraf leaders was indeed frivolous for a man of his stature. If not for the arrests, he said: '... then we have the spectre of a serious possibility of a racial clash in this country'. What bunkum. It is totally irresponsible for the deputy prime minister of the country to issue such provocative statements of a racial nature Political leaders who continue to influence this kind of racial politics that contribute to the perennial racial divide in this country ought to be ashamed of themselves. It is people like him who utter such irresponsible comments that contribute to the respective communities continuing to sneer and scorn at each other. There ought to be a period to undertake the process of healing and there is no need to render such comments of this type. Reprehensible rhetoric coming from the second-most powerful politician in this country is totally unnecessary Let us be sensible. Let us argue and debate national issues in a honest and rational manner. There is no need to be emotional in our arguments. We have just celebrated 50 years of independence and throughout all these years, until recently, we have enjoyed harmonious interracial interaction. It does bode well for the country for such statements to spew from the mouth of no less the deputy prime minister. I don't think this deputy prime minister was aware that during the Hindraf peaceful rally, when the police fired their tear gas and water cannons, many of the Indian marchers near the KLCC had to run to nearby Kampung Baru for cover. And guess who gave the marchers refuge? None other than some of the Malay residents of Kampong Baru. - Baba from Bangsar 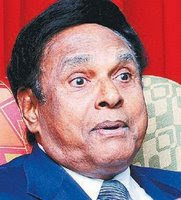 Btw. yesterday, our mass-media and national TV featured Samy Vellu who proudly announced that the attendance of Thaipusam at Batu Caves was overwhelming and he said the SMS boycott call was a failure.

Samy Vellu said the people who sent such SMSes are "dirty fellows". "A clean man with a good brain and head will never send such an SMS ... the only thing they know how to do is to accuse people".

But ayooo...Samy...these pictures speaks by itself. 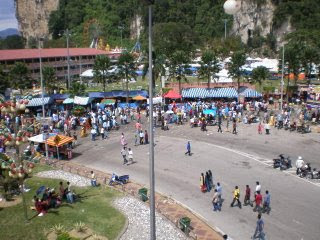 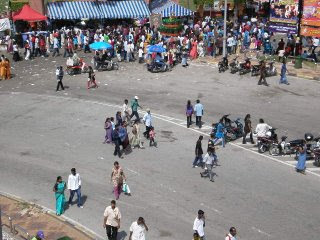 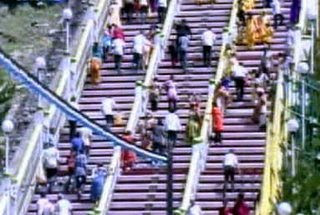 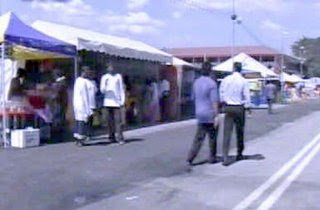 Anil Netto wrote in his blog that some 2,000 Hindu Malaysians, clad in the orange of Makkal Sakthi, are on the streets, chanting, “Hindraf! Hindraf! Long live Hindraf!” It’s confirmed: The boycott of Batu Caves for the Thaipusam festival has been a success. Tens - perhaps hundreds - of thousands of Hindu Malaysian devotees have boycotted Batu Caves - which experienced at least a 30 per cent drop in attendance. They have instead turned to temples elsewhere for the annual Thaipusam festival. Read here.

From the Chronicles blog you can download 2 great masterpieces for your listening pleasure,Lingam Park should be an interesting one,after the RCI rendezvous,where Lingam is making Haidar & the commission's panelists look stupid....here.