They went there only to protest against rising prices,but harassed like wanted criminals...

56 people, including several opposition and NGO leaders, were arrested for attending a rally to protest against rising prices of fuel and other essential items. City police chief Deputy Comm. Datuk Muhamad Sabtu Osman said police obtained an order from the magistrate's court to stop the rally by the Coalition Against Inflation (Protes). He said police dispersed the rally without using any force. 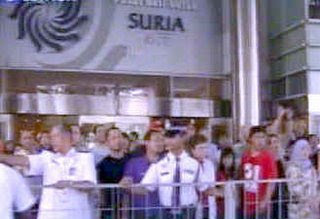 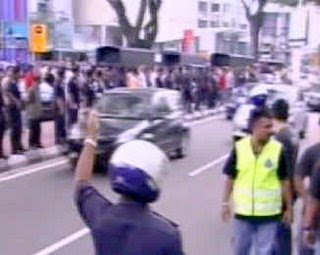 the police,FRU & mata gelap
Malaysiakini journalist Syed Jamal Zahid was detained for “asking too many questions”. According to Jamal, all he had asked was on what grounds were the police arresting people. Dr Hatta, Tian Chua and lawyer Jonson Chong were arrested while they were giving a press conference at a restaurant opposite the Australia High Commission in Jalan Yap Kwan Seng near KLCC. Dr Hatta told reporters that they would challenge the court order obtained by the police. 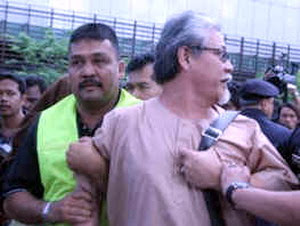 Dr.Mohd.Nasir Hashim
Their only tasks was to protest against rising prices,they didnt bring along any weapons of mass destruction or molotov cocktails or even a bamboo stick nor a pen knife to express their bitternesses against gomen's indiscriminate price hikes,but,instead were treated as wanted felons. However,the gomen send in their heavy artillery to subdue the protest. They were caught and bundled into waiting jeeps and trucks to be taken to the Dang Wangi police station for further interrogation. 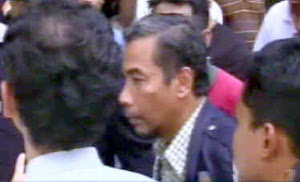 Dr.Hatta Ramli
Pat Lah, is this what you call democracy or democracy ala BN? You use the courts to curtail the rakyat's freedom of expression, you use the police and the FRU to threaten the rakyat of their right to assemble. Pat Lah do you realise that the kampung folks are paying RM 4.50 for 10 biji telur ayam,RM 3.50 for 1 kg. of flour,RM9.00 for 1 kg. of ikan kembong,RM 5.50 for 1 kg. of cooking oil, RM3.00 for 1 kg. bawang besar and etc..etc. Arent these control items? Where are your enforcement officers when the rakyat really needed them? Do you know that the rakyat are victimized indiscriminately,while you sleep all along? 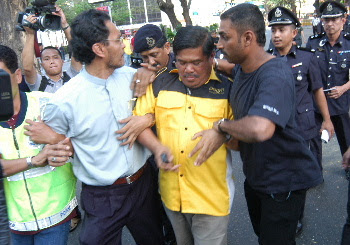 The only reason why they went to KLCC was to vent their anger against your failure to overcome the price increases and they never intended to overthrow your gomen. Come on Pat Lah at least wake up and listen to their problems. Dont use the courts, the police or para militia as a means of escapism, to run away from your obligations to serve the rakyat. 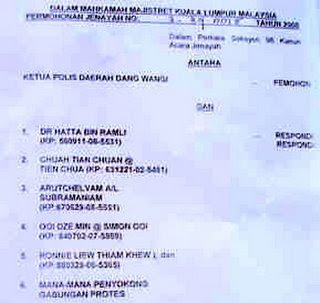