Be there not to support MIC but to boo at Samy Velu.... More than 15,000 MIC members and supporters will gather here to pledge their support to the Barisan Nasional and Prime Minister Datuk Seri Abdullah Ahmad Badawi, MIC president Datuk Seri S. Samy Vellu said. He said the gathering, to be held at the Cheras Badminton Stadium on Jan 20, would be the first in a series of gatherings throughout the country aimed at bolstering the party’s strength and support for the Barisan Nasional, ahead of the next general election. Samy Vellu said MIC members were united in thwarting attempts by certain quarters to stir up racial and religious issues for their own political agenda.- the Star,3 Jan.2008

The Indian community enjoyed a good leadership from the time of Sambanthan to Manickavasagam and they did a lot for the community. But many thing went awry while under Samy Velu. Though some Indians are generally doing well in Malaysia, but sadly, many are left behind in many areas of development.

In the Ijok by-election the Indian communities were surprised with the tremendous development brought in by the gomen not for the reason of bringing development to them(Indians) but simply just to buy their votes. Sure enough they(Indians) sacrificed their votes for some newly tarred roads,water and electricity and for a few dollars more in their pockets.It surprising to see that the gomen tried to implement a 10 years development program within a space of 10 days.

In fact they(Indians) should have enjoyed all these amenities long time ago not during a by-election? So you see,Samy Velu and gang are not really interested in bringing development to the Indian communities,but their presence there at election time was just to buy votes for BN. 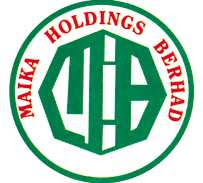 How about the Indian communities investment in Maika Holdings? Your parents invested their hard earned monies;some even borrowed;some pawned their jewellery so as to invest in Maika Holding.

20 years had past,yet its value is still lingering at RM 1.00 or even less. What about dividends and bonuses,have they heard anything from Maika? In other words,your parents' monies were swindlled by this investment masterminds in MIC and for that matter made Samy Vellu & son damn rich matching that of Zakaria Deros or other rich UMNO goons. Read here.

Its time for the Indian communities to wake-up. I urge all my Indian friends to be there on the 20th Jan 2008 not as a gesture of support for MIC but to boo at Samy Vellu till his toupee get blown away.....

U are right...we will go and wag that old dirty dog call Samy Vel!!!

Probably u got the wrong info. about my boss Samy Vellu. After all Samy Vellu is very helpful person. You see,many Indian students who are in the U today,got in with help from MIC and Samy Vellu must be credited for this.