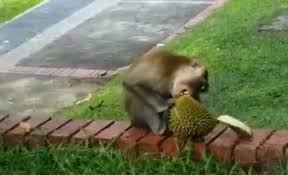 Pay durians and you’ll still get monkeys...
Durians, like government MPs, are high in demand and low in supply. Because of the 60 percent drop in production yield, durian prices have gone up. The Malaysian favourite, Musang King, is now selling for up to RM96 per kilogramme. But MPs are more expensive; they are allegedly valued at RM30 million - 312,500 times more than a Musang King.
A few opposition MPs have lodged police reports after receiving WhatsApp messages from an anonymous messenger, asking if the recipient was willing to fill up the recently vacated ministerial positions. The alleged offer was the position, plus “Durian RM30”, guesstimated to mean RM30 million in cash, given the context.
Regardless of the veracity, validity, or sincerity of the offer, it is worth exploring the idea of whether using positions and money actually guarantee quality and loyalty - two of the primary concerns for any government.
My argument is that it does not. Instead, enticement of money and positions of this nature actually worsen quality and loyalty; making incoming ministers more likely to be incompetent and disloyal.
Why does money produce bad quality?
First, money does not equate to satisfaction. Having an open call, without interviews or assessment, and immediate payment meant that the level of competition for these positions is low. Low competition is created because no one wants these positions, and no one wants them because there are other downsides that are more important than money.
For instance, very few MPs would want to be part of a government that has been struggling to curb the Covid-19 virus, with declining popularity and a high attrition rate close to the point of collapse. MPs know they would not be satisfied at work if they drown in the barrage of criticisms on a sinking ship.
A meta-analysis study showed that how much you pay does not correlate with the job satisfaction a person would get. This same pattern applies across all cultures and group comparisons.
Instead, the kind of MPs who are most likely to say yes to such offers are themselves incompetent and uninfluential in the first place. They are not doing it to serve the country; they are doing it simply for the money you offer to them.
Over time, a culture of incompetence would be created as more and more subpar, low-tier MPs take up these offers. Incompetence necessitates enticement; enticement attracts incompetence; incompetence creates unpopularity and exodus; exodus necessitates enticement; enticement attracts incompetence. Incompetence begets incompetence. This is the vicious cycle. 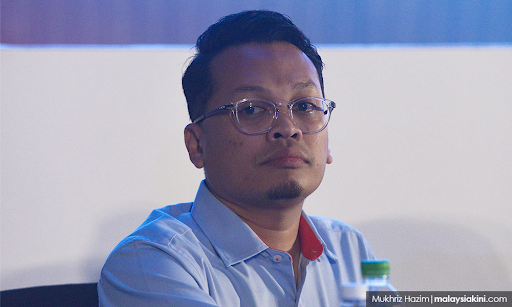 Too much money is a bad thing
Second, money does not make a difference when it is too much. Setiawangsa MP Nik Nazmi Nik Ahmad (above) said the most recent “Durian RM30” offer was an upgrade from a previous offer of “RM24 or RM26 million for six MPs”. There is a fundamental error in assuming that an increase in the offer amount would make a difference.
In the famous study by Nobel Prize-winner Daniel Kahneman and colleague Angus Deaton, they claim that money received above a certain level no longer increases the well-being or happiness that the recipient would feel. In other words, it does not make a difference to whether an MP would switch camps if the offer was increased from RM24 million to RM30 million.
Instead, what will happen is that money will actually diminish any MP’s intrinsic motivation of wanting to do well in the ministerial role. Research has shown that when a person at work is focused on extrinsic motivation like money and status, they are three times less likely to like or remain engaged at the job.
This means that money has the possibility of “crowding out” any intrinsic motivation of wanting to serve the country and do the best to their capability.
The best predictor of whether an MP will do well in his/her role as a minister is by looking at their intrinsic motivation (patriotism, compassion, sense of responsibility, improving skills) rather than the extrinsic factors like financial rewards.
Loyalty could be bought, couldn’t it?
Lastly, money does not guarantee loyalty. Gallup engagement research has found that how much you pay someone has no correlation to how engaged they are at their jobs. That means it is perfectly possible that an MP receives the money, defects and assumes the position, shows utter disinterest in his/her role - and still decides to defect again.
In fact, two characteristics make this highly likely: One, a disloyal MP sets a precedent for him/herself that they are comfortable to defect; two, politicians’ tendency of disagreeableness, egoism, overconfidence and narcissism make it highly likely that applied disloyalty would repeat.
That is why "Durian RM30" may not guarantee quality and loyalty when these are most needed. You could pay durians, and still get monkeys. - James Chai 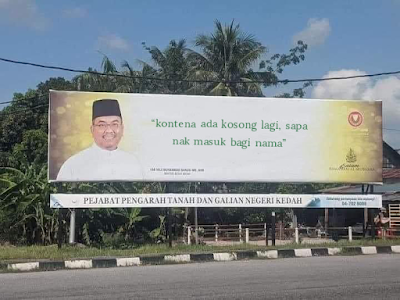 Does Kedah MB think
the rakyat are enemy?...
On August 6, Kedah Menteri Besar (MB) Muhammad Sanusi Mohd Nor joked that people could reserve a place in the steel containers used as temporary morgues in Sungai Petani. Malaysians reacted with outrage and posted comments on social media. Several arrests were made.
We may think that the authorities are angry with the rakyat for insulting their leaders. The truth is more sinister. They want to discourage the rakyat from censuring their leaders. They do this by harassing, arresting, questioning, and making the critics' lives a living hell.
Sanusi's crass reply was in response to a reporter's question about hospitals in the area being overwhelmed with coronavirus cases and mounting deaths. The reporter wanted to know if mortuaries were coping. The MB may have thought his reply was funny, but it was not. It was rude, crude and highly unbecoming of a leader. At least one other person was heard laughing in the video clip of the press conference. What sort of example is Sanusi setting? The leader of Kedah lacks leadership. He was insensitive and vacuous. He is supposedly a man of religion, but failed to show any compassion towards the thousands of people who have lost their loved ones during this pandemic.
Several young children have been orphaned. Many others have lost their mothers, or the breadwinners. Like a pachyderm, Sanusi appears to be immunized against the feelings of the hundreds of thousands of Malaysians whose family members have been infected, or whose lives have been disrupted by the disease. He should have shown empathy for the victims' family members and tried to comfort them instead of making jokes about them.
The other shocking feature of this sorry episode was that Sanusi's special officer lodged a police report against a 61-year-old man who had made a 9-minute video clip which he uploaded on Facebook, criticizing Sanusi's lack of sensitivity. 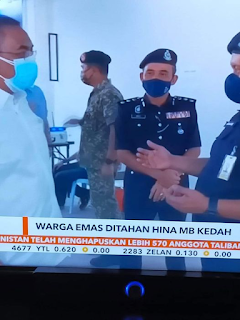 The police traced the man to Negeri Sembilan hundreds of miles from Kedah, raided his home at 3.57 am and seized his mobile phone. He was taken to Sungai Petani, questioned, remanded and later released on police bail. Two more people were arrested in Alor Setar for mocking Sanusi. A fourth person, from Taiping, was arrested on the night of August 9 and also taken to Sungai Petani for questioning.
Are these arrests necessary? The men were furious with Sanusi. Could the police not exercise their judgment and refuse to be Sanusi's lapdogs? The waste of police resources could have been better spent on apprehending real criminals instead of sucking up to the MB.
The PDRM appears to drag its feet when tracing people who allegedly tried to entice opposition MPs to jump from Pakatan to join Mahiaddin Yassin's Perikatan Nasional (PN) coalition. However, it can act with the speed tracing Sanusi's critics. 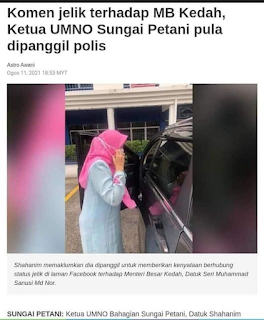 Malaysia is not yet a police state but is fast becoming one, when citizens who are given freedom of speech in the Constitution are arrested for criticizing their leaders. Criticism does not appear to be a two-way flow in Malaysia. Leaders can insult and belittle the rakyat with impunity, especially when they attack communities from non-Muslim and non-Malay backgrounds.
The more the authorities arrest citizens for making comments that the leaders deem offensive, the more the rakyat will turn against them. Sanusi claimed that his joke was taken out of context? How? If he can insult the rakyat, then why can't the rakyat respond to his crassness?
Both the police, Sanusi's aide and Sanusi himself appear to have abused their authority. The Kuala Muda police chief has sullied his badge by allowing himself to be used to protect the "maruah" of the MB.The MB claimed that his joke was intended for the group of reporters at the press conference, and was not meant for public consumption.
Sanusi must think he's half MB and halfwit. Does he think it is acceptable to insult the reporters? He said, "I was joking with the journalists who are part of my family, but the joke was taken to be directed to everyone and made viral." Is he daft or naïve or both? A good reporter writes without fear or favor and writes what he hears or sees. In June, a woman who had spotted the MB test driving a car, uploaded a film of his failure to observe the coronavirus SOP guidelines. Sanusi had failed to adhere to the strict rules of lockdown and had been caught red-handed.
Thugs and cybertroopers who support the MB then targeted the woman and her family members, issuing various threats. Photos of her family members and her husband's business profile were made public. Why was no stern action taken against these thugs?
If the MB had exercised more self-discipline during the lockdown, and behaved with civility at other times, the rakyat would not have reacted to his aggression and arrogance. He only apologized for his morgue joke after the rakyat reacted with outrage. Otherwise, he would have thought nothing of it. His apology is insincere. - Mariam Mokhtar 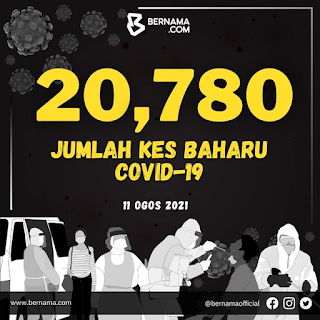