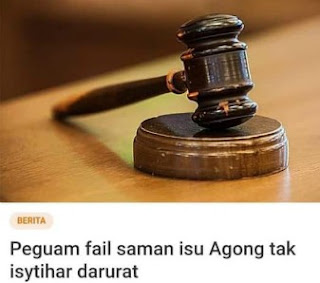 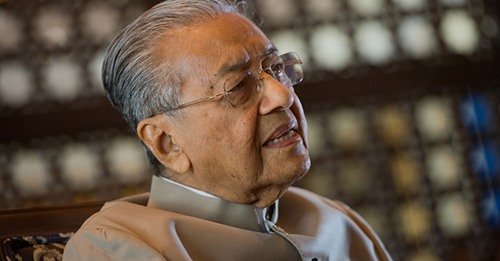 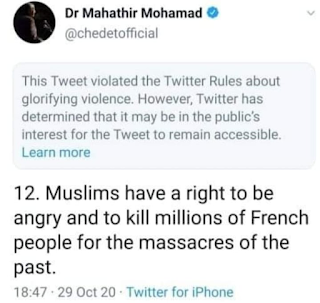 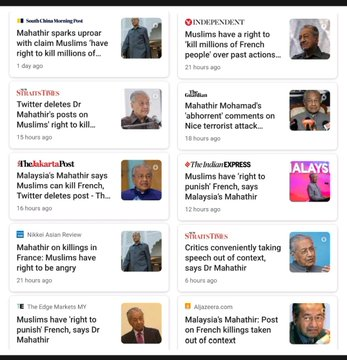 Dr.M says muslims have right to
'Kill millions of French people'...
Former Malaysian leader Mahathir Mohamad launched into a shocking late-night Twitter tirade on Thursday when he said Muslims had the right "to kill millions of French people" as the publications of cartoons depicting the Prophet Muhammad has led to deadly violence in France and protests across the Islamic world. Read his blog posting MISREPRESENTED CONTEXT .
His words came the same day that a knife-wielding attacker killed three people at a church in the seaside French city of Nice, beheading one of the victims. The killings followed the murder of a school teacher on Oct. 16 in a northern Paris suburb, who was beheaded after showing cartoons published in the satirical Charlie Hebdo magazine to students in his class in a lecture on freedom of expression. Protests erupted and boycotts against French goods were announced in several Muslim countries.
In a Twitter thread titled "RESPECT OTHERS", the outspoken, 95-year-old statesman poured fuel on the fiery debate. "While I believe in the freedom of expression, I do not think it includes insulting other people," Mahathir said. "In Malaysia, where there are people of many different races and religions, we have avoided serious conflicts between races because we are conscious of the need to be sensitive to the sensitivities of others." 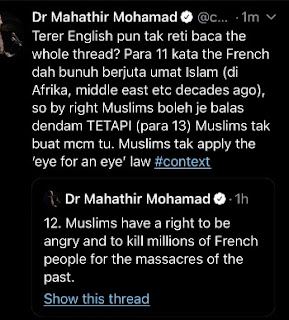 Mahathir then went on to criticize French President Emmanuel Macron's handling of the controversy. "Macron is not showing that he is civilised. He is very primitive in blaming the religion of Islam and Muslims for the killing of the insulting school teacher. It is not in keeping with the teachings of Islam," Mahathir said, before launching into the most outrageous remark of all: "Muslims have a right to be angry and to kill millions of French people for the massacres of the past. The French in the course of their history have killed millions of people. Many were Muslims."
But while he did not approve of the killings, he said that the Muslims "had the right to punish the French".
"By and large the Muslims have not applied the "eye for an eye" law. Muslims don't. The French shouldn't. Instead the French should teach their people to respect other people's feelings," Mahathir said. 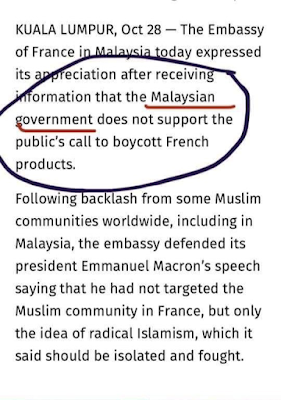 Lebai Hadi kata perlunya boikot barang Perancis.
Tapi gomen pintu belakang yang lebai anggotai itu kata NO!!!...
Twitter initially declined to remove the offending tweets but did so hours later following a furious reaction from the French government, who called for Mahathir's account to be suspended. Twitter later told the AFP news agency that it was because the comments "violated official policy regarding glorification of violence."
Responding to the outcry, he claimed his words were taken out of context and that he was "disgusted with attempts to misrepresent" them.
Mahathir served as prime minister of Muslim-majority Malaysia twice, from 1981 to 2003 and again from 2018 to 2020. He has a long history of making inflammatory, bigoted and anti-Semitic remarks. In a book published in 1970 titled "The Malay Dilemma," he addressed the problem of racial harmony in Malaysia, arguing in favor of Malay Muslims and saying that they were the rightful owners of Malaya and their population had been marginalized. - Heather Chen,Vice 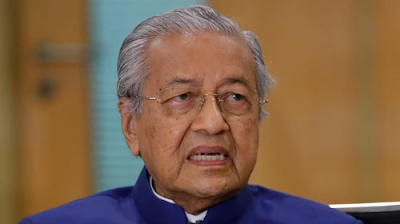 Row with France - why is Dr.M
so full of hate?...
What will many of our elite Malaysians do in the wake of the call to boycott French products because of the warning against radical Muslims by French President Emmanuel Macron?
Will a former self-styled "First Lady of Malaysia" (Flom) ditch her prized collection of multi million-ringgit Hermès Birkin bags? Will our 'tai-tais' (ladies who lunch) stop using French perfumes and cosmetics?
When travel restrictions are lifted and the jet set can indulge in a bit of retail therapy in the shopping capitals of the world, will they refuse to travel if the aeroplane is an Airbus A380? Will some Malays stop their debauched partying on the Riviera?
If the French successfully develop a vaccine for Covid-19, will the Muslims reject the treatment?
Religious extremists only want to spread hatred, and violence is a means to an end, but who would have thought that former PM, Dr Mahathir Mohamad, a nonagenarian, and a family man, would actually tweet words that encourage more violence?
Yesterday, Mahathir's tweet which said, "Muslims have a right to be angry and to kill millions of French people for the massacres of the past," was initially flagged by Twitter for "glorifying violence", but was finally deleted. Mahathir has supported calls to boycott French products and has called Macron "primitive".
Some Malaysians view Mahathir as a statesman, but he is no statesman. He is only another ego-centric politician, whose dreams of becoming a prime-minister-for-life have come to nought. He only thinks about the next election, but not about creating a Malaysia that is united and rejects extremism in all forms.
Muslims who resort to violent tactics do not know their religion. If they did, they would have known Surah Al-Qasas, 28:551 which says: "And when they hear ill speech, they turn away from it and say, ‘For us are our deeds, and for you are your deeds. Peace will be upon you; we seek not the ignorant.’"
Drawings or writings which are controversial do not give others the right to murder. Killing in the name of any God is wrong.
The people who think that Muslims who use religion as an excuse to kill because of a cartoon or piece of writing, should realise that today, it is a teacher, a church official, or a church-goer. How long before these deranged people attack other Muslims who may be too liberal for their liking, such as LGBTs or those who do not dress conservatively?
Isn't it strange that many Muslims flee their oppressive homelands, risk rough seas, cut-throat human traffickers and travel thousands of miles to reach Christian shores? Once they are given asylum in western countries like France, a number then try to impose their conservative values on a nation which encourages secularism, equality, freedom of expression and tolerates people of other faiths. Why did they even bother to leave their homeland? 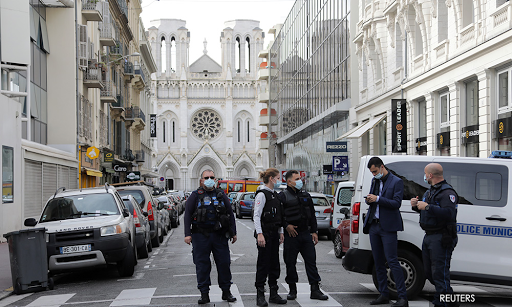 Mahathir's supporters glorify him for his developments, like the Twin Towers or that a capital city was created in a former marshland and oil palm estate. The skyscrapers and manufacturing industries are monuments to Mahathir's desire to make Malaysia a developed nation. Sadly, he did not nurture our human capital.
The Malays and Muslims eye the non-Malays and non-Muslims with suspicion. We appear to have lost our humanity and our social and moral values. Instead, we chase money and material goods.
Mahathir cannot get along with his deputies, has great difficulty in grooming a successor, and tries his best to mould Malaysia into his vision of a nation. He has failed in all of these, and his Vision 2020 lies dead in the gutter. He can't give a talk at universities, like Oxford or Cambridge, without causing controversy with his racist remarks.
His pet project, Proton, has been taken over by the People's Republic of China (PRC). For decades we told him, and his successors, to stop the political meddling in Malaysia Airlines (MAS). Ironically, the Covid pandemic finally grounded MAS, where we had failed. 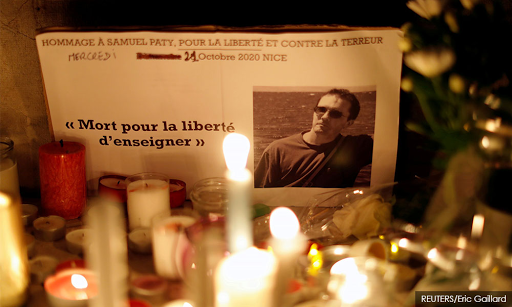 Malaysia is a nation in crisis, mainly because of the division started and perpetuated by Mahathir. Successive leaders are no better. They merely perfected his methods and did nothing to unite the nation. Their oft-repeated mantra was that only their party, be it Umno Baru or PAS, can "unite the Malays, and defend Islam." Some of us wrongly believed that Mahathir would right his wrongs after GE14.
Mahathir's contentious tweet, which he made yesterday, was preceded by another which said: "Irrespective of the religion professed, angry people kill. The French in the course of their history has killed millions of people. Many were Muslims."
So, to which period in history is Mahathir referring? Is he urging the modern world to take revenge for what happened centuries ago?
Why does Mahathir want to pick a fight with others? Surely it is time for his children to tell him to retire gracefully, or risk more harm to his already disgraced legacy. - Mariam Mokhtar.mk 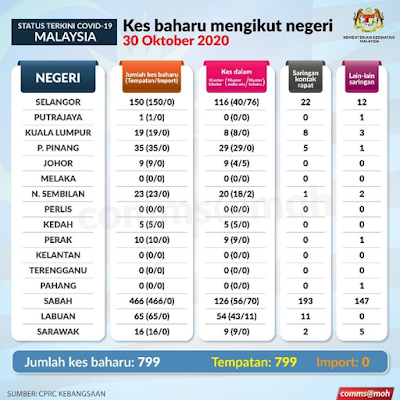 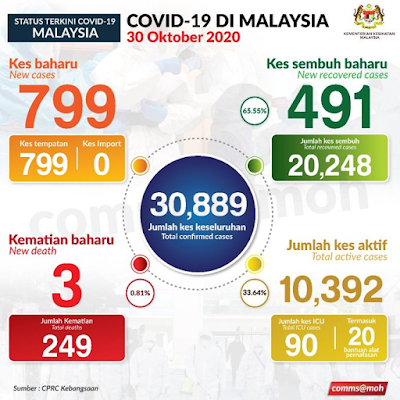