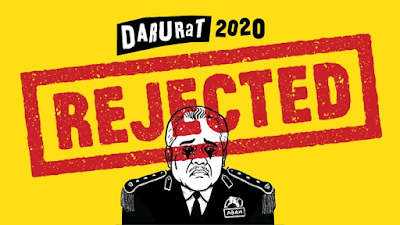 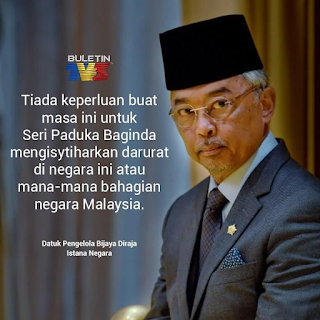 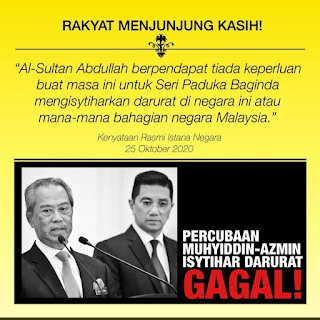 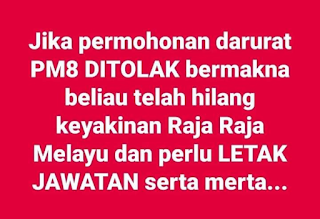 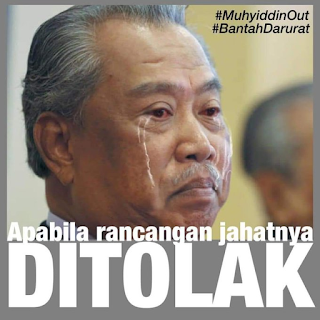 Muhyiddin wants to resign, say sources...
Tan Sri Muhyiddin Yassin is contemplating stepping down as prime minister after failing to convince the Yang di-Pertuan Agong to put the country under emergency rule. Since the royal snub this evening, ministers and Bersatu leaders were seen arriving in droves at Muhyiddin’s house in Bukit Damansara here.
Ministers, as well as MPs, some of whom were teary-eyed, gathered at the prime minister’s residence to convince him not to resign. Leading the group are International Trade and Industry Minister Datuk Seri Mohamed Azmin Ali and Home Minister Datuk Seri Hamzah Zainudin.
“It seems that the defeat might have taken a toll on Muhyiddin, and some are saying that he wants to do the right thing and resign, but is asked to stay on by Azmin and others,” said one.
Muhyiddin on Friday presented to the Agong a proposal to put the country under emergency law. But in a dramatic turn of events, the king today rejected Muhyiddin’s ambition, and instead, told the country’s politicians to stop politicking and focus on combating Covid-19 and reviving the economy.
A senior Bersatu member told The Vibes that some of them were summoned to Muhyiddin’s house. Another member said it was inevitable that Muhyiddin would want to resign, having been defeated in his attempt to call for a state of emergency.
“There is also the question as to whether he has the numbers to support him in Parliament. This, compounded by the decision of the Agong, makes him feel unable to carry out his duties as prime minister.”
Leaders’ cars were seen leaving Muhyiddin’s house around 11.20pm. In a brief statement tonight, Muhyiddin said he respects the Agong’s decision not to declare an emergency.
“The cabinet will discuss His Majesty’s decree further. The main concern of the cabinet and government is to shield the rakyat from the Covid-19 pandemic.
“I appreciate His Majesty’s trust in my government and accept his advice to ensure this government remains stable.” – The Vibes 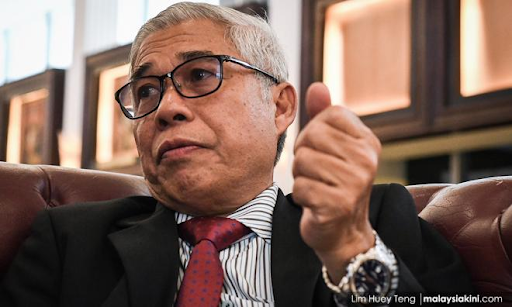 Meanwhile,several opposition MPs have hailed Yang di-Pertuan Agong Sultan Abdullah Sultan Ahmad Shah's decision not to accede to Prime Minister Muhyiddin Yassin's request to declare a state of emergency.The move has also found some praise from parties within Muhyiddin's own government. PKR's Pasir Gudang MP Hassan Abdul Karim(above) that by convention, the king has to act on the advice of the prime minister.
"However, the Yang di-Pertuan Agong courageously rejected the prime minister's request for an emergency as the ruler understands that in Article 150 of the Federal Constitution, the prerogative to declare an emergency lies with the Agong.
"After consulting with the Malay rulers, he found that the conditions required to declare an emergency was not fulfilled. In other words, he was not satisfied.
"Based on the tradition and practice of parliamentary democracy and a constitutional monarchy, I am of the view that that the Agong's rejection is a slap in the prime minister and Perikatan Nasional government's face.
"The honourable thing to do now is for Muhyiddin to resign as prime minister," he said in a statement today. 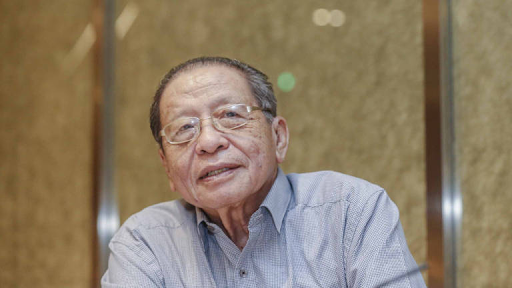 DAP's Iskandar Puteri MP Lim Kit Siang thanked the king for his decision. 'The system of constitutional monarchy has proven that it is an important bulwark of parliamentary democracy in Malaysia," he said.
Lim said all Malaysians, including MPs, should now unite to an “all-of-government” and “whole-of-society” war against the third wave of the Covid-19 epidemic in the country. - mk 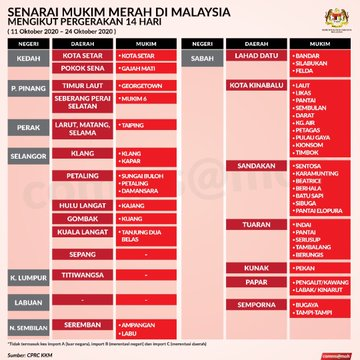 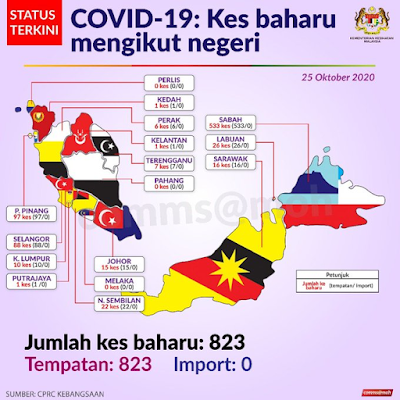 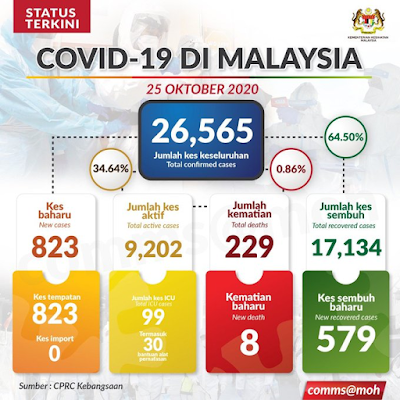