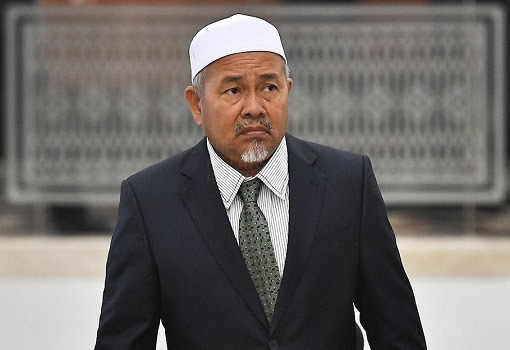 After waiting for decades, Malaysian Islamic Party (PAS – Parti Islam Se-Malaysia) returns to the federal government, albeit not through the ballot-box but rather through the backdoor.

Together with Barisan Nasional (BN), who unexpectedly lost power in the 2018 General Election, PAS is now part of Perikatan Nasional coalition formed by traitor Muhyiddin Yassin.
PAS was founded in 1951 by some Muslim clerics in the UMNO (United Malays National Organization), the backbone of the BN coalition.

The splinter group became opposition until it rejoined the BN regime for a short period (1974 to 1978), after which the Islamic party was booted from the ruling coalition. In March 2020, PAS again partnered with the same BN coalition that had kicked it out earlier.

But by June 16, 2015, DAP declared the coalition “dead” – citing the inability of the rest of the alliance to work with PAS, after PAS Congress passed a motion to sever ties with DAP without any debate. Later, it was revealed by whistleblower Sarawak Report that PAS president Hadi Awang had been bribed with RM90 million by then-PM Najib Razak to quit the Pakatan Rakyat.

Therefore, PAS had been “friendly” with the so-called enemy BN government since 2015, so much so both Hadi and Najib had conspired to work together by agreeing to three-cornered contests in the 2018 General Election. The belief that the strategy would split the opposition votes and benefit the ruling government failed and backfired – leading to the humiliating defeat of BN.

Now that PAS is the government, the expectation is that Kelantan, the state under the Islamic party’s rule almost uninterrupted since 1959, will finally escape poverty. It’s a shame that since independence in 1957, Kelantan has been so underdeveloped and poor that the majority of its people have no access to running water and have only intermittent power supply.

In fact, former Deputy Rural Development Minister R. Sivarasa of the previous Pakatan Harapan government had revealed that 7 districts in Kelantan have been identified as among the 28 poorest in the country due to a lack of crucial infrastructures. In essence, PAS-ruled Kelantan is the poorest state in the Peninsula Malaysia.

Sarawak, the poorest state (with 10 poorest districts) in the country, is the only state that is worse than Kelantan. However, based on the latest statement from the deputy president of PAS, Tuan Ibrahim Tuan Man, the people of Kelantan would have to depend on water from the hills for another 40 years before any clean water supply can be provided to them.

Yes, despite promoted to be in charge of the Ministry of Environment and Water, it’s both pathetic and hilarious that Tuan Ibrahim is still clueless how to fix the decades-old water problem in his own stronghold state. Exactly why does the “Malay-Muslim” government of PPBM-UMNO-PAS needs a mind-boggling 40 years to end the agony of brown water coming from the pipes?

Are laying water pipes more complicated or expensive than building an expressway? The North-South Expressway (PLUS Highway) started its construction in 1981. The 772-kilometres (480 miles) highway that runs through seven states and connecting the Thailand and Singapore borders was completed in 1994 – just 13 years. Even then, PLUS project was stalled due to 1980s economic downturn.

So, can the brilliant PAS leaders explain the engineering and financial challenges of a water supply project in Kelantan that it requires 40 years to complete when the PLUS Expressway needed only 13 years? On March 27, backdoor PM Muhyiddin announced an economic stimulus package worth RM250 billion, only to add another RM35 million stimulus package in June.

Heck, even the newly crowned Finance Minister Zafrul Abdul Aziz, trumpeted as an extremely competent man, has assured 30-million Malaysians last month that the country has enough cash and there was no need to borrow externally. Did not the prime minister instruct Petronas, the national oil company, to pay RM2 billion of State Sales Tax (SST) to Sarawak recently?
PAS Deputy President Tuan Ibrahim Tuan Man

Obviously, there is no financial constraint at all to fund a project as minor as providing clean water to the people of Kelantan. Environment and Water Minister Tuan Ibrahim said his ministry would require just RM7.3 billion in allocation to execute its projects – just a fractional 2.45% of the total RM285 billion stimulus package announced by his own government. 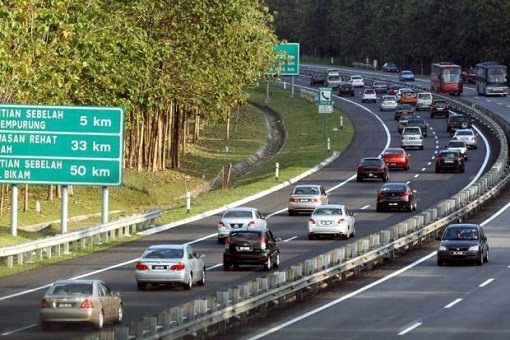 Perhaps it’s unfair to compare a water pipe project with an expressway project. Perhaps PAS leaders thought Kelantan is a special state where aerospace engineers are needed to do excavation works and mathematicians are required to figure out the sizes of pipes to be used. But even if the plan is to construct some new dams, do you really need 40 years?

But the Three Gorges Dam was no ordinary dam. Its final feature included a new ship lift – a hydraulic seesaw that raises and lowers vessels as much as 371 feet to cross the dam. A system designed to accommodate ships up to 3,000 metric tons, the elevator reduces the travel time past the dam to 40 minutes. Yet, the marvellous dam in China took only 12 years.

Is PAS-ruled state of Kelantan trying to build up to four “Three Gorges Dam” in the state? To say PAS can only resolve the water issue in 40 years clearly shows not only a lack of leadership, but also speaks volumes of an incompetent and clueless government. They should just outsource the infrastructure project to China. It can be done in less than 4 years.

With rumours of a snap election around the corner, perhaps the Islamic party was trying to hoodwink the gullible Malay-Muslims. In another 40 years, almost all the corrupt politicians in the current backdoor government would have long dead. Not only they don’t have to keep their promise, the ridiculously long period of time for the project would ensure project overrun, therefore, kickbacks for 40 years.

Yes, in 40 years, four PLUS highway or four “Three Gorges Dam” can be built. But under the so-called PAS government, it’s not even a guarantee that they can build basic infrastructure called water pipeline to transport treated drinking water for ordinary folks in Kelantan. There’s a reason why Kelantan has become dirt poor under PAS.

Be careful when you say the Islamic party is incompetent in administering Kelantan. Their supporters will blame it on the federal government, Barisan Nasional, who coincidentally is the same devil whom PAS chose to befriend in 2015 (under Prime Minister Najib and PAS President Hadi) and again in 2020 (under UMNO President Zahid Hamidi and PAS President Hadi). 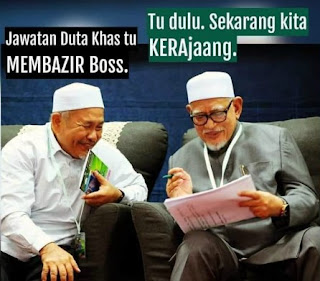 They would argue that Kelantan, after 46 years of PAS rule, becomes the poorest state in Malaysia with the lowest per capita income because the wicked federal government has “stolen” the 5% oil royalty, despite the formula agreed upon by three parties – the states, the federal government and national oil company Petronas – within the Petroleum Development Act (PDA 1974).

PAS hardcore fans would argue that while the state of Pahang and Terengganu received their share of 5% oil royalty, Kelantan did not. Actually, the right question should be why didn’t Hadi Awang demand for the oil royalty from former PM Najib Razak since 2015 after both leaders established a good friendship and conspired to break up Pakatan Rakyat?

Why Hadi Awang and his minions acted like some jumping monkey when bribed with RM90 million, but did not care about asking for at least RM1 billion of the 5% oil royalty from Najib administration? In comparison, PM Muhyiddin was forced to order Petronas to pay in full the petroleum products sales tax imposed by Sarawak for the year 2019, which amount to RM2 billion.

So why did PM Muhyiddin agree to pay RM2 billion to Sarawak two months ago, but (former) PM Najib refused to pay anything to Kelantan from 2015 to 2018? To add insult to injury, both Kelantan-based PAS and Sarawak-based GPS contribute 18 MPs each to the formation of Perikatan Nasional government. What does that tell you about the intelligence of PAS leaders?

Before PAS supporters throw tantrums and act like a baby, crying and whining over being discriminated by the federal government, they should ask PAS top leaders like Hadi Awang or Tuan Ibrahim as to why the Islamic party is still being treated like a fool – even in the so-called “Malay-Muslim” government. They have been crying for 46 years and they are still bitching over the same issue.

PAS’ inability to govern is made worse with its subscription to racial and religious extremism. Like the Middle East, PAS leaders only know how to depend on natural resources – logging or oil royalties – to generate revenue. And like the Arabs, when the crude oil price plunges, they would run around like a headless chicken, blaming everyone but themselves.
The Islamic party has no idea that its extremism and incompetency have spooked local investors, not to mention FDIs (foreign direct investments). When the previous Pakatan Harapan government gifted RM400 million to the PAS-ruled state of Kelantan out of sympathy, PAS leaders happily rewarded themselves with a fleet of 14 Mercedes Benz and RM50,000 bonus each. - FT 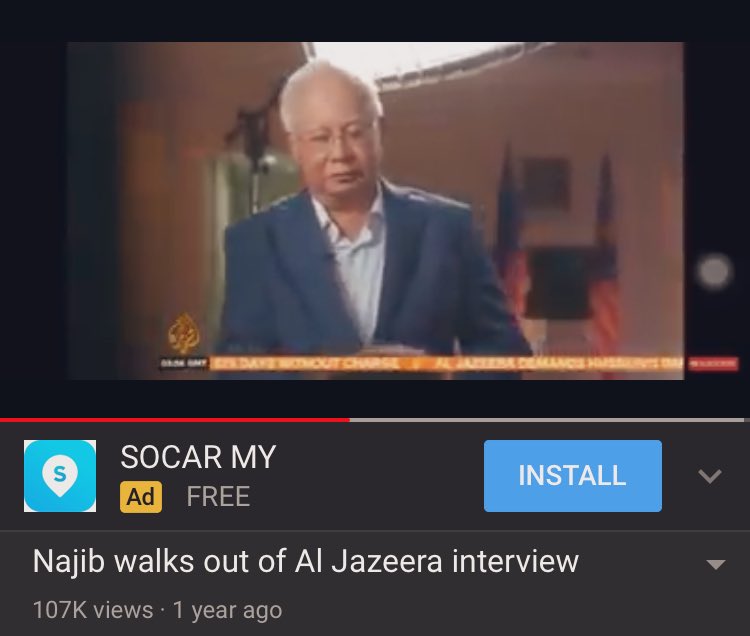 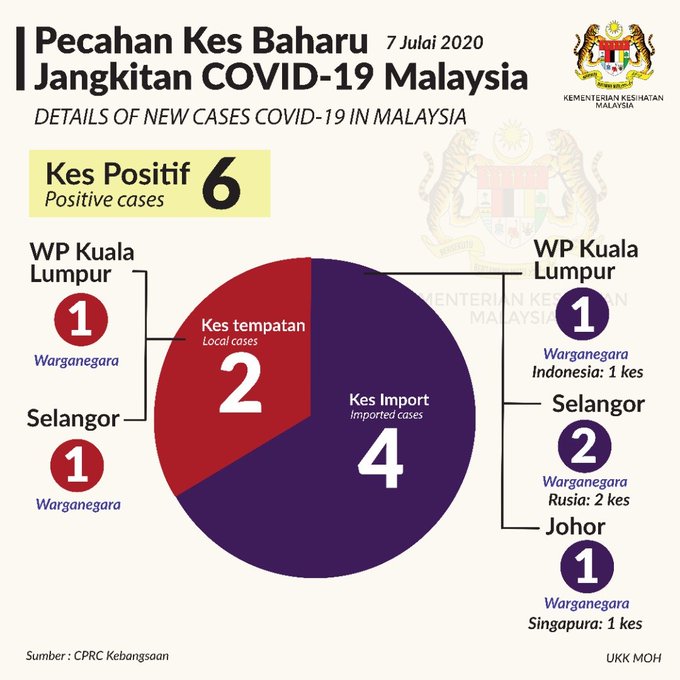 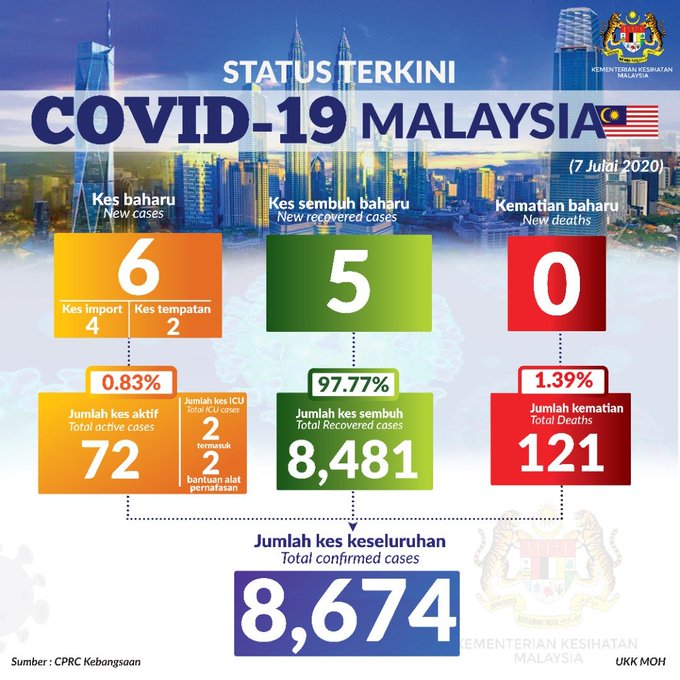