Latheefa Koya, Chief of the Malaysian Anti-Corruption Agency (MACC), released wiretaps on then-Prime Minister Najib Razak’s phone. The world heard, among other things, a late midnight call by Dzulkifli Ahmad, then a public prosecutor, tipping off Najib on impending criminal charges against him, as well as his (Najib’s) groveling to the Crown Prince of UAE pleading to him to backdate a loan agreement to protect Reza Aziz, Najib’s stepson and one of the principals named in the DOJ’s Asset Forfeiture Lawsuit of July 2016. Hearing His Highness repeatedly giving Najib a not-so-subtle royal shove-off and Najib not getting the message was painful.]

I had to take breaks more than a few times while watching MACC Chief Lateefa Koya’s press conference of January 8, 2020. I had to, my revulsion could not be restrained otherwise. Persevere I did, only to be cursed with the darkest of moods at the end. This is what Malaysia has turned into, her leader with utter impunity and unbridled arrogance betraying the sacred trust citizens have placed upon him. Not just him but also his coterie of top officials.

I was gripped me with an even deeper melancholy, accompanied by utter shame and barely controlled rage, on realizing that those officials were all Malays. Many were later honored as Datuks, Datuk Seris, and Tan Sris. Is this what Malay leaders meant when a few months ago they held a much ballyhooed gathering addressed by no less than current Prime Minister Mahathir under the banner of Maruah Melayu (Malay Dignity)? Is this what the culture that I have been brought up in my old kampung only a couple of generations ago has degenerated into?

Then amidst my gloom, a spark of hope, as in Dostoyesky’s The House of the Dead where in the depth and sea of unimaginable inhumanity of a Soviet Siberian prison, a glint of humanity–a young man crying over the death of a stranger-to-him inmate. He replied to the narrator, “He, also, had a mother.” After hearing those MACC tapes, I also was desperate to find any sliver of honesty, integrity, and dignity amidst Najib’s Malay crowd.

Then, there it was! We Malays also had one with integrity and honesty. He (or she) was there all along, hovering over but unnoticed. This hero or heroine loomed large though unseen and unheard. I hope that that would remain so for I fear the consequences otherwise.

This brave soul saw evil being perpetrated. He (or she) was guided by our hadith that says (approximately rendered) when you see evil being perpetrated, use your hand to stop it. Failing that or if it would be too risky, then use your tongue, meaning, voice your disapproval. And if that too is dangerous, then at least disapprove of it in your heart, though that is the path least favored by Allah. This brave soul used his (or her) hand to install the tapping device, and in so doing trapped the tongue of those evil doers.


I am assuming (or pinning my hopes) that the upright individual is a Malay. I desperately want him (or her) to be one. God help Malaysia and that soul if he or she were to be a non-Malay. Yet another sneaky pendatang trying to shame and “do in” an honest, upright Malay leader. Malays, in particular Najib, already have difficulty digesting the role of that other chubby Chinaman. Malays like me are in desperate need of that righteous figure now, even an anonymous one, upon whom we could share some sense of reflected dignity and integrity.

Confirming the authenticity of those MACC tapes is an elementary forensic exercise. Meaning, those tapes are genuine. Further, no one has denied them or claimed that they were concocted by slick actors and actresses, or rather actress. There was not even a sly “Sounds like me but not me” or “taken out of context” denial.

What surprised me was not the tapes’ content. That present Malay leaders are corrupt to the core and top civil servants (again mostly Malays and UMNO partisans) lack an iota of integrity are not news. You do not need those tapes to validate that. That is the saddest and most painful part for me as a merantau (expatriate) Malay to acknowledge.

More revealing were the responses of the participants, or lack thereof. Most remained silent. Rosmah managed, “I have nothing to say!” Then there was the rubbish from Najib claiming that those tapes vindicated him! Note, he did not deny the contents. There is a term to describe those who have difficulty discerning fantasy from reality. The good news there is that the malady is treatable.

I always knew that Najib was not terribly bright. However, I did not realize he was that stupid as to use an unsecured land line to speak to a foreign head of state on a very sensitive matter. The man also lacks dignity; his shameless groveling to the Arab Crown Prince was despicable. I wonder how many other heads of state who had communicated with Najib over the phone and discussed 1MDB would feel now? Rest assured that those tapes were only the tip of the proverbial iceberg.

To those who claim the tapes’ release was sub judice, violated due process, or an invasion of privacy, it is significant that so far no one has filed a court motion or police report. The reason is obvious–the behaviors of those whose voices were recorded were so egregious and beyond the pale. I am surprised and saddened that those who complained about the propriety of the tapes’ release have not seen fit to condemn the participants in the tapes. Focus on what those tapes reveal. Does anyone approve of what they did?

Meanwhile Inspector-General of the Police (IGP) Hamid Bador was waiting passively to receive those tapes. He should have responded:  “This is serious! I am on my way to see Latheefa right away to secure those tapes.” Those who argue that the tapes should have been handed to the police first and dispense with the public release, consider the police “investigation” of the other infamous so-called semburit videotape of two consenting men frolicking in a Sandakan hotel. That dragged on and at the end, “No Further Action!”

Those individuals in the MACC tapes thought they were doing the patriotic thing to protect their leader, the Hang Tuah excuse. It is this perversion of our noble values that is so destructive. That prosecutor who tipped Najib was later promoted to be MACC Chief and given a Tan Sri. There’s more. He was caught soon after holidaying abroad, probably celebrating his reward, I mean promotion, with a female other than his wife. Worse, this slimy character had the audacity to give a Friday sermon on–yup, you guessed it!–the evils of corruption!

Next JAKIM would invite him to give a sermon on marital fidelity. That’s the degradation of Islam in Malaysia, but that’s another and very long chapter. Save unconditional denials, the Keeper of the Rulers’ Seal should ask the Agung and his brother rulers to rescind the titles awarded to those knaves. Syed Danial should not be like IGP Hamid, menunggu arahan. I am proud that the Ruler of my state of Negri Sembilan had already rescinded 15 months ago Najib’s and Rosmah’s honorifics.

There was another shocker on the Council of Rulers. Latheefa’s predecessor Shukri had apprised them twice on 1MDB and the need for immediate action. The Rulers refused. Shukri called Duzlkifli a pengkhianat (traitor). From what we know today, that term could apply to many more. In the pantheon of infamy, those MACC tapes would be with Nixon’s Watergate’s. With Nixon, it was the missing part that undid him; with Najib and his ilk, the contents.

To MACC Chief Latheefa Koya, continue the good work. Give ’em hell! You already struck fear among the corrupt. Let them have more sleepless nights believing that their past conversations could also have been tapped. To that brave righteous soul who tapped Najib’s phone, my heartfelt gratitude. You are my North Star; you personify “Duty, honor, country! - Bakri Musa 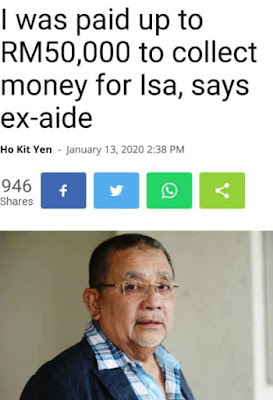 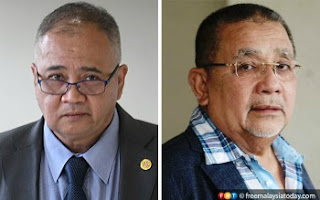 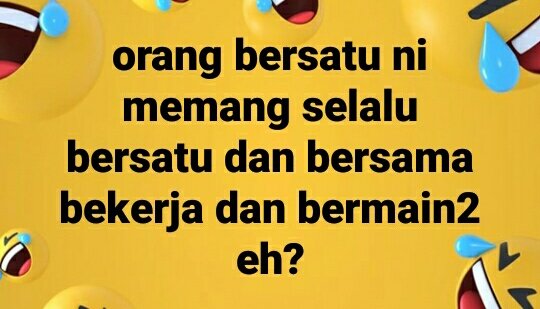