As Malaysia’s Pakatan Harapan (PH) coalition enters its second full year in office, uncertainty over whether Prime Minister Mahathir Mohamad will hand power as promised to a chosen successor will shadow and potentially destabilize the nation’s politics in 2020.  One near certainty, though, is that Mahathir will remain in power throughout 2020 and into the following year, leaving his nemesis turned ally veteran politician Anwar Ibrahim in waiting.

The 94-year-old premier said as much when in December he ruled out stepping down before Malaysia hosts a summit of Asia-Pacific Economic Cooperation (APEC) countries in November 2020. Sometimes compared to a Shakespearean drama, the hot-and-cold relationship between the two politicians has shaped Malaysian politics for decades.

After being pardoned of what were viewed as politicized sodomy charges and released from jail last year, 72-year-old Anwar has maneuvered cautiously since re-entering politics, showing reluctance to rock the boat as a prime minister-in-waiting. Despite that, old plot lines have resurfaced.

Fresh allegations of homosexuality, a crime in conservative Muslim-majority Malaysia, and alleged sexual misconduct have been levelled against Anwar by a 26-year-old former researcher who had worked in his private office.

Anwar has categorically denied the allegations while his supporters have panned them as a thinly-veiled retread of past attempts to discredit the Parti Keadilan Rakyat (PKR) party leader. Muhammed Yusoff Rawther, Anwar’s accuser, recently took a polygraph test as part of an ongoing police investigation into his claims. It remains to be seen how the latest twist could impact Anwar’s political fortunes in the year ahead.

“The big development over this last year is that Anwar’s chances of becoming prime minister have reduced,” said political scientist Bridget Welsh, an associate professor of political science at John Cabot University in Rome. “There are vested interests around Mahathir who would like him to stay as long as possible.”

After a shock victory at May 2019 polls, Mahathir positioned himself as an interim leader who would step down after two to three years in office. Though he has frequently repeated his vow to hand power to Anwar, the nonagenerian leader has at other times said he cannot guarantee who will succeed him.

Welsh said that while Anwar still remains the leading candidate to replace Mahathir, a leadership handover isn’t likely to happen in 2020. Moreover, speculation is rife that Mahathir personally favors PKR deputy president Mohamed Azmin Ali, who serves in his cabinet as economic affairs minister, to replace him as premier.

Further complicating matters, Azmin and Anwar have been at daggers drawn as a fierce factional spilt roils PKR, the ruling coalition’s largest party. That divide broke into the open in December when Azmin’s faction – which accuses Anwar of hypocrisy and dynastic politics – staged a dramatic walkout during the party’s national congress.

Though Anwar’s position within his party has strengthened since formally returning to politics in 2018, Welsh predicts his rift with Azmin will continue in 2020, given that the divide remains unresolved. The open infighting “undermined the party’s capacity to embrace voters, but also to address issues of governance,” she said.

Frustration with bread-and-butter issues, incessant politicking and backsliding on promised democratic reforms have imbued Malaysians with cynicism, which Welsh described as “a very worrying trend as things move forward,” one that PH can begin to counter by reshuffling cabinet and attempting to “reconnect with the electorate” in 2020.

After a bruising by-election defeat in December, Mahathir raised the idea of shuffling cabinet to mollify growing dissatisfaction with PH, though no timeline has been specified.

“A cabinet reshuffle is now more pressing than ever,” said Welsh. “Many of the ministers are people who have risen to the occasion and have some clear deliverables. Others do not.”

Results showed that 41% of respondents backed PH versus 38% for MN, a contest described in Emir Research’s report as “neck-to-neck” given a 3% margin of error. The findings also noted 17% support for independents who may “play the role of kingmaker,” a reflection of rising disillusionment with establishment politics.

“I think that the UMNO-PAS alliance and their by-election victories do show that the opposition has now reemerged on the national stage,” said Welsh, in reference to the four poll wins clinched by the opposition in 2019. “But it is still not yet a meaningful alternative and faces serious obstacles, not least of which is issues of leadership.”

UMNO’s top three leaders, including ex-premier Najib Razak, are on trial for corruption. Najib was recently accused by a jailed ex-member of his security detail of ordering the 2006 murder-by-explosives of a Mongolian woman believed to have been an interpreter in a controversial 2002 submarine deal when he headed the defense ministry.

Najib has also been accused of having a sexual relationship with the woman, a charge he vehemently denies. The ex-premier took an oath at a mosque earlier this month denying allegations he ordered the killing and any connection to the deceased. He has never faced any charges in connection with the murder and it is unclear if he will based on the recent accusation. 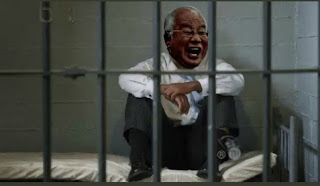 In any case, Najib faces the prospect of life behind bars if found guilty of criminal charges related to a multibillion-dollar scandal at state fund 1Malaysia Development Berhad (1MDB). The ex-premier will continue to make headlines in 2020 as five corruption cases against him go to trial, proceedings that legal watchers expect to carry over into 2021.

Malaysia’s top prosecutor, Attorney-General Tommy Thomas, has also said the country will press ahead with a criminal case against current and former Goldman Sachs directors for their role in the 1MDB scandal, a trial he expects to start by the middle of next year. Malaysia is seeking a staggering US$7.5 billion in damages from the Wall Street firm.

While speculation swirls over the leadership succession, Mahathir is expected to press ahead with his long-time goals. In 1991, during his first premiership (1981-2003), Mahathir unveiled a vision of Malaysia becoming a fully-developed nation by 2020.

Today, he blames the “bad policies” of Najib for failing to meet that so-called “2020 vision.” With the right policies, Mahathir now says, his development vision can be reached by 2025. But as calls for a clearer succession timeline grow louder and potentially threaten stability, analysts believe Mahathir’s successor will ultimately be the person he most trusts to see through his vision. - Asia Times 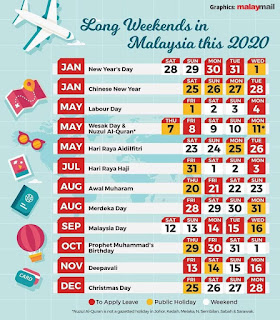