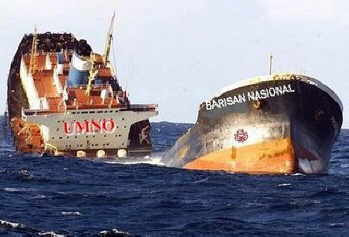 Dr.M’s Final Touch To Destroy
The Party Before He Retires...

Opposition parties, consisting primarily of UMNO (Malay nationalist party) and PAS (Islamist party), have been linked to an infographic illustrating a list of new Cabinet ministers – if both parties win the next general election, which must be held by 2023. The list includes Foreign Minister Lokman Noor Adam, the man often ridiculed and laughed at for having “IQ of a carrot”.

Known as the “fried rice” minister, Ahmad Maslan, the man who had previously lectured people who couldn’t make ends meet due to GST (goods and services tax) to cook at home to avoid the tax, would become the new Minister of International Trade and Industry. Perhaps he would bring back the GST to prove that the tax regime isn’t that bad after all.

Rahman Dahlan, one of the biggest supporters and cheerleaders of former PM Najib Razak and his wife Rosmah Mansor during the peak of 1Malaysia Development Bhd (1MDB) scandal, would become the Economic Minister. Even joker Bung Moktar would be appointed as the Minister of Rural Development portfolio. Ismail Sabri, a die-hard fan of 1MDB, would be in charge of the police force.

If indeed the new Cabinet line-up of UMNO-PAS was the idea cooked up by the opposition parties to strengthen their alliance, they have done a horrible job. As usual, almost all the important and lucrative ministries would be dominated by UMNO, leaving crumbs for PAS. But the fantasy of an UMNO-PAS government may just remain a dream – UMNO may not exist by 2023.

While UMNO is down, it is not out. And Prime Minister Mahathir Mohamad knows better than anyone to leave UMNO alive and kicking, the same dominant party which he once led for 22 years from 1981 to 2003 as the country’s fourth prime minister. Returning as the premier once again after last May election, Mahathir has almost burned the bridge of returning to his former party – UMNO.

Perhaps the biggest hint that UMNO would soon remain a distant memory is the latest call from PPBM Youth Chief Syed Saddiq Syed Abdul Rahman for actions to be taken against UMNO for receiving funds from the 1MDB funds. Coming from Syed Saddiq, the youngest minister from Mahathir’s own party, it speaks volumes about the world’s oldest leader’s next action.

As expected, UMNO was the biggest recipient constituting close to 80% of the total dubious money, with RM212 million going into the accounts of several state liaison committees, divisions and leaders. The civil action was filed under Section 56 of the Anti-Money Laundering, Anti-Terrorism Financing and Proceeds of Unlawful Activities Act 2001 (AMLA).

Like Najib, who was terribly upset when prosecutors slapped a similar civil forfeiture suit last month against him and families in relation to properties and goods such as jewellery, designer handbags, watches and sunglasses valued at RM680 million believed to have been bought using 1MDB funds, UMNO has been equally panicked over the latest civil forfeiture lawsuit.

And UMNO has every reason to be worried and terrified. Civil forfeitures are different from criminal charges as they were initiated only against the property and not against persons. The advantage of using civil forfeiture action is that it will ensure those assets seized are not dissipated – money or property doesn’t get spent, sold or transferred.

That explains why the US-DOJ has filed civil – not criminal – lawsuits initially in 2015 to seize billions in assets allegedly bought with stolen 1MDB funds, including a private jet, luxury real estate, artwork and jewellery. So, in this case, UMNO will have to prove beyond a reasonable doubt that the RM212 million did not come from 1MDB – an impossible mission.

Unlike criminal prosecutions, the prosecutors do not have to prove anything in civil cases. But here’s the fun part. If UMNO and their divisions and leaders were to return the money, it will prove they had taken money stolen from 1MDB. If they refused to, and plan to challenge the government, they have to prove in court that the money, which UMNO claimed had been spent, was not stolen from 1MDB.

However, because their bank accounts have been frozen since last July, and will continue to be frozen as the investigation of 1MDB scandal is still ongoing, UMNO appears to be at a dead end. The once-rich political party does not have RM212 million to return to the government, even if they wanted to. Hence, they could be declared bankrupt. Any way you look at it, UMNO is toast.

Adding salt to the injury, PPBM Youth Chief Syed Saddiq said a complaint will be launched against UMNO with the Registrar of Societies (ROS) for receiving the RM212 million in 1MDB-linked funds. Clearly, this is an attempt to dissolve or de-register the party. If the civil forfeiture lawsuit fails to kill UMNO, an order from ROS to UMNO to be shut down will definitely kill the party.

What goes around comes around. Interestingly, at the eleventh hour before the 14th general election in May 2018, Mahathir’s party – PPBM (Bersatu) – was temporarily dissolved by ROS, an order believed to be from Najib. As a result of Najib’s dirty politicking last April, PPBM was not allowed to use its name and logo to contest in the May general election.

ROS claimed that PPBM had violated Section 14(5) of the Societies Act 1966 in failing to submit information and documents pertaining to the minutes of branch meetings, divisions and centres. It also claimed that PPBM had failed to submit party financial statements within the stipulated deadline. Now, UMNO, at the receiving end, has committed an even bigger crime – receiving RM212 million of stolen money.

Of course, PM Mahathir has rubbished criticism that his Pakatan Harapan government is out to bankrupt UMNO, let alone any attempts to close down the party using ROS. But UMNO has nobody to blame but itself. Had the corrupt party refused to take the government’s money stolen by Najib, it would be hard for the 93-year-old prime minister to find reasons to terminate UMNO.

Mahathir said he did not mind if UMNO had plans to create a new party, if indeed the ROS decides to dissolve the party – suggesting that the premier was not concerned at all that UMNO could rebuild or its members could flock to PAS Islamist party. Sure, the UMNO branding itself was invaluable. But it requires a leader with a bigger reputation to make the brand spins.

The PM knew only he possesses the formula to revitalise UMNO, the same way he skilfully destroyed the old UMNO (UMNO 1.0) in 1988, before rebuilding “UMNO Baru” (UMNO 2.0). Now that Mahathir’s PPBM is running the country, he will destroy the existing UMNO so that its MPs and members would have no choice but to flock to PPBM, making PPBM the UMNO 3.0 (“UMNO Lagi Baru”).

Yes, Mahathir has everything to gain, but nothing to lose by destroying UMNO. Once ROS declares UMNO must be disbanded, its members and MPs will be forced to decide – to join PPBM, or PAS or a newly created party. Chances are, most of them will join PPBM due to obvious reason. UMNO leaders and members know only 2 things – power and money – something which PPBM has in its possession. 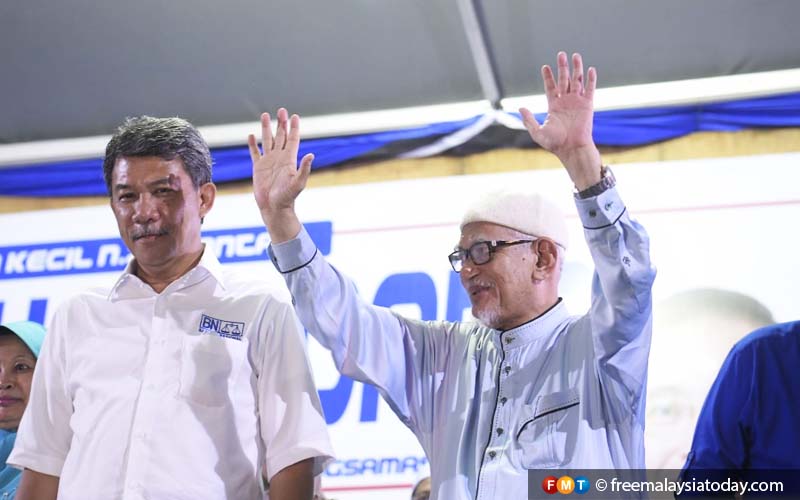 Once dissolved, UMNO will be split further and like a damaged good, it would be worthless. Pro-UMNO cybertroopers, propagandists and bloggers, however, had been arguing that in the eventuality that UMNO is killed, everyone in the party will join PAS in droves. Is that true? Perhaps the answer can be found during the PAS congress about 4 days ago.

Kedah PAS Youth said while a cooperation with age-old nemesis UMNO is acceptable, the Islamist party insisted they must be the leader on top, despite PAS has only 2-million supporters in comparison to UMNO’s 4-million – indicating the Islamist party’s grassroots are not fully comfortable with joining forces with their political foe, even for the sake of religion.

PAS President Hadi Awang, however, said his leadership was not asking or demanding to lead the UMNO-PAS alliance. In fact, he tried to beat around the bush saying despite wanting an Islamic leadership; it may not necessarily be UMNO or PAS which leads. He also admitted that there is still UMNO-phobia in PAS, and vice-versa, there is PAS-phobia in UMNO.

So, if PAS and UMNO could not even decide who will lead in a new government come 2023, despite both parties being led by Malay-Muslim leaders now, is it possible that 4-million UMNO supporters and members would blindly cross over to PAS? If UMNO can accept a full-blown Islamic country like Afghanistan, why aren’t UMNO and PAS merged already?

Be it Afghanistan, Pakistan, Kazakhstan, Uzbekistan or Kelantan, in reality, UMNO-Malay leaders can never accept PAS as their new home, let alone the extreme and conservative ideology of the Islamist party. That explains why Mahathir is perfectly happy if UMNO is dissolved and a new party is to be created. As a master strategist, Mahathir knew a wounded tiger is a dangerous beast.

Even if it’s true that majority of the ethnic Malays plan to vote UMNO back to power by 2023, why should Mahathir does nothing and allows himself to be slaughtered. If the old man can’t have UMNO members and MPs, not to mention its assets which include the PWTC, he will make sure nobody gets the toy. It will take years and tons of money to build a new party with a network as extensive as UMNO. - FT 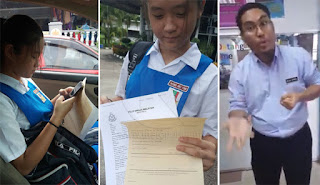 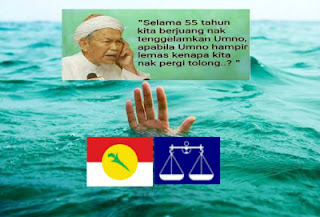