Should Azmin resign if the sex video is genuine?...

The only thing of importance in this sex video scandal is that, is the video genuine or, as some claim, a fake? I do not care what two consenting adults do in the privacy of the bedroom but I do care if they belong to a class of people who routinely demonise marginalised groups using religion. But this is also another point in a litany of moral and intellectual corruption in mainstream Malay politics.

The police should not even be investigating this issue and the only recourse that “an innocent” Economic Affairs Minister Azmin Ali should have is the civil courts for defamation and he should carry on with his duties. I’m sure there could be criminal charges for a range of issues but these should be against the people who allegedly made the video – or the sole participant, if the other was not informed depending on the privacy laws of the country – and other criminal charges, conspiracy, etc, if applicable. At this point, the "conspiracy" angle has overtaken the authenticity of the tape.

Prime Minister Dr Mahathir Mohamad does not get to decry “gutter” politics or decide on the veracity of a sex video (especially when nobody seems to be interested in determining if the videos are fake or not) because he remained in power for far longer than he should have – his words to the Guardian – by destroying the career of his political rival, Anwar Ibrahim, using the same kind of tactics used against Azmin.

Some Malaysians may be too young to remember the vicious campaign Mahathir waged on Anwar in the mainstream media where graphic descriptions of sex acts were discussed and Anwar was vilified by all and sundry.

As for Anwar, when he was basking in the glory of near ascendancy to the highest political office in the land, he carried out a ruthless Islamisation campaign that ironically proved to be the sword of Damocles that hung over his head when it came to his sodomy and abuse of power trials. 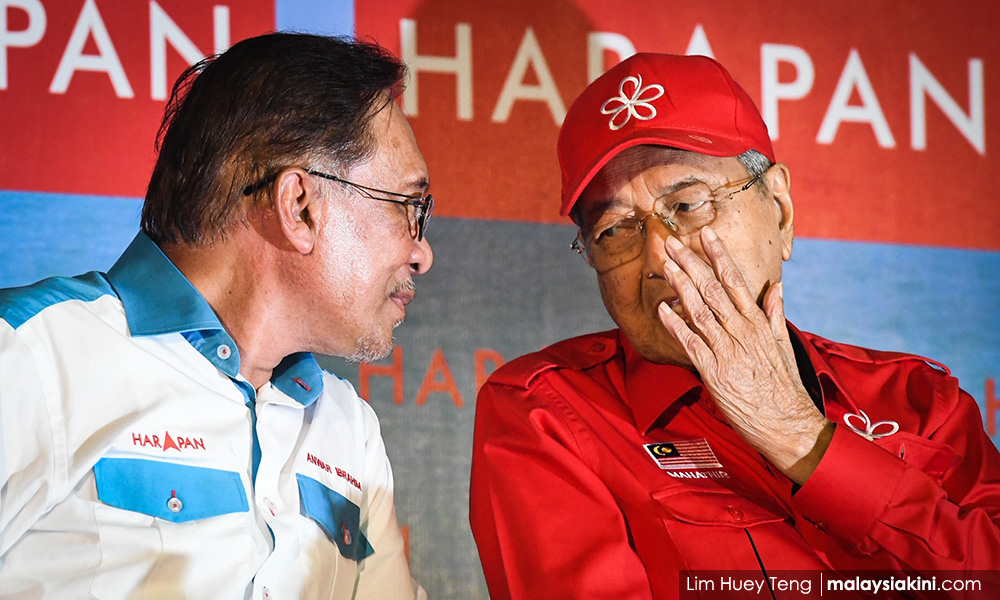 Ever since his political rehabilitation, Anwar has been attempting to burnish his Islamic credentials using all manner of Islamic ideas and personalities. It would seem that the lesson learnt from his political persecution is to reinforce the systemic bigotry instead of attempting to correct the injustices in the system.

Now we are witness to the spectacle of another anointed one in the vicious gutter politics of PKR, attacked by enemies comprising riff-raff of mainstream Malay power structures for purposes yet to be determined. We could speculate but that is the point, isn’t it? To distract from the inability of Pakatan Harapan to deliver on its campaign promises.

What better way to distract the majority with a vicious sex scandal which not only realigns Malay power structures but puts into question the integrity of institutions which have no business policing moral values?

And what is Haziq being investigated for? Carnal intercourse against the order of nature, breaching the peace and of course, dissemination of obscene material. Really? So, in other words, he is being investigated for sex acts some people upload on social media every day and what the far right does nearly every other day when it comes to 'breaching the peace'. And isn’t social media flooded with videos of people filming their sexual acts? 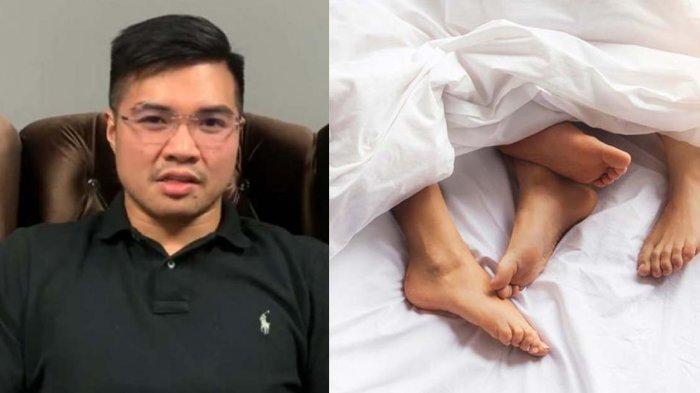 As far as distributing pornographic material is concerned, can we take it that the material is genuine or has it been concluded that the obscene material is a "deep fake" or at least one participant is genuine and the other is computer-generated legerdemain?

Who is behind the sex video? Is this the internal politics of PKR? Is Bersatu part of the conspiracy? Is Umno part of the conspiracy? We get ridiculous statements coming from the likes of de facto Islamic Affairs Minister Mujahid Yusof Rawa who laments that our society is not ashamed of openly admitting sins but this is where the religious police knock down the doors of people looking for sin.

Take Haziq, for instance. He confesses to having sex with Azmin and claims that Azmin should be investigated for “corruption". In other words, Haziq sleeps with an allegedly corrupt politician and then when a sex tape mysteriously appears, Haziq confesses – without guilt or shame considering his religious pedigree – to being a participant. But the most important thing is that his alleged partner should be investigated for corruption. Furthermore, according to a PKR political operative, Haziq wanted to know Azmin’s schedule throughout the Sandakan by-election.

Meanwhile, Azmin’s aide meets up with Haziq for reasons unknown but said that according to Haziq he was threatened to lie about the sex tape. Haziq for some odd reason gets huffy for being made to wait. What possible reason is there for Azmin's aide to meet this young man? If the police were investigating (and even this is absurd for why investigate a sex tape?), why does a political operative like Azmin give credibility to someone like Haziq? The aide claims that Haziq confessed to being part of an elaborate conspiracy but does not say who was involved in this conspiracy.

Azmin has denied that he is in the sex video. I wonder when Azmin is going to swear on a holy book that it is not him in the video? Azmin does not want to speculate if anyone is out to sabotage him but it is crystal clear that this video and the corruption allegations are meant to sabotage his political career. If, as he claims that Haziq is being manipulated, then Azmin should sue him in open court. 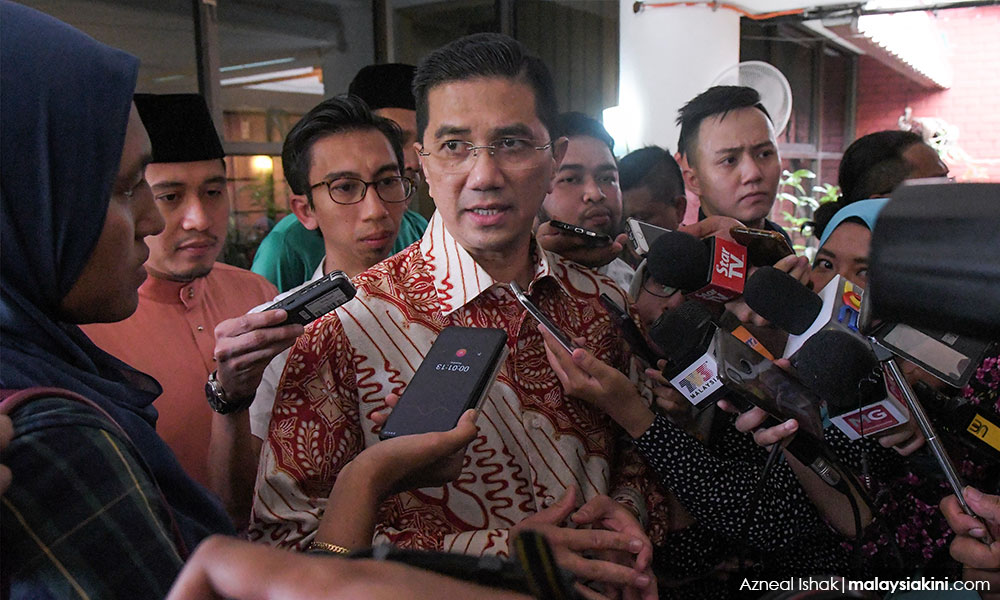 Anwar saying that Azmin does not have to take leave is untenable. Here we have a man who is being investigated for carnal intercourse against the order of nature and who claims his partner is a federal minister and the former is detained by the state while the latter carries on with his job as usual. This is only logical if it has already been determined that the other participant is not the federal minister. Has it?

So far, the instruments of the state have been attempting to scare people from passing around this video. Personalities like Umno leader Khairy Jamaluddin mendaciously ask us to “look away”. Religious operatives clutch their pearls asking for an investigation by the religious bureaucracy. An Umno provocateur has been arrested. They say and do all of this knowing that mainstream Malay politics and culture is fuelled by the "sexploits" of public personalities.

Didn't a former Puteri Umno member - now a PAS member - claim that Umno gatherings were rife with the sexual antics of political operatives? Isn’t the Malay press awash with stories of sex and the sordid goings-on of the entertainment industry, not to mention the sexual exploits of the young? Isn’t social media flooded with videos of young people filming their sexual acts?

Should Azmin resign if the video is genuine? In this country where certain sexual acts and people are deemed immoral and are hounded by the state, the way I see it is, if you live by the bigoted sword, you perish by the bigoted sword. Who knows though. In the end, the victim may end loving his tormentor. This is Malaysian politics after all. - S.Thayaparan,mk 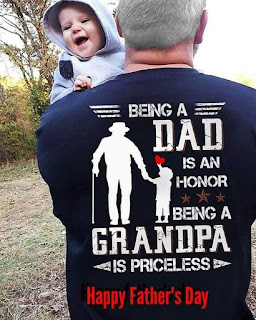 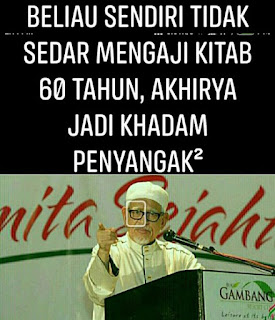