Following the expose that Prime Minister's wife Rosmah Mansor flew to Istanbul on a chartered private jet, her aide claimed this is because the government jet ACJ320 9M-NAB is under maintenance.

This prompted PKR secretary-general Rafizi Ramli, who made the matter public, to embark on a mission to track 9M-NAB down.

Based on an informant’s disclosure, the Pandan lawmaker alleged that the trail led him to a Central Asian nation.

“I was informed that until last week, June 12, the new government-owned jet ACJ320 9M-NAB is in Kazakhstan as displayed in the database of the plane’s position,” he told a press conference in Kuala Kangsar this afternoon.

Last week, the PKR leader revealed Rosmah flew in the private jet to Istanbul to receive the 3G Children Welfare Award on behalf of Permata.

He also alleged that her daughter Nooryana Najwa, who is married to Daniyar, was also on board the plane. However, this could not be confirmed.

Rafizi also revealed a video footage purportedly showing Rosmah boarding the plane and a slew of bags being carried into the cabin.

Rosmah's aide Rizal Mansor later explained that the bags belonged to the passengers and crew, who were unable to store it in the cargo hold because it was full of Permata Seni performance paraphernalia.

Rizal and several ruling politicians have accused Rafizi of deliberately playing up a non-issue in view of the June 18 twin by-elections.- mk 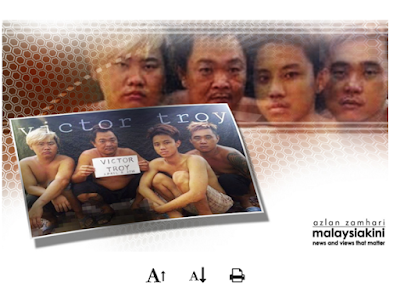 The families of the four Sarawakian sailors released by the Abu Sayyaf militant group following their abduction on April 1 today claimed they had handed to the police all the money collected in anticipation of their release. They did not have even one sen of the money, said Datuk Lau Cheng Kiong.We raised RM12 million ransom and passed it to police, says ex-hostages' family

A relative of one of the four sailors recently freed by the Abu Sayyaf militant group has finally spoken out about rumours suggesting that the hostages were released after a ransom was paid to their captors.

Meanwhile. IGP said no ransom was paid to militant group Abu Sayyaf for the release of the four Sarawakians they kidnapped off Pulau Ligitan on April 1.

Inspector-General of Police (IGP) Khalid Abu Bakar said the four were brought back by Police Special Forces after being released with no ransom paid.

However, Home Minister Ahmad Zahid Hamidi said the RM12 million raised by the families of hostages recently freed by the Abu Sayyaf was given to an Islamic body in the Philippines. He stressed that the payment was not ransom to secure the four Sarawakian hostages’ release.

“The government decided not to pay ransom, and police adhered to this order.

“The money raised was from public donation and assets sales (by the hostages’ families), and I can confirm that it was channelled not as ransom, but to a body in the Philippines which assists in an Islamic struggle.

This is the most silliest news, just like the 1MDB crap that has been floated by Najib.

Zahid Hamidi says the RM12 million ransom money collected to secure the four Sarawakians has been given to Philippine charities.

And Zahid says he is NOT GOING to reveal the identities of those Philippine charities.

Here is the news from the Malay Mail.

The uncle of the kidnap victim said that on May 24 he gave 12 cheques of RM1.0 million each to the Police (now confirmed by Zahid) in Sandakan. He referred Hong Leong Bank.

The uncle is from Sarawak.
The money was collected in Sarawak.
I believe the cheques  were Sarawak cheques.

This means the cheques would clear earliest by June 10, 2016.

Now the Abu Sayyaf already released the four kidnap victims on June 8th - two days before the cheques would have cleared.

So when the Abu Sayyaf released the victims, the money was still in the bank, the cheques would not have cleared.

Since the victims were already released on June 8th, why didnt the Police just return the money back to all the donors?

Who gave the authority for the Police to give the RM12 million to Philippine charities?

And what is the connection between Philippine charities and the ransom money?

What kind of a Philippine charity would accept 'blood money'?

Money that was collected from people to free their relatives and loved ones from kidnappers?

(By the way is it true that one of the Philippine charities is the  "Cardinal Sin's Senior Officers Rest and Recreation Centre" in Manila ? Just wondering.)

Now here is the soalan cepu mas for Zahid Hamidi...

"Ahmad Zahid said the government does not recognise kidnap-for-ransom activities and would not use funds for such purposes".

Ok.  Then why did the Special Branch (Dato Fuzi Harun, Chief of Special Branch, this implicates you) accept the RM12 million in the first place?

The Police Di Raja Malaysia is a gomen department. If it is gomen policy not to recognise kidnap-for-ransom, then why did a gomen department like the PDRM accept cheques for RM12 million which was money collected by people to pay a ransom ??

When the people in Sarawak mortgaged their houses and collected the RM12 million, they did not collect it for donation to unknown Philippine charities.

As far as they know the purpose of the money was for payment of ransom to the kidnappers of their family members.

So what type of mechanism or Standard Operating Procedure did the Special Branch use to accept RM12 million in 12 different cheques and deposit the amount into a bank account?

If the gomen does not recognise kidnap-for-ransom then most certainly the gomen does not have any SOP (Standard Operating Procedures) to receive any moneys - whether donation or ransom. Surely the Police cannot have bank accounts for these purposes.

So how and why did the Special Branch in Sandakan accept and bank-in 12 cheques for a total of RM12 million?   Whose account was it?  Masuk akaun siapa?

We have already heard the Prime Minister first deny and then acknowledge that he received RM2.6 billion donations into his private account at AmBank. But that was a political donation. That is ok - in Malaysia.

Can someone call the Philippines and find out what are these so called charities that suddenly received a windfall of RM12 million in 'blood money' from Malaysia? How many charities or agencies are involved in total? One? Two? 15?

Dato Zahid, as far as the families and the donors are concerned that was ransom money. That money is now gone.  And the public does not know where that money has disappeared.

You say that money has been "donated" to Philippine charities.
How do we know that you are telling the truth?

Zahid has assigned the IGP to release a statement.
The IGP knows how to tweet.
Lets see what he says.
The Minister has put him in quite a spot. - syedsoutsidethebox

‘Why was part of RM12m not returned to families?’

Former NST Group Editor Mustapha Kamil points out that the families of the hostages had sold off their properties to raise the funds.

This is what Malaysian think of what this bloody DPM has done with that RM12million "donation".

Eddie Tan: If money not used, it should be returned. People had to beg and borrow.

Richard Yong: Come on lah!! People have to mortgage their houses to raise the ransom money and this joker said its given to charities!!?

Stan Lee: Wonder if it's any difference with term donation...? Some of this funds are to be rightfully returned or reimburse to the family members.

Danny K.C. Heng: It not up to you to decide. It is not your money.

Azzat Kamaludin: May we know the name of the charities please lest it becomes like the donation from the friendly Arab donor?

Betty Teh : What the hell? Return to the family..for God's sake!

steadyaku47 comment : Like the RM2.6 billion donation, like 1MDB....the story changes by the minute. First no ransom paid, then money donated to charity and now donated to Islamic body...what next ma? Will the Foreign Minister of the Philippines confirm that the RM12 million has been paid to a Muslim body....tak payah lah....ini cerita kita sudah dengar banyak kali ma! - steadyaku47 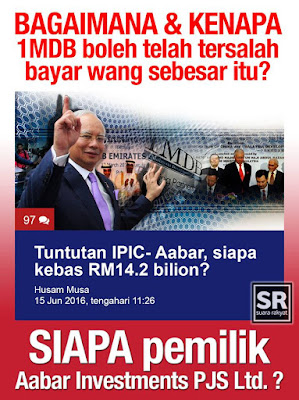