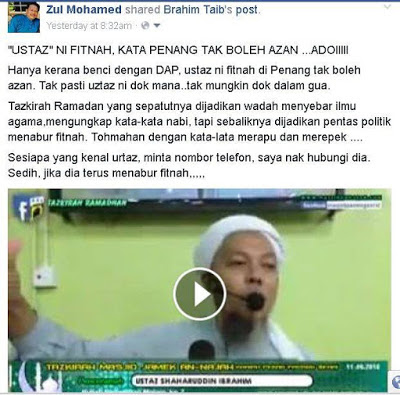 Two-party system at risk of collapse...

I wonder why seasoned opposition leaders in the like of Lim Kit Siang would commit some serious errors in Sungai Besar and Kuala Kangsar, dealing a fatal blow on the Pakatan while boosting the morale of the opposing camp.

Among the errors was a gross negligence of the 'limitability" of by-elections. And since they were only by-elections, BN could throw in all its resources to promise more developments in a bid to offset any opposition onslaught.

Normally in a by-election the voters will be more concerned about local developments and day-to-day issues. And due to the narrowed scope of a by-election, local issues come more effective than national ones in luring votes.

Pakatan has no doubt positioned the by-elections too highly. Some say the by-elections would determine the success of the agenda to replace the current federal administration while Mahathir saw them as a referendum on PM Najib's public acceptance.

Pakatan has also overlooked the importance of their choices of candidates and approachability to the local residents. BN's candidate for Sungai Besar Budiman Mohd Zohdi is known for his amiability and people=-friendly attitude, and will visit any place of worship including Chinese temples and churches in a bid to dismantle the barrier between him and the voters.

The opposition, meanwhile, has placed too much faith in the power of Internet and overlooked the importance of man-to-man interactions. Undeniably people in rural areas are more passionate about localism and are largely repulsive to brainless political jargon that brands opponents as 'stupid".

Perhaps Pakatan has its own reasons to have committed the same mistakes over and again, including their inability to entice more Malay voters. As a result, they have to resort to the strategy of tirelessly pursuing national scandals to cushion the impact from PAS' draining of their support votes. Pakatan has also banked on Mahathir's influences to make inroads into the Malay areas but this has proven to be a futile attempt.

Pakatan Harapan has hoped to make use of the by-elections to start a powerful anti-establishment in the Malay society, and has therefore exaggerated the importance of these by-elections.

Unfortunately such a strategy has failed. Pakatan has underestimated Umno's grip of its fundamental support base and Malay voters, as well as their loyalty to the party, including that of PAS.

Pakatan's flop could be attributed primarily to its own overpositioning of the by-elections, giving the party members and supporters unrealistically high expectations. The bigger the hopes, the stronger the sense of frustration.

And BN is also happy to borrow Pakatan's own slogans to hit back at it. For instance, communications and multimedia minister Salleh Said Keruak has bragged that BN's thumping victories in these two by-elections have been the public's vote of confidence towards PM Najib.

The humiliating defeat of Pakatan has also exposed the opposition pact's dilemma and conflicts.

First and foremost, Pakatan's biggest problem is its inability to win the hearts of majority of Malay voters. According to news reports, Umno commands 60% of votes in Malay villages, PAS 35% and Amanah 5%.

Despite the presence of a multitude of negative issues, Umno is able to win impressively. Pakatan is unable to break through Umno's protective umbrella concept and this will remain a huge dilemma for the opposition pact for a very long time to come.

Securing under 20% of Malay votes, Amanah has once looked to mixed constituencies to claim its first victories, but even that is no longer a bet now. In Malay areas, with PAS hopping into the picture, that gives Pakatan very little if any hope of winning.

It is anticipated that Pakatan can only pin its hopes on urban constituencies in the coming general elections. Wrestling the federal administration is too distant a dream.

Secondly, the opposition is slowly losing its Chinese support, beginning with Teluk Intan, Sarawak and now the two by-elections.

While more than half of Chinese voters will still support the opposition, the support rate definitely pales compared to the 80% it secured during GE13. Unable to win the hearts of Malay voters and the outflow of Chinese votes may put the Selangor state administration in a very precarious position.

Which ways should the opposition parties be headed to after the by-elections? It appears that PAS doesn't look too worried about this but PKR is beginning to get very worried. The existing situation is highly unfavorable to the party.

If PKR is unwilling to sever its ties with PAS, Pakatan is well on the way to a decisive split, because DAP will never want to let the hudud issue to scare away its fundamental Chinese support.

As a matter of fact, it is a little too late to worry about the Malay votes now, as the general elections will not be too far away.

There are several formulas to break through the current doldrums. A merger of the three parties is a feasible solution. Next, it has to focus on the administration in Penang and Selangor with the hope of boosting its image and luring some votes to its side.

If Pakatan leaders do not have a clear direction for the future, the destiny of the country's hard-earned two-party system will as well be put at risk once again.- Sin Chew Daily

My comments :  The DAP did field a Malay candidate in Teluk Intan. But the Chinese vote went to the Chinese candidate from the BN. The solution : Perhaps the DAP should get progressive Chinese Muslim candidates with good Chinese and Muslim acceptability. Just a thought.

If 80% of Chinese did support the Opposition in GE13 there is no reason to believe they will not do so again in GE14.

Just like Khairy Jamaluddin who does not have any grand plan other than for himself. The Malaysian football team is now ranked 195th? After losing to 194th ranked Papua New Guinea? Arent there only about 196 countries registered with the Registrar of Countries in the world?

The DAP must ponder that even in Singapore the Malays (who qualify) are guaranteed free education from primary level all the way to university level. Effort is also made that the Singapore Malays qualify to enjoy good housing. There are no homeless Malays in Singapore. That is part of the PAP's grand plan.

So the DAP does not yet have a grand plan for everyone.

The BN is sick, very, very sick. Diseased beyond cure. They appear formidable like the aliens in the very old Martian movie. No one could stop them until the aliens started dying of oxygen poisoning. The air that was free proved too toxic for the aliens. The fact that Malaysians are free to breathe freely will prove toxic to the BN as well.  The BN can partly rectify the situation quite easily -  by getting rid of the leader and the crooks. Its as simple as that. But they will not do it. As the leader has said, 'Cash is king'. Their disease is entering terminal phase.

The way forward is too simple.

1. It has to be a 'Malaysian Malaysia'. That means the Special Rights, Privileges etc of the Malays, the native peoples etc must be upheld. There are no two ways about that. Otherwise you will not have a Malaysian Malaysia.

2. There has to be very rapid, modern and scientific advancement of the people and development of the economy.  The stealing has to stop. Both the overt stealing by putting money directly into their private bank accounts and the covert stealing through all the failed and quite useless "economic policies".  The quotas, the licensing, the APs, the monopolies, the oligarchies are making the few become even more stupid and the majority to become poor.

4. The entire country must become secular. The State should never get involved in religion. Religion should also pay tax - not collect tax.    All the religious penal enactments should be abolished. Religious enforcement of any kind should be made ultra vires the Constitution.  Since religion is sectarian it means you answer to your own imaginations.  So it is best that religion stays inside your own imagination.

These are just some actions that we need to take.  If not sooner then later but all these must be done.- syedsoutsidethebox