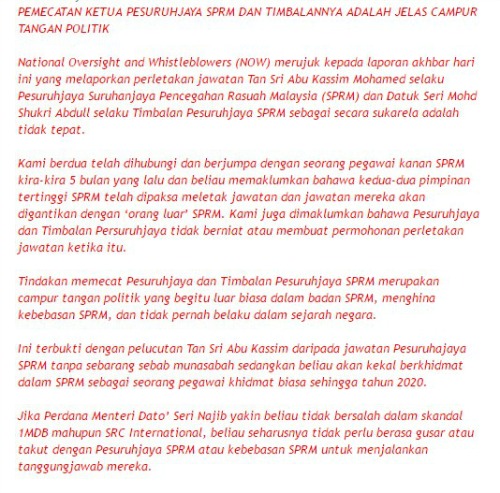 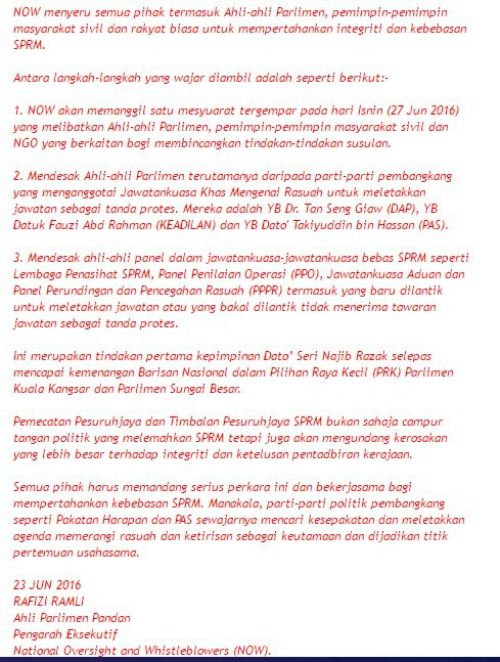 Well, it seems that his tenure is ending in 2016 ! Not 2018 or 2020. I believe the MACC Boss post would be under contract. So this will be a premature termination of contract.

Why would a Civil Servant terminate his contract before it is due? It is certainly NOT a disciplinary action. Neither is it a health issue because Abu Kassim is being transferred out.

It is most likely an "ikut arahan" situation. Rumour has it he is going into academia. It will certainly be less high profile and certainly less "pressure".

My guess is it will be a very obedient civil servant.

It was said that Ghani Patail was very sick. He is still around, practising law.- syedsoutsidethebox

A top Malaysian Anti-Corruption Commission (MACC) official lamented the political polarisation of corruption investigation by both sides of the political divide, which often results in the corrupt being defended and the anti-graft body demonised for trying to do its job.

"In Malaysia if we investigate a politician, the entire party will support the culprit.

"And the culprit becomes (the) hero, while MACC becomes (the) barua (running dog)," said the anti-graft body's deputy chief commissioner (operations) Mohd Shukri Abdull in an official video uploaded by the commission on YouTube.

"When we investigate the individual …. the public should and must support MACC.

"You know why? Because we try to take it out, bring out all this stuff from the party. If you keep it, it is like cancer, it will destroy the party, spoil the party," he opined further.

Shukri, however, said that it was probably good for MACC to be accused of being a government running dog or opposition tool by the respective political sides as it showed that the anti-graft body was really impartial and perform its duty regardless of political lines.

But he added that such rhetoric was not good for Malaysia in its efforts to eradicate corruption.

He pointed out that the MACC has got itself into hot water with political supporters in a number of cases when it investigated Umno, PKR and DAP-linked politicians.

In some instances, it led to supporters even holding street demonstrations.
Shukri said these were one of the challenges that the commission faced in doing its duty to bring the corrupt to justice. - mk 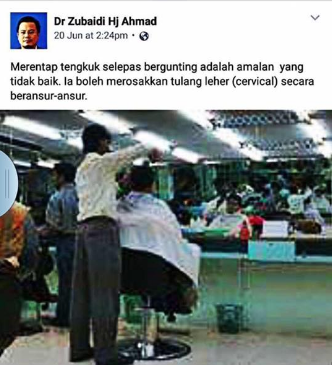 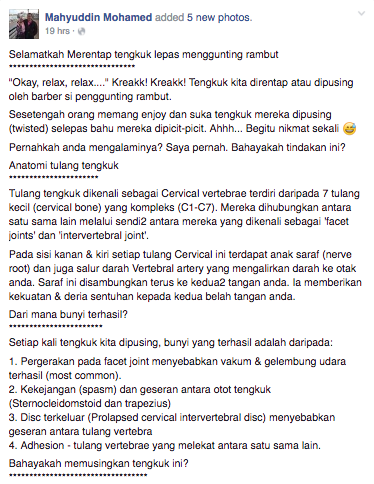 Just  a few days ago Najib said that during the bulan puasa everyone must tell the truth. He was referring to the Media, the blogs etc.  Telling the truth means you cannot hide information. You certainly cannot hide evidence.  This is not just for bulan puasa but must be done everyday of your life.

5. Jho Low did not reply to requests for comment

Folks, do you think these munafikeen care about telling the truth in bulan petik mangga, bulan tanam padi or whatever time of the year it is?  None of them dared to comment. They are all hiding the evidence.

But you refuse to comment.
Malam ini boleh sembahyang terawih lagi ke?
Not bad at all.
Hebat berlakon !!

But what intrigues me is this statement by the source of the leak to Reuters :

"What I can say for sure is that Jho Low is the exclusive beneficial owner of Good Star," the official said.

Who is this "official" who told Reuters  "for sure" that Jho Low is the owner of Good Star?  And obviously this source has also shown Good Star's company registration documents to Reuters.
- registration seen by Reuters

There is no need to identify the official. My point is there are plenty of people willing to risk their necks to expose the thievery that is going on.

We must thank these officials for taking the risks to expose the truth. Dont worry. The people are definitely with you. Allah is with you too.

Here is the most intriguing statement :

Jho Low's whereabouts could not be determined.

What a terrible fate.  Hiding, running here and there, perpetually looking over his shoulder, dont know who is following you, who is watching you.

More people will be afflicted soon.  You can run but you cannot hide.- syedsoutsidethebox 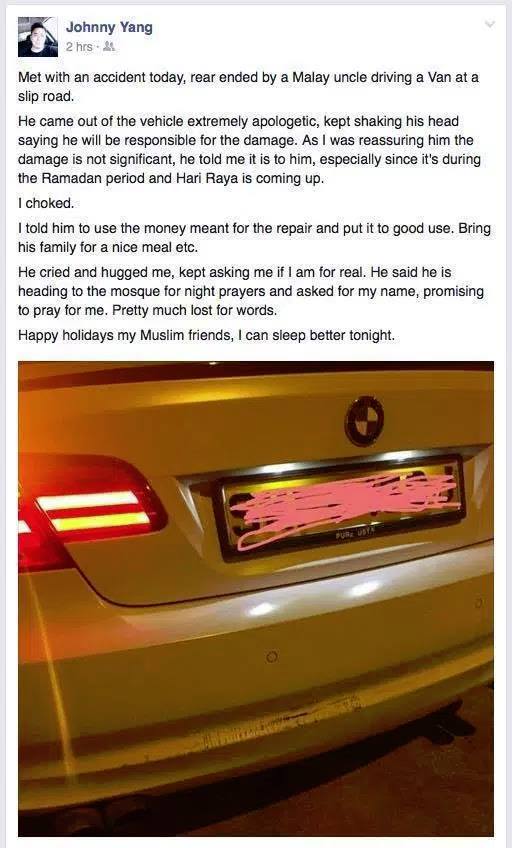 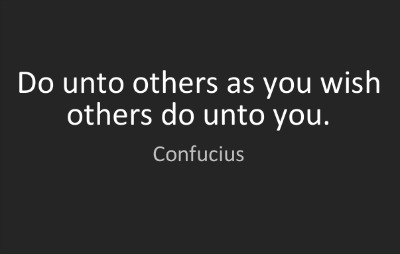