PKR secretary-general Rafizi Ramli is glad that police reports have been filed over his explosive humour concerning an “atomic bomb” for Prime Minister Najib Abdul Razak.

“This is because it provides much needed humour to assist us to cope with the madness in Malaysian politics,” he told Malaysiakini.

On a technical note however, the Pandan lawmaker pointed out that in order to kill someone, one need not construct a complicated explosive device such as an atomic bomb.

“After all we all know that C4 is just enough for the task,” he added.

C-4 plastic explosives became part of the Malaysian vocabulary following the gruesome murder of Mongolian national Altantuya Shaariibuu, who was shot and her remains blown up.

Meanwhile, Rafizi said he told an audience at a ceramah in Kuala Kangsar how Parti Amanah Negara (Amanah) candidate Ahmad Termizi Ramli was often referred to as DAP lackey.

Referring to the DAP logo, the PKR leader said he spoke about how critics claimed that the candidate would “sit on the rocket and go wherever the rocket goes”.

“I said Termizi was even better than the rocket.

“Because he is a nuclear physicist, and when elected to Parliament, the first thing we want him to do is aim an atomic bomb at Najib - better than the rockets aimed at Najib now,” he added.

Jokes aside, Rafizi hoped the police would see the lighter side of his comments and realise that it was a mere figure of speech, and not a real threat to obliterate the prime minister.

“Otherwise the court trial will be the funniest yet,” he said.

This morning, a local resident told reporters that several police reports had been lodged over the PKR leader’s remarks yesterday.

Mohamad Halim Mohamad Ali, 37, said he and three others lodged the reports at various police stations, and more are expected to be filed.

"We want Rafizi to explain what he actually meant when he made that statement," he added, stressing that the opposition leader should not be making such threats.

There are only five days more before the by elections of Kuala Kangsar and Sungai Besar. And there are three weeks more to Hari Raya Aidilfitri.

In yesteryears, it is quite common to hear opposition leaders advising voters to take everything that the Barisan Nasional would endow them with during the campaigning periods of elections, but to make sure that come election day, voters vote the opposition.

Those were days when the opposition were less richer parties and its funding depended fully on their supporters.

At the ceramahs, the opposition leaders would even tell the voters to ensure they asked Barisan Nasional to give more and more, but never to vote those who try to buy their vote.

Today, however, even opposition parties have learned to give handouts to reel in votes for themselves.

While BN is doing the bags of rice, hampers and financial handouts, the opposition parties are handing out bags of rice and vegetables. The BN government even announced a RM43.5 million bridge in Kuala Kangsar constituency and the Prime Minister even told Kuala Kangsar voters in a Manong mosque just to ask what they want and he will help.

Some political leaders, particularly with BN, pretend that they do not know why they are even handing out bags of rice.

On the other side, DAP workers claim the vegetables they are handing out were given by supporters. PKR even had rice bags with blatant pictures of politicians printed on them, that of jailed PKR de-factor leader Datuk Seri Anwar Ibrahim.

And in constituencies such as Kuala Kangsar and Sungai Besar which have Malay majorities, the goodies would definitely have to do with sustaining Ramadan - with generous buka puasa spreads - and preparing for the Hari Raya festivities. The non-Malay voters are equally given these Raya-like goodies to show that the political parties treat everyone ‘equally’, never mind if some of these parties are based on race.

And although for many of the Malay voters, they seek forgiveness from God as they try to keep to their fast, at a time when cost of living is at its one of the highest, there is nothing much one can do but accept the ‘gifts’ and hope it will all be ‘halal and toyyibah’ (clean and pure).

The announcement of the Raya bonus by the Prime Minister is also a much welcome relief, and one must be stupid to think that it has got nothing to do with the by-elections.

The Election Commission has been quiet on these ‘gifts’, just as they have been for all the past elections.

All that said, one does wonder if voters are that cheap, by taking these kinds of goodies, and will they give away their precious vote in return?

Or is life really have become that difficult that no one will refuse anything, even be it a bunch of sawi to listen to the ceramahs?

Politicians from both divides know life definitely is not a bed of roses for voters, and they are throwing peanuts to voters.

This was done in the Sarawak state election, on a bigger scale and BN won, but the voter turnout was only less than 70 percent. Some have even alleged that there was only a 52% turnout but suspiciously jumped to 70 percent in the last couple of hours before voting booths closed.

Thus, if so much more money is being poured by both sides to get the voters, but the amount is much lesser than  Sarawak state election campaigning period’s, would the voter turnout be bigger or poorer than that of Sarawak’s? Or if the voters do turn out in big numbers, would they vote for those who gave them the ‘gifts’, or would they vote according to their conscience?

One can only watch how many millions of ringgit more will be flushed to the voters of Kuala Kangsar and Sungai Besar, and hope - wishful thinking as it may be - that the voters will accept these goodies but not give away their one precious vote to those who bribe.

Voters in Kuala Kangsar and Sungai Besar will vote on June 18. - Zakiah Koya 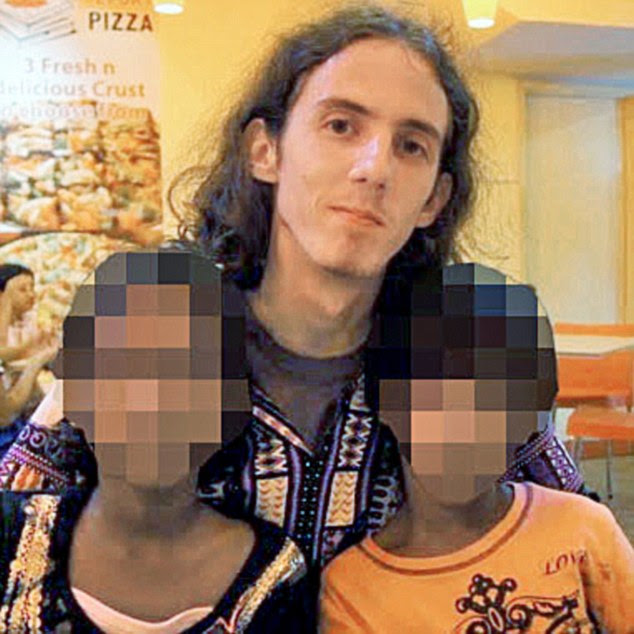 What’s the fuss over Huckle,when over 10,000 men are allowed to have sex with children in Malaysia...

Almost everyone has gone rah-rah on the issue except the stray dogs that bark at every moving object in the neighbourhood. Everyone wants to give their views. The horses may have run away from the stable, but now everyone is rushing in wanting to bolt the door.

The do-gooders want their pound of flesh; the police want to impress that they have done their duties; the politicians want to score brownie points and some self-appointed guardians too want their say without looking at themselves in the mirror.

Even the Wanita MCA weighed in describing its horror that after 23 years in prison, the convict could, at the age of 53, come out of jail and continue to offend.

While addressing the issue of activities of British paedophile Richard Huckle, they have avoided an issue that is closer to home and dear to the hearts of almost every right-thinking Malaysian – child marriages.

The hypocrites who had previously shut their eyes, closed their ears and gagged their mouths when 12-year-olds were seated on the wedding dais have suddenly got into the act for getting that five minutes of fame.

In Malaysia, civil law dictates the legal minimum age for marriage is 18 for both genders, while those under the permissible age need to obtain the approval from the mentri besar or chief minister of the state.

The marriageable age under Islamic laws is 18 for boys and 16 for girls. The syariah court holds the authority to give consent to Muslim girls under 16 who wish to get married. They or their parents can apply at any marriage, divorce and reconciliation counter at their respective state religious departments.

The figures are startling indeed. Many individuals and groups have been raking so much muck over Richard Huckle. However, why are they not making even louder noises on the issue of marriages involving children – some as young as 12?

When it comes to child marriages, our lawmakers and politicians seem to take a different stand. The speeches made by lawmakers on both sides of the divide in Parliament speak volumes of the double standards.

PAS lawmaker Nik Mazian Nik Mohamad argued in Parliament recently that banning child marriages may lead to rampant casual sex involving underage girls. He said it will become a major issue because these "girls have a lust for sex", with no evidence to support his claim. Continue reading here...