After Prime Minister Najib Abdul Razak became the butt of jokes following his kangkung remark, Perkasa warned that vegetable humour could lead to a repeat of the May 13 racial bloodletting.

But now the Malay right-wing movement has become the subject of a parody instead.

In a video(above) posted on YouTube by comedy group popteevee on Jan 15, the name Perkasa was used as an acronym for 'Persatuan Kangkung 1Malaysia'.

The six-minute video featured, among others, an individual with a fake moustache explaining that Perkasa is not an extremist outfit, but a movement dedicated to defending the rights of the kangkung.

“Kangkung is special (istimewa) ...Now there are ‘sayur-sayur pendatang’ (immigrant vegetables) like celery, broccoli and many more...

“How is it that the rights of these (immigrant vegetables) are more important than the rights of the kangkung?” he asked, in an obvious reference to Perkasa’s clarion call to defend Malay special rights.

He also lamented that while the prices of these immigrant vegetables have increased, the price of kangkung, however, has dropped.

“For a long time, we (kangkung) have been sidelined in this country...,” he said.

Pointing that these "salads” have led the kangkung astray, he urged a return to “kangkung belacan”.

The scene ends with the man kissing a bunch of kangkung and proclaiming, “Tak kan kangkung hilang di dunia”, a comical spin of the famous saying by legendary Malacca warrior Hang Tuah that “Tak kan Melayu hilang di dunia” (The Malays will never disappear from the face of the earth).


Other than Perkasa, MCA and MIC were lampooned in the video as well, with MCA standing for 'Malaysian Choi Sam Association' and MIC for 'Machas Institute of Cucumber'.

The spokesperson for MCA complained of how the restaurant is in a poor state since the head chef does not know how to mix the various vegetables.

On the other hand, the MIC duo complain about cucumber being the side dish or garnish.

The video has garnered slightly over 100,000 views since it was released.- malaysiakini 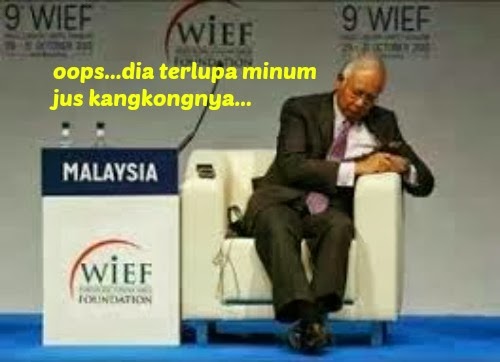