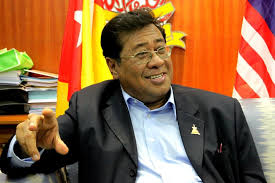 Its DAP and PAS keeping Khalid in office...not PKR or Anwar... The Selangor Menteri Besar Office has denied a report that MB Abdul Khalid Ibrahim has announced his resignation.

His press secretary Arfaeza Aziz told Malaysiakini that the MB is at present chairing a state executive council (exco) retreat.

"This is a wrong report," said Arfaeza, who is at the retreat being held at the Sime Darby Academy.

She was referring to a SMS alert by Sin Chew Daily, which directly quoted Abdul Khalid that he is resigning from his post and would be replaced by PKR deputy president Azmin Ali.

"This is not true, you have to ask Sin Chew why it came out with that version," he said when contacted.

In a text message to Malaysiakini on the matter, state exco Elizabeth Wong said: “Absolute rubbish. I am here at the retreat.

"There was no such announcement. Sin Chew should check with us before running stories from unreliable and unverified sources."

The news was spread by the daily through its SMS news alert service at about 12.52pm, which also claimed that Khalid will likely be replaced by PKR deputy president Azmin Ali.
However, the daily issued another text message to subscribers claiming that: "There are new developments to the Selangor Menteri Besar's resignation, we are trying to obtain the latest on this".
By about 1.39pm, the daily issued a third text message stating: "It is been established that the earlier news alert on Khalid's resignation is untrue. Sin Chew Daily apologises to the menteri besar."

Rumours ahead of party polls

"The central executive committee (MPP) never made a decision to replace Abdul Khalid Ibrahim as Selangor MB as reported in the press," he told reporters at the PKR headquarters.

Saifuddin (left) said that although it was the first time that three or four PKR leaders have made a demand for sacking Abdul Khalid, they did not represent the majority decision.

"The others were silent or asked that the MB continue to be given a chance (to perform)," he said.

“Some voiced out that he can still take advice. If he has weaknesses, we can all help him.”

Saifuddin said the MPP meet on Jan 15 was chaired by Azmin and Abdul Khalid did not attend.

But he clarified that even the handful of Khalid's detractors had not asked for Azmin to become MB instead.

Observers note that these rumours could be related to the coming PKR polls in April.

Saifuddin said the Jan 15 MPP meet had focussed on Selangor issues such as business fee hike, restructuring water assets, swiftlet farming and pay hike for executives. He added that this was the normal agenda as Selangor was the main PKR-ran state.

He said PKR leaders were free to speak their mind at such MPP meets, drawing a comparison to a Parliamentary session where opposition MPs have also urged the prime minister to resign.

However, when asked if it upset PKR to see that not all had closed ranks behind MB Khalid, Saifuddin dismissed this, too. 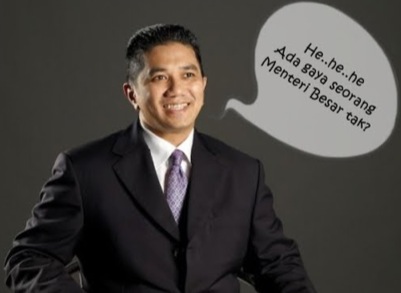 “That is a normal party affair... you cannot satisfy everyone. Humans have different viewpoints, so they want to express it, whether it’s liked or not. PKR is a very democratic party,” Saifuddin said.

He added that the MPP, being the highest decision-making body in the party, was the proper channel for such dissent.

For a change of MB to happen, Saifuddin further noted that not only must the MPP make the proposal but also it must be agreed to by other Pakatan party leaders from DAP and PAS.- malaysiakini