Under-the-trees learning for these Tamil children...

Some 20 students of the Seaport Tamil primary school (SJK Tamil Seaport) are spending their school days this year studying, on their own, under trees on the open ground as their parents demand the re-opening of the Kelana Jaya school that was abruptly shut down late last month.

The parents are refusing to accept the Education Ministry’s relocation order on the 80-year-old Tamil school to a new block in Kampung Lindungan in Subang that has been given the same name, which they say is too far away and inconvenient for them.

"If this school goes, there will be no vernacular Tamil school in Kelana Jaya and Lembah Subang at all," school’s Parents-Teachers Association (PTA) chairperson V Kumar said today.

Rising living costs, Kumar said, would mean that many of the parents, who are low income earners, would not be able to afford the daily 9km journey to send and pick up their children from the new school building.

The parents also pointed to difficulties securing school bus transportation to send their children to the new school.

The ministry had told the parents that the Kelana Jaya land, which belongs to state government body Selangor State Development Authority (PKNS), was been sold to a private developer, but land searches done by the parents reveal that the land is in the name of PKNS.

The disgruntled parents, who have been opposing possible relocation of the school for several years now, want the state government to intervene in order to keep the school at its present site.

The school building has been locked up by the headmistress, leaving parents to leave their children on plastic chairs at an adjacent open ground compound, with no teachers available to teach them.

Kumar said that as the PTA chair, he was only notified of the relocation plan on Nov 9, after a meeting with the state education department officials, during which he registered his opposition to the proposed move.

"Back then they told me that those who wish to stay in that school, this can be arranged for. They said they would write a letter to me," Kumar said.

"But until now, there was no letter. Even the relocation, the headmistress called me abruptly on Dec 19 and just said that they are shifting schools," he added.

The parents have not received any black-and-white confirmation from the ministry about the reasons behind the school relocation either.

PKR's Kelana Jaya MP Wong Chen (right) said that he would assist the residents in getting answers from the Selangor state government after he visited the school today.

"It is not appropriate for the state not to have given any answer to these residents. I think this is a case of miscommunication. It is important to keep the issue alive," Wong said, referring to several signed petitions already sent by the parents to the Selangor Menteri Besar's office back in 2012.

Wong, however, said that he had just been made aware of the issue and would need to establish the full picture before taking further action.- malaysiakini

This past year was one that saw Penang hitting the headlines in more ways than one. From politics to social issues, from the environment to development, 2013 had plenty of surprises, tales and amazing affairs all combined to make it one heck of a year for the Pearl of the Orient. 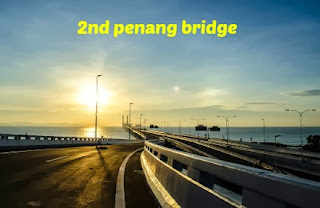 A year-end review in an election year will be incomplete if the political action is left out. Penang felt the heat as Barisan Nasional (BN) clashed with a fledging, albeit fast-maturing, Pakatan Rakyat (PR) for control of the state.

Sore from losing control of one of the most industrialised states in the federation, BN made many promises during its election campaign for the 13th general election, from more affordable housing to a possible return of free port status to Penang, as it tried to regain control of the state.

Organisations aligned to BN, the most prominent being the 1Malaysia Penang Welfare Club, also made their presence felt as free food, drinks and entertainment were provided almost every night at various locations.

The triumvirate of DAP, PAS and PKR were no slouches despite the huge pressure on them and the last-minute bickering for seats which saw a three-cornered fight emerging for a constituency.

The PR alliance drew the crowds with its nightly ceramah where thousands packed fields to hear fiery speeches by its national and local leaders.

When the final votes were tallied, PR again emerged the victor by winning 30 of the 40 state seats, thereby strengthening its hold on the state legislature and showing the nascent cooperation was solidifying into an entity here to stay for the long term.

In June, two infrastructure disasters that struck a week from each other claimed the lives of two men. On June 6, a 30m section of a ramp leading to the then still under construction Second Penang Bridge collapsed burying former policeman Tajuddin Zainal Abidin, who was on his way home to Batu Maung, under the rubble.

On June 13, hawker Lim Chin Aik died after the car he was driving was struck by a 30m tall lighting arrestor which broke off from Menara Umno during a freak storm.

The incidents made newspaper front pages as the state scrambled to ensure buildings in Penang were safe while people tried to make sense of the unprecedented infrastructure failings in the new millennium.

The last time a structure failed was in July 1988 when a section of the Sultan Abdul Halim ferry terminal collapsed, resulting in the deaths of 32 people and injuring 1,634 others. Everyone agrees traffic congestion in Penang is bad. What is not agreed is how to go about solving the problem. For some, improving public transport is the way forward but for the state government, a RM6.3 billion package of three road projects and an undersea tunnel is seen as the answer.

Penang is well known for sun, sand and surf but despite these happy connotations, the state was not spared religious bigotry as a purported Bible burning festival was to be held at Butterworth as a result of the "Allah" controversy.

Perkasa chief Datuk Ibrahim Ali had called for Bibles to be burnt and leaflets were found promoting the event which was to be held on a Sunday in January, a day Christians consider holy.

Thankfully the "festival" turned out to be a damp squib as no one turned up to burn the holy book. There is no doubt that properties in Penang are expensive. The entry cost is high even for the supposedly middle-class. High property prices have been blamed, rightly or wrongly, on speculation activities.

In order to ward off a property bubble and to cool the market, the state introduced new property rules in December.

One of the rules allows property costing RM400,000 and below to only be sold after the fifth year of purchase while extending the moratorium on sale of low-cost and low-medium cost housing to 10 years from five previously.

The other rules include a 3% levy on purchases by foreigners and a 2% levy on the seller of all properties within three years of the date of sale and purchase.

These new measures have not gone down well with some quarters, which questioned the validity and legality of the rules which are alleged to contravene the National Land Code. Others however have lauded the administration for being far-sighted in addressing the housing issue.

Despite the brickbats, Chief Minister Lim Guan Eng has gone on record to say the state is willing to face any legal challenge over the move.

It remains to be seen if anyone is willing to be the first to test the rules' legitimacy. These are just some of the events which made 2013 an eventful one. - theSundaily