Now you can guess who uploaded the sex video.... 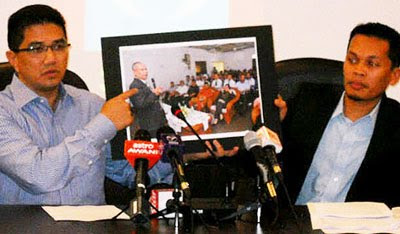 PKR has zeroed in on federal police headquarters Bukit Aman, saying it is involved in a series of talks to spread 'lies' and 'slander' against Opposition Leader Anwar Ibrahim in PAS-led Kelantan.

According to Azmin, the talks - themed 'Seminar Isu-Isu Keselamatan Negara Masa Kini' - were organised in Bachok and three other areas in Kelantan and were directed at school principals and teachers. As many as 2,000 principals and teachers are said to have attended the events, with each school being required to send its principal and eight teachers.

Azmin said one of the main speakers is a police officer with the rank of senior assistant commissioner (SAC). Named as Abdul Rahman Ismail, he is the chief assistant director in the research and secretariat unit in Bukit Aman. 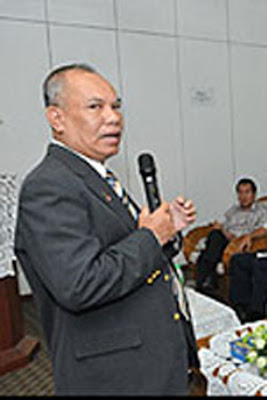 By engaging with the public in such a manner, Azmin said Abdul Rahman had become one of the BN-government's "slander agents to talk about sex and sodomy issues".

"He said Anwar is guilty in the sodomy case and sex video issue," claimed Azmin, who described the alleged police involvement in the talks as an abuse of the police force by Umno.

"Why is a senior police involved in giving a political speech which repeats Umno propaganda?" 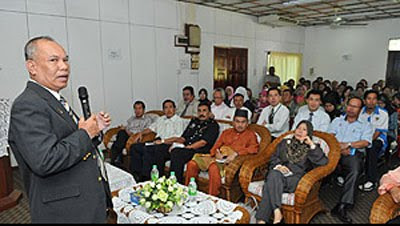 To substantiate his claim Azmin showed the programme schedule and photos of the talk held in Bachok.

According to the schedule, the talk was organised by the Bachok district education office and officiated by Deputy Finance Minister Awang Adek Hussain. 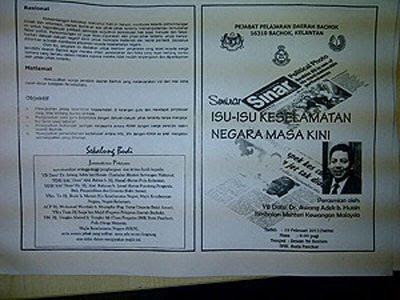 It says the talk is intended to give the "correct explanation" on current issues to teachers, so that they will not be influenced or misled by certain parties.

"How can the police conduct a transparent and professional investigation into (the sodomy case), sex video and Altantuya (Shaariibuu) murder, if a high-ranked (police) officer is involved in this propaganda agenda?"

"What (assurance can) the IGP and newly-appointed deputy IGP Khalid Abu Bakar (give) that the police will become a highly-regarded institution to safeguard national security?"

M'sia1st comments...I'm asking all wise Malaysians, under which law Anwar could be prosecuted in relation to the video? NO. No Malaysian civil or criminal law able to do it, unless you refer it to Syariah Law.

If that is the case, then its pretty certain that the power-that-be is involved and regrettably police force has been, as usual, used as the tool to smear and character-assassinate Anwar. Najib shall be remembered by generations to come for this video episode.