Poor rice farmers to get RM60m...
Prime Minister Anwar Ibrahim has put the spotlight on the rice monopoly enjoyed by Bernas Bhd, controlled by billionaire tycoon Syed Mokhtar Albukhary (below). At a press conference this afternoon, Anwar said he had spoken to Syed Mokhtar “and he had been reprimanded because he monopolises rice imports”.
Anwar said Syed Mokhtar had agreed to allocate funds for poor local farmers. “I urged him to do something immediately. He will allocate RM10 million to the farmers this month, and RM50 million by Bernas next year,” Anwar said.
“To be fair, the approved permit for import is not a concession and was not awarded to him but to Bernas (Padiberas Nasional Bhd), which was then owned by Tan Sri Tan Boon Seng and (Datuk Seri) Shahidan Kassim,” he said, Bernama reported. 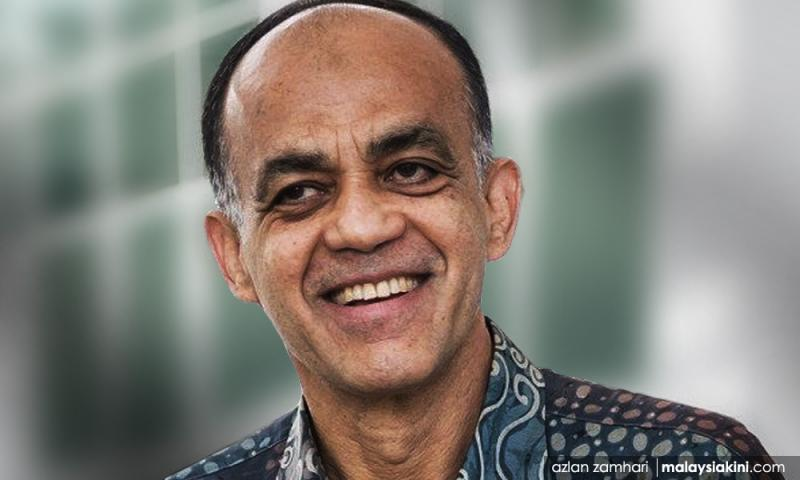 Anwar said Syed Mokhtar had bought 31% of the company’s shares from Tan for about RM800 million and Shahidan’s stakes at RM400 million.
The prime minister said his government would not allow political figures to easily gain wealth and “suck the blood” of poor rice farmers, Bernama reported.
On the government’s policies, Anwar said all the good policies of the previous government will continue, including the transparent contract system. 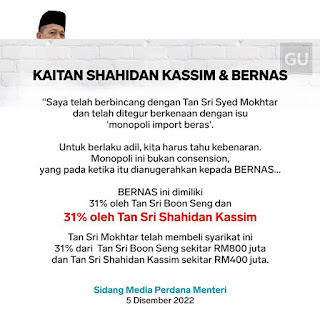 “Good policies, transparent contacts, we will have no problem with that. This is not a new government, this is a government that continues the system, but we are firm in making changes, and tenders or projects which do not follow procedures, we should re-examine,” he said.
Bernas is reported to control 30.6% of the local rice market and also imports rice from Thailand and Myanmar to meet local demand. The company is 92% controlled by Syed Mokhtar through four private companies.

The company was originally the National Padi and Rice Board which was corporatised and privatised in the 1990s. - FMT
PM Anwar’s new cabinet got down to work. Flanked by two DPMs, can he keep his nascent unity government together? CNA understands all partners must sign a coalition agreement, the final draft is almost ready. Anwar hopes to seal the deal before Dec 19...- MelGoh Rafizi breaks silence on unity govt,
calls GE15 results a “blessing in disguise”...
PKR deputy president Rafizi Ramli has called the results of the 15th general election (GE15) is a “blessing in disguise” as it had forced all political parties who were once rivals to sit down at the same table and prioritise the rakyat ahead of their own personal disputes.
Breaking his silence on the unity government for the first time, Rafizi called the results of the GE15 “unique” insofar that no single coalition had managed to secure the minimum 112 majority in the Dewan Rakyat, which had resulted in a hung Parliament for the first time in Malaysian history.
“The political impasse could only be resolved when the Yang di-Pertuan Agong Al-Sultan Abdullah Ri’ayatuddin Al-Mustafa Billah Shah had decreed for Barisan Nasional (BN) to form a unity government with Pakatan Harapan (PH),” he said in a video on TikTok yesterday (Dec 4).
“At the same time, Perikatan Nasional (PN) had rejected any form of cooperation of PH [with PN chairman Tan Sri Muhyiddin Yassin signing a document and stating that the coalition did not agree to work with PH.”
Rafizi further claimed that PN had acted “dishonestly” when it claimed to have the majority to form the federal government, adding that it was a “replay” of the Sheraton Move.
According to Rafizi, PN’s failure to “steal” MPs from other parties had led to plenty of dissatisfaction, which had then led to some derogatory name-calling from the coalition which he said is expected to continue “for the next few weeks”.
He said those who were unhappy with the formation of Datuk Seri Anwar Ibrahim’s unity government should ask Muhyiddin and PAS president Tan Sri Abdul Hadi Awang about the decision to turn down the Agong’s proposal to form a unity government with PH.
“Isn’t the act of turning down the Agong’s proposal going against what PN has been campaigning, in wanting to safeguard the Malays and their institutions?” he questioned. “Doesn’t Muhyiddin realise that if he continued to play the game like he did in the Sheraton Move, he may well become the shortest-serving prime minister?” he said. - focusmalaysia 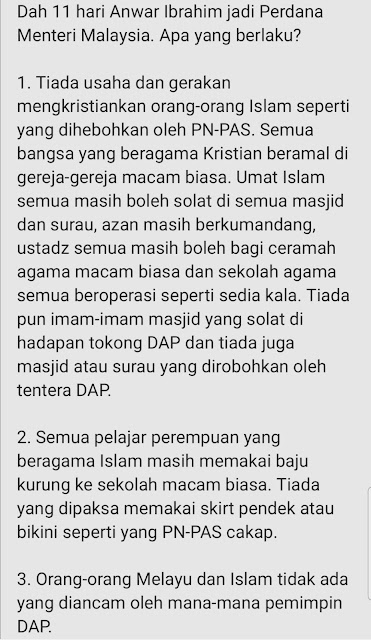 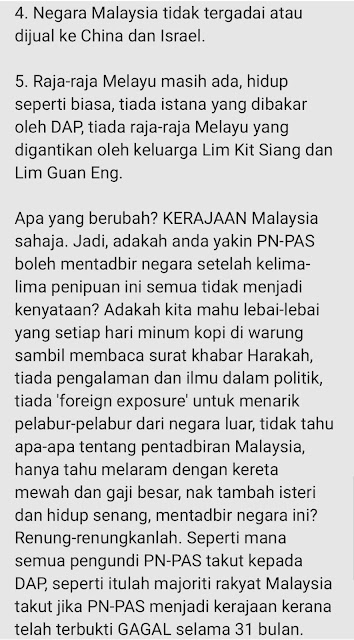 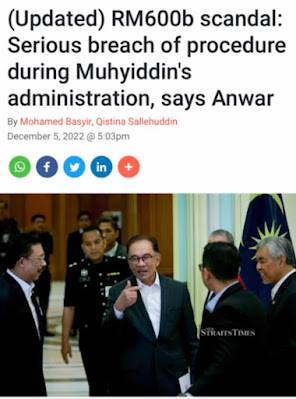 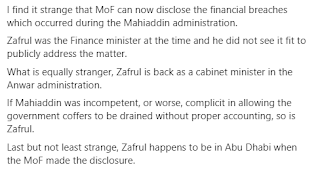 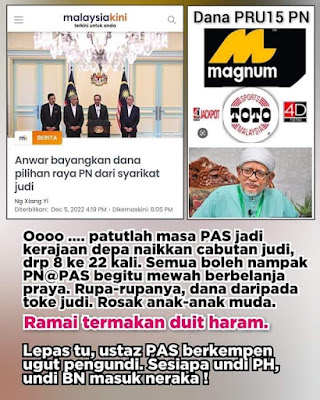