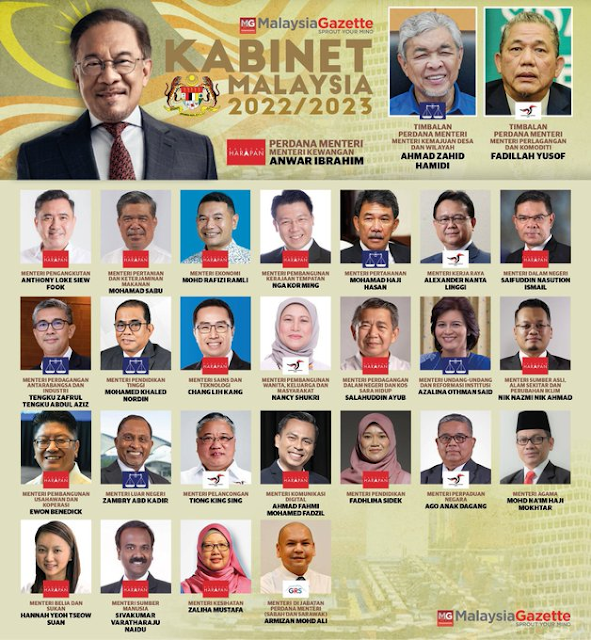 Why did Anwar make
Zahid DPM despite court case?...
Umno president Datuk Seri Ahmad Zahid Hamidi’s controversial appointment as a deputy prime minister (DPM) was necessary to give the Anwar administration time to steady itself, according to political experts.
Prior to his announcement yesterday, civil society groups had urged Prime Minister Datuk Seri Anwar Ibrahim not to include politicians with ongoing criminal cases in his Cabinet, which included Ahmad Zahid who is on trial over 47 charges of abuse, corruption, and money laundering. Senior fellow at the Singapore Institute of International Affairs Oh Ei Sun said the move, while unpopular, should give Umno the motivation to keep supporting Anwar for now.
“In the short run yes, as that would prevent Umno from defecting. (Anwar’s) priority now is for his government’s survival. “So, appointing Zahid as DPM hopefully can prolong it (the survival of the government),” Oh told Malay Mail when contacted.
After the 15th general election, Ahmad Zahid, who is also the Barisan Nasional (BN) chairman, unexpectedly declared his coalition’s support for Anwar to be prime minister when the latter had been in a race with PN’s Tan Sri Muhyiddin Yassin.
Ahmad Zahid’s move came at some risk to himself as the previous rivalry between Pakatan Harapan (PH) and BN meant some among the latter’s leaders rejected the sudden alliance, including Datuk Seri Hishammuddin Hussein and former prime minister Datuk Seri Ismail Sabri Yaakob. Despite a feared mutiny, Ahmad Zahid was eventually able to unite his Umno and BN fully behind Anwar, leading others such as Gabungan Parti Sarawak to then fall in line.
When asked if the appointment would affect the credibility of Anwar’s government — particularly as he went to lengths insisting “no corruption” to be one of the requirements to cooperate with PH — Oh said the government’s survival had to come before its character.
“Credibility is medium to long-term characteristic; survival is short-term priority. “Wait until those court cases go to court,” Oh said, adding that the national unity government was just clinging on day by day. 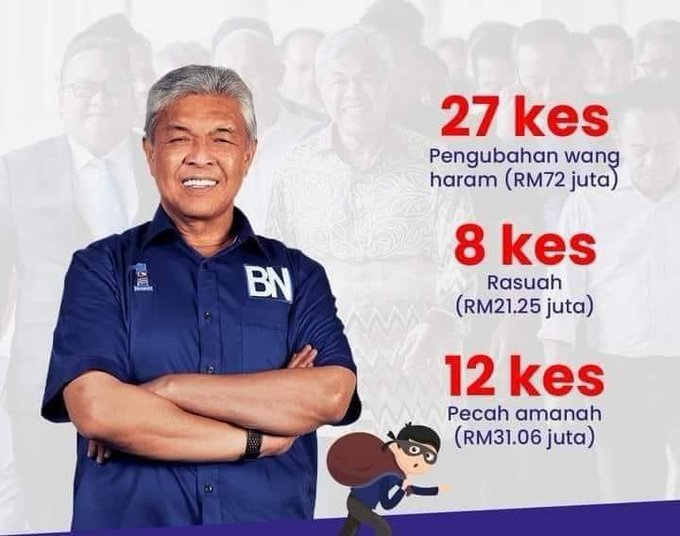 TPM1 masih terikat dgn kes2 mahkamah...
Echoing Oh’s views, Senior Fellow at Nusantara Academy for Strategic Research Azmi Hassan said the appointment of both Ahmad Zahid and Datuk Seri Fadillah Yusof as DPMs were necessary concessions to BN and GPS for their support. “The only factor why Zahid or Fadillah was chosen (as DPM) is because of political factors and to stabilise the government in the peninsula next, after Pakatan Harapan and Barisan Nasional is the most influential in terms of number of MPs.
“The second DPM post, as expected, is given to GPS. It’s just that the political factor to show that Putrajaya is concerned about the development of Borneo,” said Azmi when contacted by Malay Mail.
He added that it was no surprise that Ahmad Zahid was made a DPM as the latter was the most senior leader in BN, while his deputy Datuk Seri Mohamad Hasan was named the defence minister. “Just put aside the court case he’s facing right now, as Anwar said he will consider all are innocent under proven otherwise. “The political factor plays a very critical role in the appointment of Zahid as DPM,” he said.
Expanding on Anwar’s insistence on the presumption of innocence, University of Malaya Centre for Democracy and Elections (UMcedel) sociopolitical analyst Associate Professor Awang Azman Awang Pawi said Malaysia observed the rule of law.
“The concept of innocent until proven guilty is in line with our country’s laws and the Federal Constitution. “It is not like China, where they practise guilty until proven otherwise. This concept used in China was the reason why the Opium Wars was triggered. “So, let the court decide,” said Awang Azman when contacted.- MM 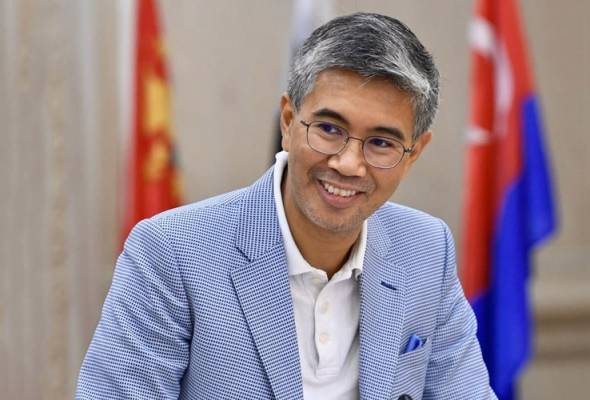 Netizens berate “why la Anwar
kasi chance sama Tengku Zafrul”...
Yesterday (Dec 2), netizens were left speechless over rife speculation that Tengku Datuk Seri Zafrul Abdu1 Aziz was seeking a return as Finance Minister in Prime Minister’s Datuk Seri Anwar Ibrahim’s unity government. That didn’t happen – thankfully – yet they are now ranting at his fresh appointment as a Senator and the very fact that he is assuming the portfolio of International Trade and Industry Minister.
They are not hiding their dissatisfaction and dismay at the same time that the technocrat-turned- politician was defeated fair and square in the 15th General Election (GE15) on Nov 19 by former Health Minister Datuk Seri Dr Dzulkefly Ahmad – who in a twist – did not make it into the Anwar’s Cabinet list.
Expressing shock and dismay at Tengku Zafrul’s new position, they generally perceived him as an underperforming finance minister during both the administrations of Tan Sri Muhyiddin Yassin and subsequently in the government of Datuk Seri Ismail Sabri Yaakob. Many are lamenting how come Dr Dzulkefly who should rightfully be holding that position – even though the health portfolio suits him best given his stature as a renowned global toxicologist – did not even land any ministerial post. 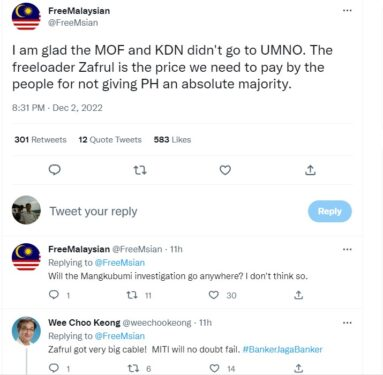 However, netizens are not blaming Anwar directly knowing jolly well that his hands are tied having to deal with the task of forming an unprecedented unity government while doing his utmost best to satisfy the four core coalition members, namely Pakatan Harapan (PH), Barisan Nasional (BN), Gabungan Parti Sarawak (GPS) and Gabungan Rakyat Sabah (GRS).
Still, the general feel is that some of his choices of ministers left much to be desired. At least, some Twitter users justified that it would not be fair to pin the blame squarely on PH as the coalition failed to win GE15 with a big majority. They blamed the voters for not choosing their future leaders wisely. 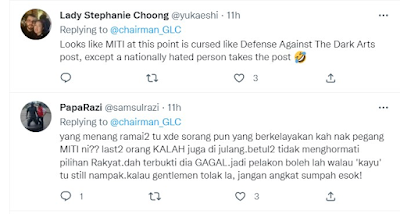 Yet others claimed that Tengku Zafrul only secured his ministerial post based on connections instead of hard-earned merit. More of the darndest comments from across the cyberspace: – FocusMalaysia 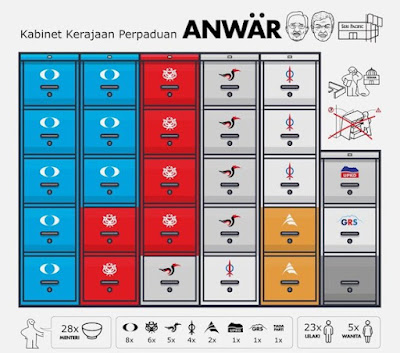 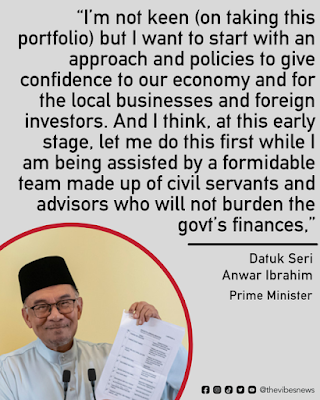 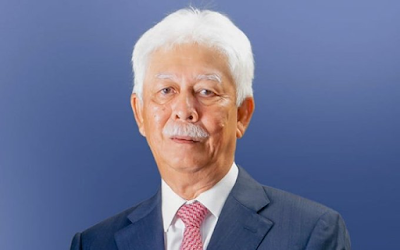 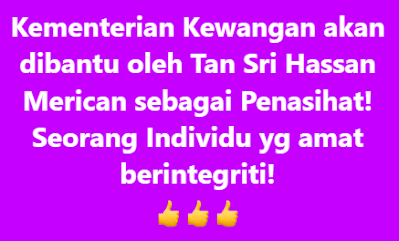 Who is Tan Sri Hassan Merican? SINI and SINI... 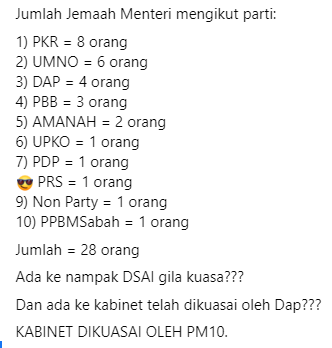 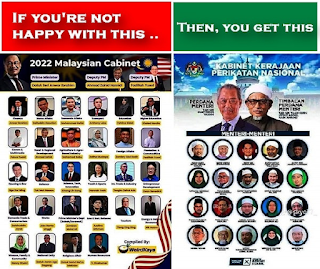