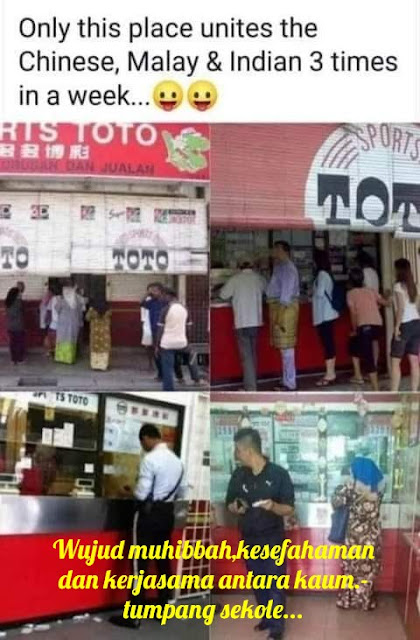 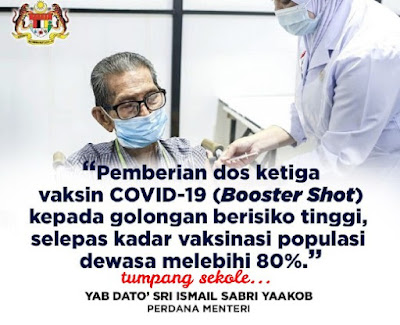 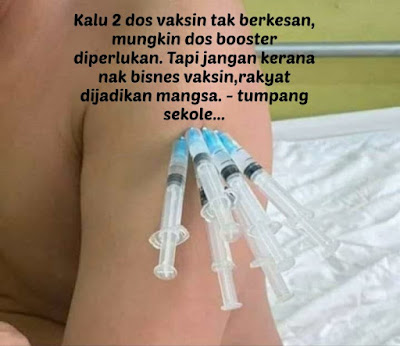 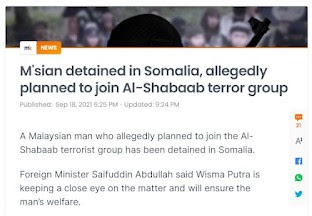 A dunggu terrorist from Malaysia went to Somalia to join the Al-Shabab terrorists. He has been arrested by Somalia. Then our Foreign Minister says Wisma Putra is keeping a close eye on the matter and will ensure the man's welfare??
Hello Pudin, that fellow is a terrorist lah. That fellow wants to kill and murder people in other peoples' countries. He deserves to be arrested and thrown into jail.
Why should Wisma Putra waste our taxpayers money to "ensure the man's welfare"?  Kau orang tak ada kerja lain ke bro?
What welfare are you talking about? The fellow went there to kill human beings. Please engage brain bro. - Syed Akbar Ali 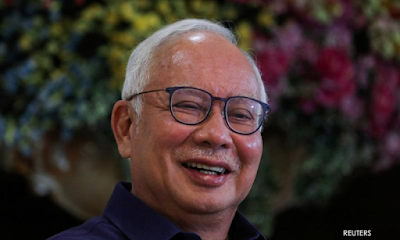 Najib hints at re-election bid
despite graft conviction...
Former Prime Minister Najib Razak has not ruled out seeking re-election to Parliament within the next two years, he told Reuters in an interview, undeterred by a corruption conviction that would block him from running.
Najib’s graft-tainted party, Umno, clinched the premiership last month after it was ousted from power three years ago over a multi-billion-dollar scandal. Opponents had expressed fears that party leaders facing charges could secure leniency once back in control.
Najib, who served as premier for nine years until 2018, was found guilty of corruption last year and sentenced to 12 years in jail over one of many cases over the misappropriation of funds from now-defunct state fund 1MDB. He has denied wrongdoing and has appealed the verdict.
He is still a member of Parliament but the constitution bars him from contesting elections unless he gets a pardon or a reprieve from the country’s monarch.
But speaking to Reuters on Saturday, Najib challenged his disqualification saying: “It is subject to interpretation.” “It depends on interpretation in terms of the law, the constitution and whatever happens in court proceedings,” Najib said.
Asked if he would contest the next elections due by 2023, he said: “Any politician who would want to play a role would want a seat in Parliament.” - Reuters
So the return of Najib means the return of 1MDB version 2.0? Land of endless possibilities. We are a land of forgiving. We will forgive the thieves and the t@rrorists, especially those from Somalia and Afghanistan. Wow! sounds good. By the way, 'apa nak malukan'? - apa nama
It says a lot about how dysfunctional and corrupt the system is, if he is allowed to run. If he is allowed to run and he is re-elected, it would be a very poor reflection of the Malay maruah and psyche. It may also be the tipping point of no return to any semblance of normality for the country. - PoorCitizen
The sad truth is that Najib has a very good chance of winning his seat. This is the reality on the ground as his constituents are not bothered by the corruption conviction and his spouse's excesses. The rakyat have no moral compass in most cases. Throw them crumbs and they will vote for you. Sad but true. - DrPK 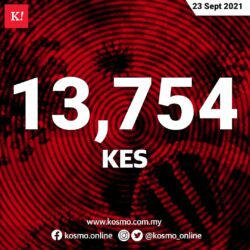