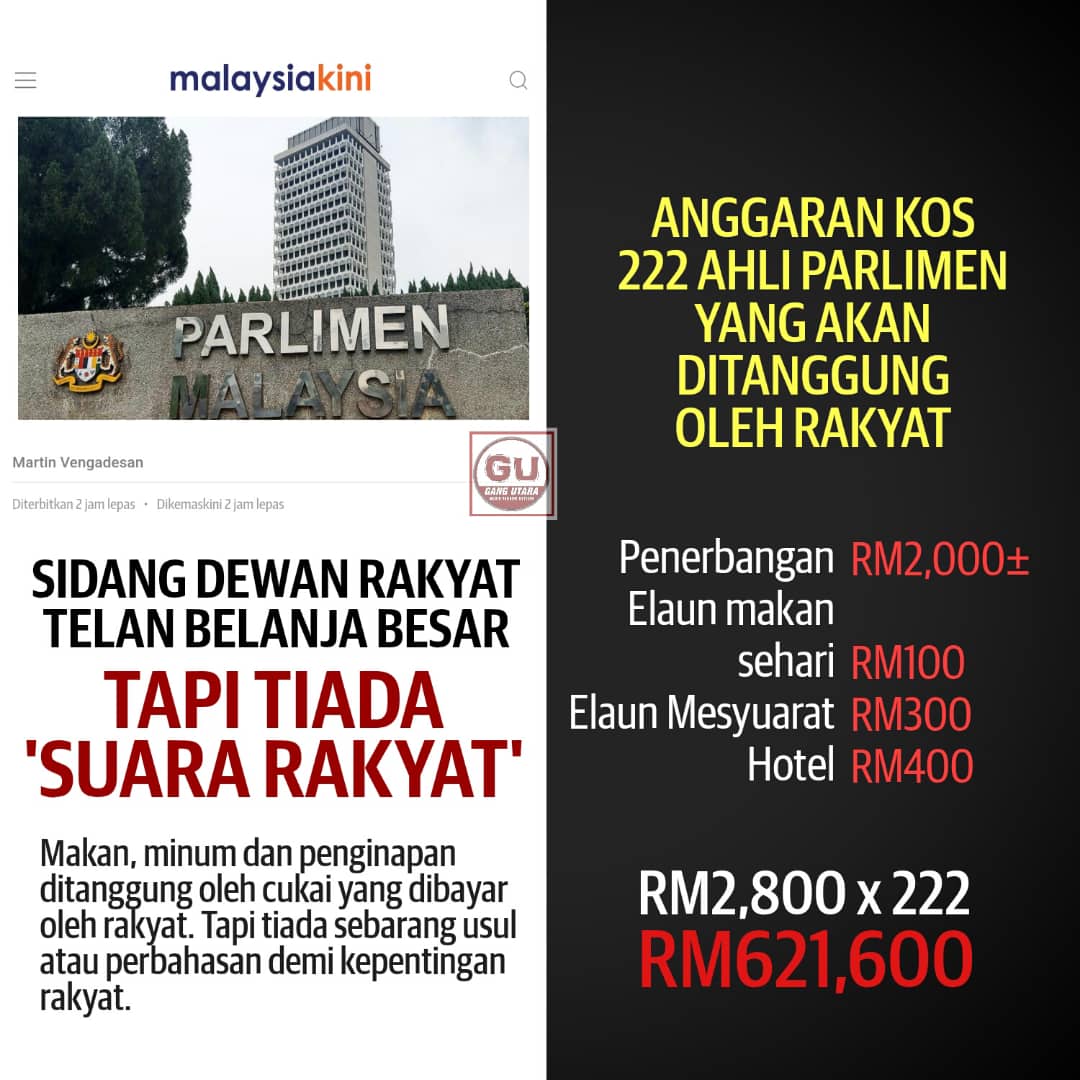 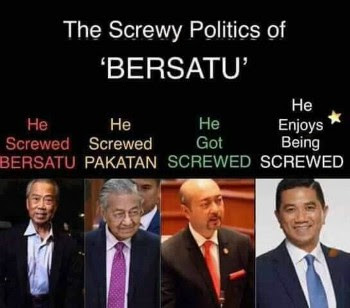 What has happened to Bersatu's
original objective to replace UMNO...

Bersatu had entered the political battlefield in the GE14 (2018) as a component party of Pakatan Harapan (PH) to contest in 52 seats in the Peninsula using the Parti Keadilan Rakyat (PKR) logo.

In general, Bersatu was tasked to contest in UMNO constituencies, in line with Bersatu’s principle of existence (raison d'etre) and foundation as a party of bumiputera Malays, as well as the alternative, the challenger and the replacement of the damaged UMNO in the country's new political landscape.

As a new party, a new political brand which (through borrowing and riding on its political allies’ brands, symbols and platforms) had entered the electoral field for the first time, without a basic voter track record, it is important for us to see and understand the profile of the typical Bersatu voters.

This generally means that, for every 100 voters who voted Bersatu, 57 were Malays, 37 were Chinese and 6 were Indian and Others. If we scrutinise this further, we can identify the profile of the voters based on the party they had voted for in the past. That would be the origin of the Bersatu voters. 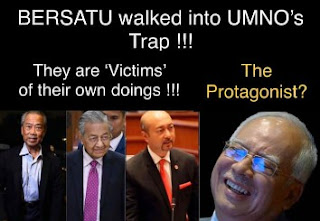 The overwhelming majority of votes garnered by Bersatu came from 3 important sources, the original Pakatan Rakyat (PR) voters (excluding PAS voters), and the rest were UMNO-BN voters who had decided that they wished for a better country. By logic, in the last GE13, all the voters (except for some who had voted in favour of Berjasa or Bebas) who rejected BN (and UMNO)) had voted for PR.

We must remember that, in GE13, PAS was in the PR coalition, so in GE14, PAS's staunch voters would still vote for PAS in GE14. Logically, with the three-way battle, a number of PR votes were taken away to be in PAS’s favour.

In conclusion, out of 100 Bersatu voters, 54 of them were the original existing voters of PR and 7 of them were first-time voters, and the remaining 39 were UMNO-BN voters (the majority were Malay UMNO voters, with the exception in Simpang Renggam, Tg. Piai and Elephant Alor Gajah). This ratio demonstrates that 35% of Bersatu voters in the last GE14 were originally BN voters in GE13.

As for the rest, 54 voters were original PR supporters, of whom 30 were Malays, who highly likely already have their own party of choice before Bersatu came into being, and therefore would remain with that party, in any given situation. Bersatu's real challenge is how to retain the 39 former BN voters. It is these people whom Bersatu should build upon and expand.

However, this would generally depend on the ‘mood’ of the voters. The existence of Bersatu, being a new party, is essentially to become the alternative replacement to UMNO by offering more transparent and clean Malay political culture.

We can reflect on the 'mood' of the electorate by observing the Semenyih and Tg Piai by-elections. Semenyih and Tg. Piai are two typical examples of BN traditional seats (UMNO in Semenyih, MCA in Tg. Piai) which were seized by Bersatu in the GE14.

As mentioned above, the seat was won by a factor of 35% from the GE13 BN voters who had decided for a change and voted Bersatu instead. However, it is evident from these by-elections that BN had successfully recaptured the two seats and we witnessed the severe defeat of Bersatu due to various reasons. And as we all are aware, the main reason for this is that UMNO-BN voters have returned to their original party. Bersatu was only getting the votes from existing PR voters there.

In summary, Bersatu which was initially established as an alternative party to UMNO had failed to retain its position and was not able to compete with UMNO-BN in their traditional strongholds. Bersatu had existed (and won) because UMNO had faced a crisis of deficit in confidence amongst the Malays. However, if UMNO rises once again, and UMNO-BN voters start to turn back to their traditional party, then Bersatu will be in big trouble.

This problem is further evident through the failure of Bersatu in increasing its membership and divisions after winning the GE14. In Semenyih, Bersatu has only one division, while in Tg. Piai Bersatu has only 5 divisions compared to UMNO. How can Bersatu as a Malay party survive without membership at the grassroots level?

One thing that needs to be recognised and understood, any Malay party that wishes to remain in the local political scene needs to have substantial membership at the grassroot level. The very basis of Malay politics is politics based on grassroot support and membership. That is the secret behind UMNO’s and PAS's strength.

And, the sooner UMNO-BN rises, the more it will rebuild its strengths and regain the confidence of its traditional voters; which translates into more trouble for Bersatu, and would even spell the doom for Bersatu.

In fact, we must admit that those who had voted for Bersatu were clear in their desire to see the new Malay political culture which promises more transparency and integrity. Now, we fear their regret because in the end Bersatu is, without much guilt or remorse, conspiring with the faction that they had earlier voted against and brought down.

Looking at the current situation, having commanded the dominant presence in the federal government under the unofficial coalition called Perikatan Nasional, as well as receiving the gifts of two states with Menteri Besars who are its party members (Johor and Melaka), and as a state which is dominated by them (Perak), plus the share of holding the nation's leading GLCs; UMNO now appears to be a phoenix rising from the ashes. Not only this serves as a lifeline, it is a re-energisation of UMNO at the highest level.

In this state of affairs, as we move towards GE15, Bersatu seems to be presenting their necks to be slaughtered by UMNO. Expecting UMNO to compromise by maintaining the status quo of the existing Bersatu seats would essentially mean Bersatu is giving way to UMNO to return to power and ultimately appoint Zahid Hamidi as the 9th PM based on their current composition of seats.

In both scenarios, maintaining the status quo would mean a loss to Bersatu in the next GE15! To the members and leaders of Bersatu, for the love of this sacred party, I call upon all of you to look beyond this moment and see the bigger picture of the future, not just for the personal gain of today! - Dr Maszlee Malik 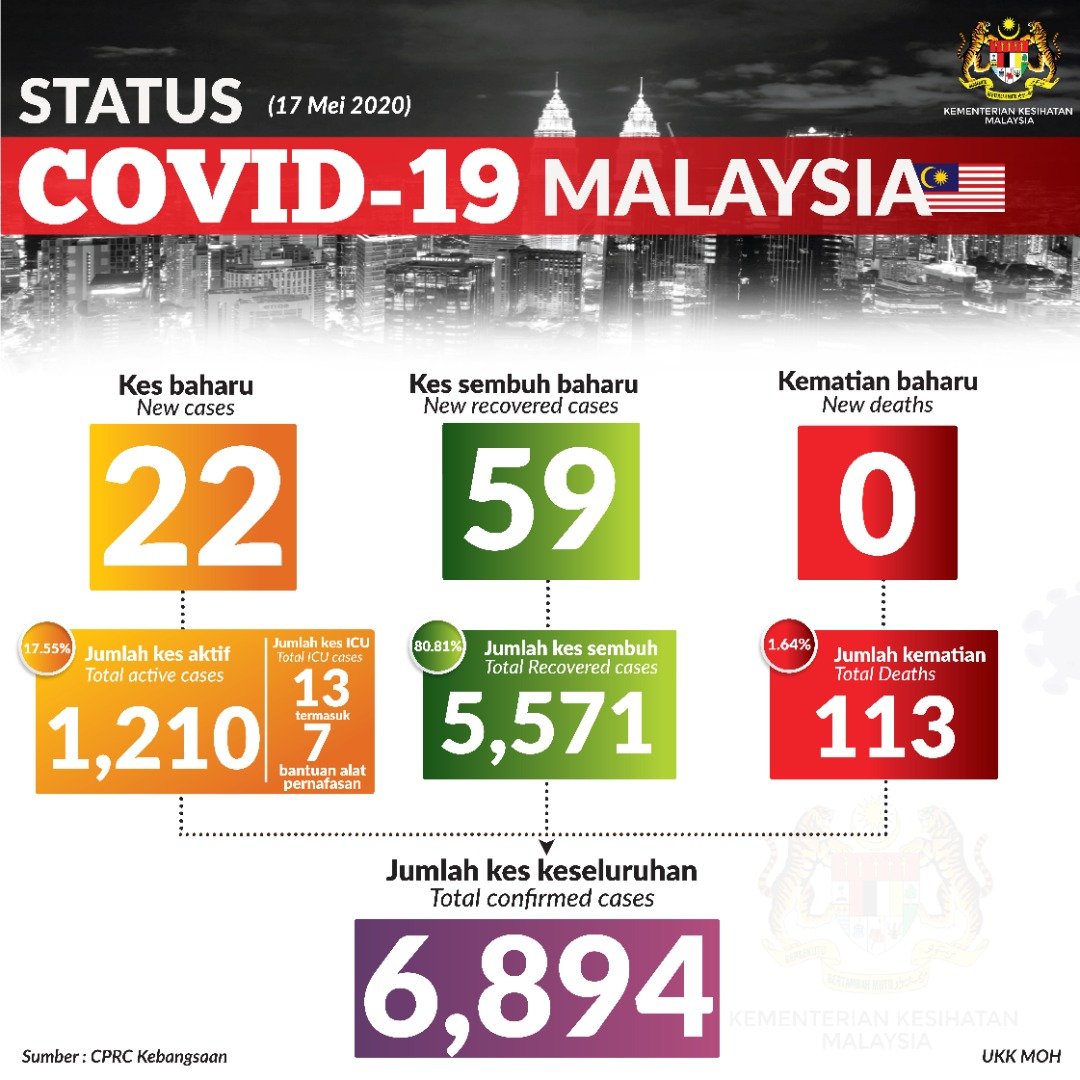