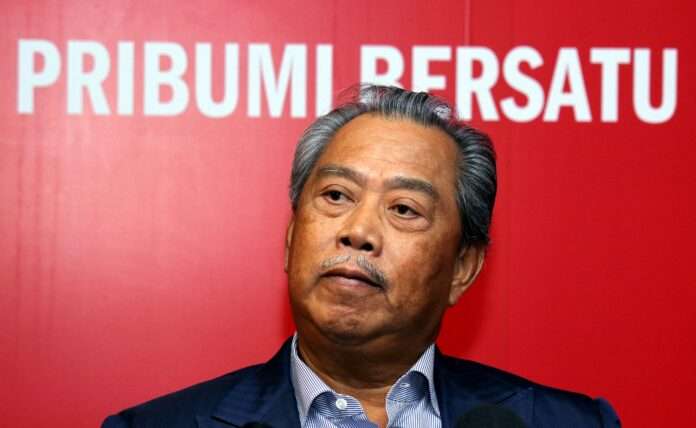 DAP never failed you each time
you asked for help, Muhyiddin...

At Sheraton Hotel in the early hours of May 10, 2018, the mild-mannered Muhyiddin Yassin pulled me and Lim Kit Siang aside to ask the DAP to support a Bersatu candidate for the post of Johor menteri besar. He needed the favour to acknowledge his contribution in swinging the state votes to Pakatan Harapan.

Despite the DAP winning the largest number of seats, 14 in total, compared to Amanah with 9, Bersatu 8 and PKR 5 in the state assembly, the DAP was not claiming the post of menteri besar. Kit Siang was open for discussion.

After DAP secretary-general Lim Guan Eng consulted Amanah president Mohamad Sabu, the DAP agreed to support Muhyiddin’s nominee for menteri besar. On May 11, 2018, the sultan of Johor sent an aircraft to pick up Muhyiddin from Kuala Lumpur. I tagged along. It was my first-ever experience on a private jet.

Three months earlier, on February 8, 2018, Muhyiddin and I travelled together on a Malindo low-cost flight after a Harapan Johor meeting. He told me that when he was deputy prime minister, he had travelled on a government jet dedicated to him.

As an opposition leader without any privileges, Muhyiddin said he felt good that people appreciated our struggle. When he was in Barisan Nasional, he had not experienced random public member paying for his meals at coffee shops or warung just to show support. The public enthusiasm was very encouraging.

On that May 2018 flight, Muhyiddin’s aide told me this was the team’s first experience in a private jet since their boss was sacked as DPM in July 2015. They felt great about GE14 because we created history by doing the right thing for the nation, albeit Muhyiddin’s personal sufferings between 2015 and 2018.

The next day, on May 12, 2018, Harapan decided Muhyiddin as home minister, Mohamad as defence minister, and Guan Eng as finance minister. And the next day on May 13, I was at Muhyiddin’s house, just me and him. He was feeling dejected. He told me he wanted to resign from all positions the night before because his request to be appointed as finance minister was turned down by Dr Mahathir Mohamad. He was persuaded to stay on. 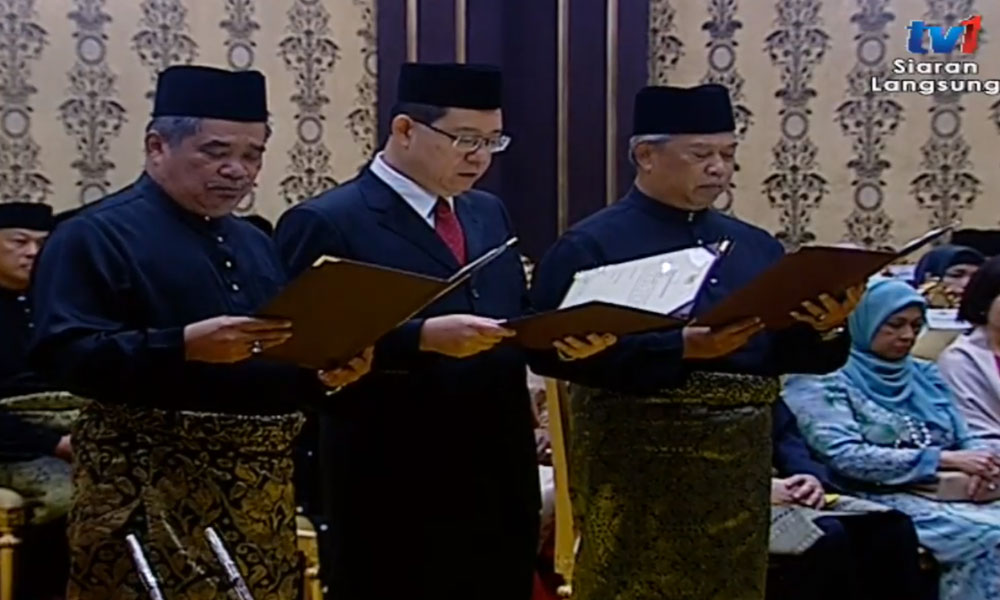 He also told me that in 1995, being the Umno vice-president with the highest votes and after serving as Johor menteri besar for nine years, he moved to the federal government expecting to hold a senior economic portfolio. But Mahathir as the then PM, only appointed him to the most junior position of youth and sports minister. He informed me that Anwar Ibrahim told him to be patient and wait for 1998, hinting that Muhyiddin would be his choice of deputy prime minister.

In deep reflection during that tranquil morning, Muhyiddin said to me that after more than 20 years, after he had served as deputy prime minister for six years (2009 to 2015), was he still going to serve as Anwar’s deputy should the transition of power between Mahathir and Anwar were to happen? Between us, there was no answer.

Muhyiddin was diagnosed with cancer in July 2018. I visited him twice at Mount Elizabeth Hospital, Singapore. Once by myself and the second time I accompanied Guan Eng. I considered Muhyiddin an elderly friend and was really worried about his health. In the months after his gradual recovery, in many of our meetings, he confided to me that he was thinking of calling it quits. The illness changed his perspective on life.

On April 24, 2019, after Muhyiddin and Mahathir clashed on the choice of Mazlan Bujang as Johor Bersatu chief, I was with him at his Home Ministry office. He told me he was thinking of throwing in the towel as Mahathir wouldn’t listen to his views even though Johor was his home state.

Muhyiddin was the chairperson of the Harapan Johor council. He was upset but would still sign Mazlan’s appointment letter. He told me that Bersatu’s constitution dictated that as president he had to consult and accept the decisions of his chairperson, Mahathir. In the subsequent meetings over the next several months, he repeatedly told me that he was still bitter with the Bersatu chairperson over the choice of Mazlan.

On June 6, 2019, Muhyiddin told me he has mostly recovered from his illness. His doctor who sat with us at the open house of Muhyiddin’s son also said he was recovering very well. I was relieved to hear the good news.

Fast forward to October 2019. The attempted national political coup put together by the troika of Azmin Ali, Hishammuddin Hussein and Hamzah Zainudin kicked up huge racial sentiments on both the Malay and non-Malay ends.

It was an attempt to form a new Malay unity coalition government without the participation of the DAP and Amanah. Muhyiddin was very concerned that “divergent views among us because of different ideological beliefs are becoming more pronounced now”.

The viability of the Bersatu-DAP coalition relations was being seriously questioned and there were huge pressures from the hawks in Bersatu on him to act against the DAP. He hosted a small dinner between top Bersatu and DAP leaders on October 29, 2019, to find ways to save the coalition.

Both parties agreed that the extreme narratives on both Malay and non-Malay fronts are resulting in us suffering in the middle. We should do more to hold the coalition together.

The meeting effectively but temporarily fended off the attempted October coup by the troika of Azmin, Hishammuddin and Hamzah using the DAP as a bogeyman. However, Harapan’s image did not improve, especially when abused racially by its opponents.

On the night of November 16, 2019, I was in the operations room with Muhyiddin and his inner circle watching the results of the Tanjung Piai by-election streaming in.

The demoralised Muhyiddin commented that “this was worse than a tsunami.” Peculiar moves, stranger motives 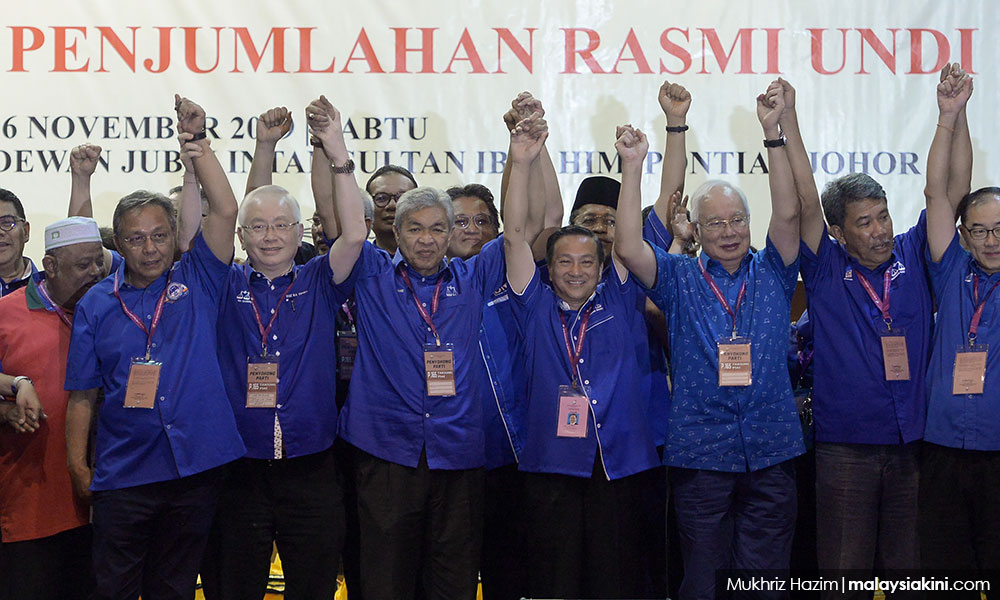 A special Harapan presidential council meeting was held on November 23, 2019, with the sole agenda of discussing the presentation by Muhyiddin as chairperson of the Harapan election campaign committee.

He outlined the following political challenges:

- To handle race and religion issues wisely by taking a more moderate and cautious approach
- To change the image of the DAP being anti-Malay, Bersatu anti-Chinese
- To discipline party members who criticise their own party or criticise leaders of another Harapan component party
- To handle the transition between the 7th PM and the 8th PM wisely
- To reshuffle the cabinet to show that Harapan has a high-performance cabinet

Muhyiddin proposed that Harapan should work towards recovering to a level of 60 percent approval rating within a year’s time. After the special meeting and as Parliament went into recess, Muhyiddin went for a year-end overseas trip in late December and part of January. He returned looking very fresh and he was in very good health.

Mohamad Sabu met Muhyiddin on January 22, 2020. Their meeting left the former with a very strange feeling. The then defence minister confided with me that he was worried that Muhyiddin had a new idea that was against the basic principles of Harapan.

It seemed that Muhyiddin was thinking of some form of Malay unity government and he was no longer keen on Anwar becoming the next PM.

On January 31, I attended a Chinese New Year event with Muhyiddin in Grisek in his Pagoh constituency. Subsequently, I visited Muhyiddin at his house for a long chat on February 5. He was very friendly to me, as always. But I detected a change in his view.

For him, if nothing was changed in Harapan, then Bersatu would lose badly in the next general election. I gave him a counterview that Bersatu would be eaten up alive by Umno and PAS in any form of Malay unity coalition, hence the best partner for Bersatu was the DAP as there would be little competition in seats. 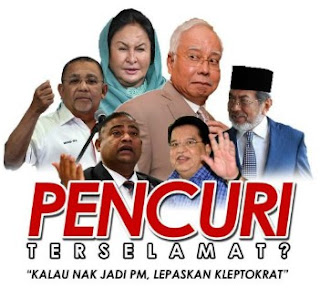 UMNO's voice is getting louder each day...

That day I went away with a feeling that something strange had happened, something had changed in him but I believed he was still weighing his options. I thought that the honourable Muhyiddin who always saw the larger picture and was prepared to concede to Mahathir in 2017 would probably still be there.

I hoped that the Muhyiddin who repeatedly thought of quitting would not be tempted by worldly positions but would think about his legacies. But he is only human. Perhaps the temptation was so great he couldn’t resist anymore.

Perhaps his frustration with Mahathir, the prompting of the Malay troika of Azmin, Hishammuddin and Hamzah and his own ultimate ambition of becoming PM finally tilted him towards the Sheraton political coup on February 23.

I am sad that my elderly friend Muhyiddin has chosen this path. His good deeds in the epic fight against Najib Razak’s kleptocracy are now giving way to an image of power-grabbing without a legitimate cause. Perhaps Dr Jekyll has been transformed into Mr Hyde.

Some leaders and supporters of the Muhyiddin-led loose coalition Perikatan Nasional are back with their old nasty tactic of vilifying the DAP in their attempt to inflame racial hatred. Let me just say this to my elderly friend Muhyiddin. I am a DAP member.

In four years between 2016 and 2020, each time you asked DAP for help, we never failed you, we did everything possible to assist you. Playing the anti-DAP card to justify the existence of the Perikatan Nasional coalition would only make you seem hypocritical.  - Liew Chin Tong,mk